The SNB booth at CTNX 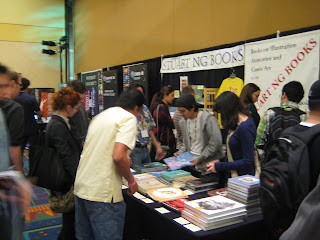 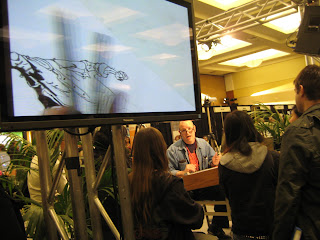 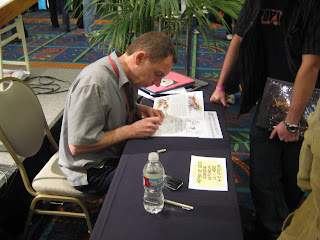 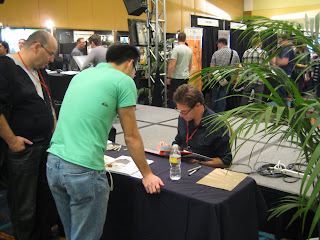 Just when you think conventions are only getting worse, here comes a show that reminds us why cons are fun...
It's been almost a year, and we are still appreciating the overflow crowds and overwhelming welcome we all experienced at the new convention.... the very first ever Creative Talent Network Animation Expo (CTNX) held in Burbank in November 2009.
This show delivers what we all miss about the old days of Comic Con. The CTNX show is smaller in scale, but at a first class venue, and the focus is on seeing the artists in person. There really is time and space at this show to see the artists at work during demos and programming. There's also a wonderful emphasis on making personal connections.

Since this was the first year, the show is still finding itself. It will be interesting to see how it evolves.

Organizer Tina Price made the show comfortable and fun for the exhibitors... but I don't think any of us where prepared for the size and enthusiasm of the crowds of attendees. There was a good mix of professionals, instructors and students... this event more than others is really focused on artist appreciation.
When Tina first told us about her plans to start this expo, I was impressed with her courage. It was a leap of faith to launch a convention in this economy.... but she was right. Stuart was right there too, answering her request for his suggestions for guest artists. Tina knows a LOT of people, but she was also eager to reach out to artists that she felt would complement her event. This synergy continues....

The buzz is even better for CTNX 2010 with special guest artist Moebius confirmed to attend.
Find more info about CTNX at http://www.ctnanimationexpo.com/. Stuart Ng Books offers a code with a 10% off your registration fee for this expo. Find the code at http://www.stuartngbooks.com/
Posted by aw at 5:19 PM No comments: