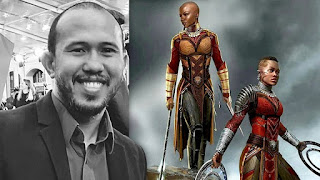 Concept artist Anthony Francisco and his concept art for the Dora Milaje. 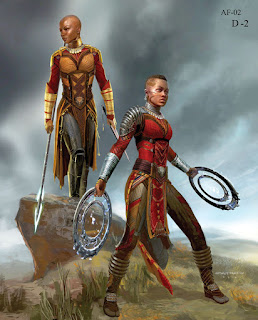 UPDATES BELOW WITH MORE LINKS AND CLIPS


Concept art above is by Anthony Francisco.... From his Instagram.. along w/ this quote...


anthony_francisco_art#Repost@marvel_avengers_fans with @instatoolsapp ・・・
New Black panther Concept art of Okoye and Nakia, the Dora Milaje...Art by @anthony_francisco_art -- hey all just sharing some concept art of mine that's been making its rounds today!
I am so happy I got to work on #blackpanther ! When our head of visual development at marvel studios,@ryan_meinerding_art , tasked me with defining the look of the #doramilaje I knew this was a great opportunity for me to design some pretty tough women! I tried to keep it close to the characters from the comic books. If you don't already know @andyparkart has designed a lot of the female super heroes in the #mcu.
I am always greatful for this opportunity and happy that Ryan Coogler chose my designs for the #doramilaje ! This is the exact image that was sent to the #costumedepartment to create the final look you see on screen. Thanks to the amazing @iamruthecarter and her team , she truly brought my designs to life! And brought so much culture to the movie .
Can't wait for the #blackpantherworldpremier !! 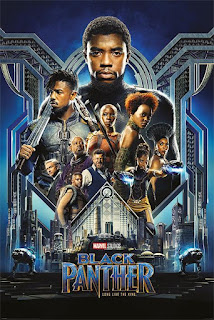 Costume designers combine historical research with screen demands for costumes that must be usable for actors and can be captured on film. Some fabrics don't film well. Some costumes get CG enhancement. Some costumes look less spectacular in person than on the screen. All of these factors must be considered by the costume department.

Costume designers win Oscars.... but before their work begins, costumes are part of the work of concept artists.

So much of the look (and success) of the Marvel Universe films owes a debt to the concept art team. They are finally getting some recognition.

SNB has featured several "Art of " books... signed by members of this team. 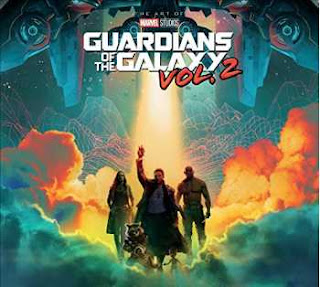 Here's part of what she shared:

"Do note that missing from this video (see link below) is credit to the amazing initial concept work the visual development team led by Ryan Meinerding did (i.e Dora Milaje are completely from the mind of Anthony Francisco!)! But its so exciting to see the beautiful results of this giant group collaboration!
Personally can’t wait to share what we all did! Agh cant wait!"

Concept Artists are getting more recognition. These artists were the focus of a book signing event at a major theater chain screening in Los Angeles. 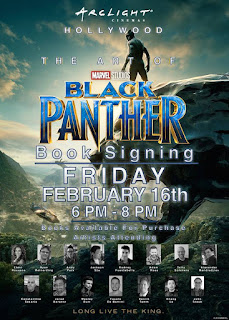 More Links and Video on the art of Black Panther...


Notes on a scene 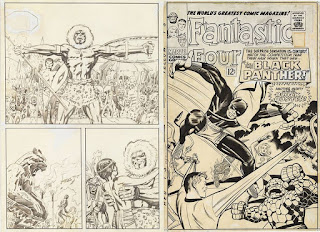 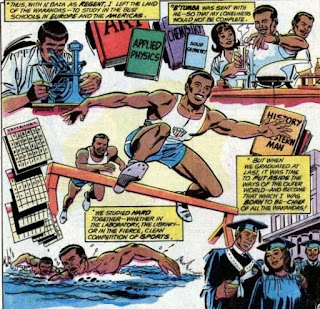 So Amazon is trying for "transparency????" 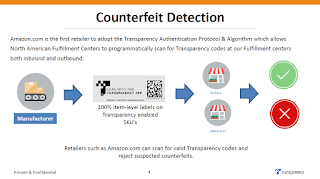 
"In January, Holly MacLean got an invite from Amazon to join a stealthy anti-counterfeit program for sellers. The service, called Transparency, aims to bring in 1,000 brands this year to test new technology designed to help clean up Amazon's sprawling and chaotic marketplace.
Unlike Amazon's own e-commerce business, which the company controls completely, the Amazon Marketplace features millions of independent sellers across the globe listing hundreds of millions of items. Launched in 2000 after several early attempts to create third-party services, it has become an increasingly important part of Amazon's business, and now accounts for over half the company's e-commerce volume. Rapid expansion has forced Amazon to deal with a surge in counterfeits and unauthorized selling.
That said, MacLean felt she was a very odd choice to help Amazon impose more order. Her company has been crushed by impostors on Amazon — and she blames the tech giant for being unable or unwilling to stop it."

Many previous posts here on the blog on Copyright for Indie Artists and how to Combat Art Theft. Here are some links:

http://stuartngbooks.blogspot.com/2016/06/copyright-101-infographic-by-lili-chin.html
Posted by aw at 3:17 PM No comments: 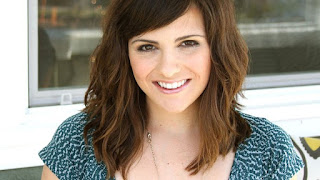 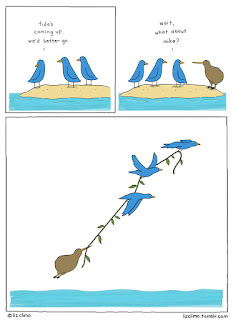 Learn from pros like her. Make your art work for you. Online art is NOT free. It's the work of artists. They deserve credit and compensation.
Posted by aw at 1:02 PM No comments: