B is for Ben Franklin (and Family Fun!)

Why not combine a visit to our showroom on Saturday Jan 14th... with this terrific program at the International Printing Museum just 10 mins from us! Great for the whole family. 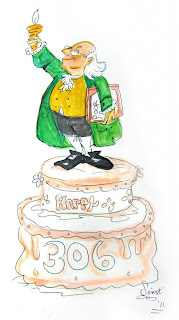 The Printing Museum Invites You
to Come Celebrate…

Come celebrate our Founding Father Ben Franklin’s Birthday at the Museum! Join the festivities with cake, punch and more. Activities will be going on all day including making your own Almanac “the 18th century way” and hand printing your own Colonial keepsakes using our antique type and printing presses.

11:00 AM – The Inventive Dr. Franklin (Family Version). Family show recommended for all ages.

1:00 PM – The Inventive Dr. Franklin (Adult Version) including a symposium at 2:15: “Ben & Me” – An actor’s view of Franklin and his time with Phil Soinski (AKA – Ben Franklin). Adult show recommended for
15 or above in age.

Ronald Searle - a Legacy in Line 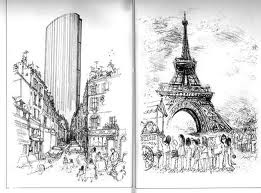 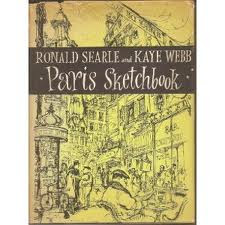 Here's a quote from John Walsh article in THE INDEPENDENT from Jan 4, 2012:

The main inspiration for Searle's view of human nature was his wartime incarceration in a Japanese POW camp and on the Siam-Burma Death Railway. Afflicted with malaria and ulcers, starving and close to death, he kept drawing his emaciated fellow prisoners, to leave behind a record of their experiences; he was obliged to hide them under the mattresses of those dying of cholera (the guards would not go near, for fear of infection). Most of the pictures are now in the Imperial War Museum.

Searle was immensely prolific in the 1950s and 1960s, drawing for scores of magazines including Punch, The New Yorker, Life and Holiday. His unmistakable figures, now in Edwardian garb, could be found in the credit sequence of the movies Those Magnificent Men in Their Flying Machines (1965) and Monte Carlo or Bust (1969) and he published several books of drawings – his favorites subjects were cats and the streets of Paris – over the next three decades. 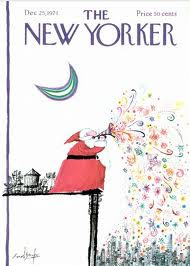 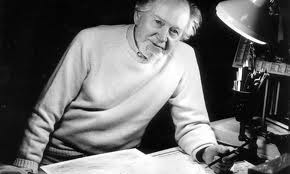 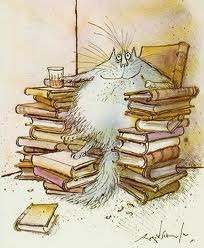 Read the rest of John Walsh's article in THE INDEPENDENT via this link:
http://www.independent.co.uk/news/people/news/master-of-st-trinians-the-death-of-ronald-searle-6284587.html
In the So Cal area? This Searle Exhibition runs from Jan 7th - 29th:
http://www.gallerynucleus.com/gallery/exhibition/335
More on Searle and his influence on animation in this post from blog by Andreas Deja:
http://andreasdeja.blogspot.com/2012/01/ronald-searle.html
Posted by aw at 10:52 AM No comments:

A is for Alan Rickman

From "Sense and Sensibility" to Severus Snape.... my heart belongs to Alan Rickman! 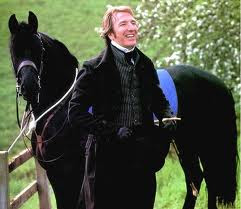 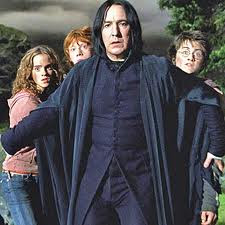 What a way to start the new year... check out this interview with Alan Rickman from the LA Times "Hero Complex" blog
http://herocomplex.latimes.com/2011/12/30/harry-potter-alan-rickman-looks-back-on-decade-of-dark-magic/#/10 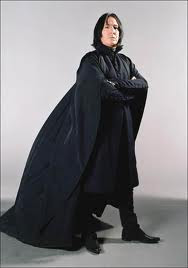 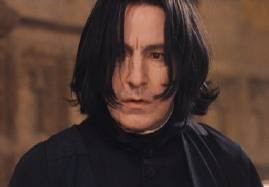 Here at the blog we're still celebrating all the gifts of inspiration from December... and maybe an Alphabet theme for the New Year.

The posts for December evolved a theme: "The Gift of Inspiration." (The Dec 21 Post is a special gift from Terryl Whitlatch... a finished image that gets its worldwide debut here on the blog!) This theme also fits well with this special story:our publication of the Pres Romanillos sketchbook. Here's the cover: 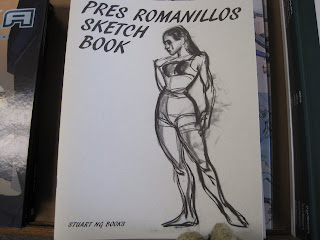 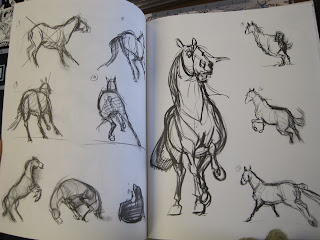 Below is a shot of the book in process, while we were reviewing all the original art with Jeannine.... 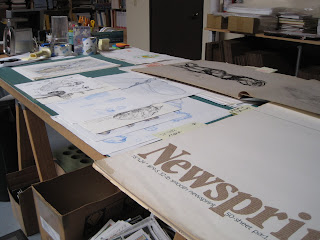 Of course, there's a story behind every book in our inventory... but the story of the Pres sketchbook is something to be cherished. Read more on the Nov 21st post... or on our website athttp://stuartngbooks.com/new-arrivals/romanillos-pres-romanillos-sketchbook.html
Posted by aw at 10:12 AM No comments: