Here are 3 posts on recent Angouleme festival in France. Mostly pictures... for more on Angouleme, see my posts from 2009.
Here is sunset view from the New York Tents at west end of festival: 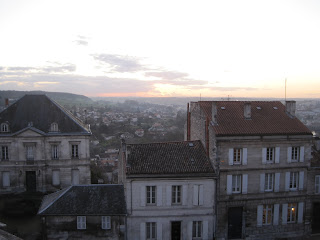 The "Hotel" that isn't a hotel, it's the town center: 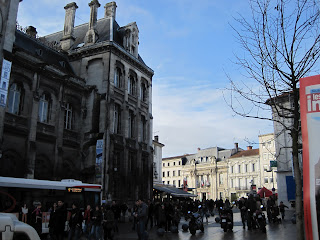 One of many buildings in the city with a Bande Dessinee-esque mural. (These murals are up all year; not just for the festival) 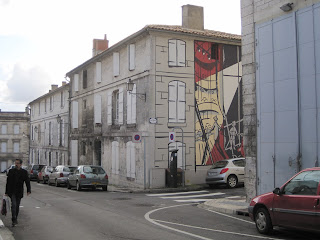 The Herge statue in near the center of town is permanent; the tent behind is one of the many tents put up throughout the town for the festival. 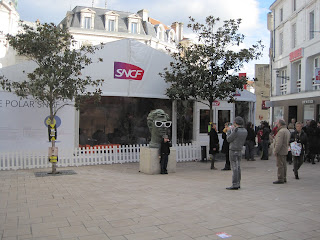 Inside one of the tents. Here's one of several "festival" booths selling souvenirs of the show: 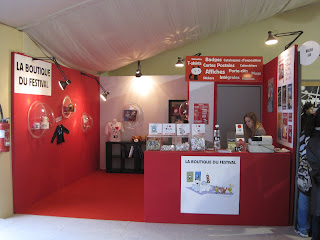 This year, we dropped off Stuart Ng Books cards at the freebie table. Happy to say they were snapped up! 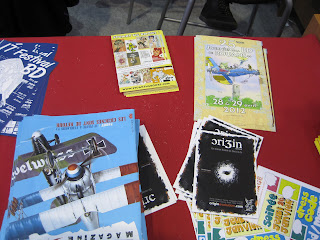 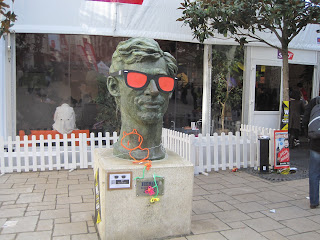