If you are a freelancer in California, new statute California AB 5 will impact you beginning Jan 1, 2020.

If you are not in California -- this law is an ideal case study to follow. 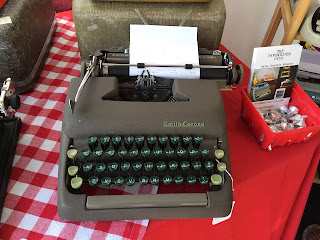 Laws are a process. They go through many changes as a bill. They continue to go through changes once they are enacted.

The intent of this law is to push back against employers that are abusing freelancers. Getting the law refined to protect freelancers is the next step. It will take time. It will happen faster if freelancers stay involved with the process.

Stay informed. Watch cases that develop. Contact your representatives with feedback. Make your voice heard. Be part of the solution.

UPDATE 12.18.19
LA Times article "Freelance journalists file suit, calling AB 5  unconstitutional"
https://www.latimes.com/business/story/2019-12-17/freelance-journalist-ab5-lawsuit
Quote: "Freelance writers and photographers are not the only critics of the law....Gig-economy companies such as Uber, Lyft and DoorDash launched a campaign against the legislation, arguing that treating workers as employees would hobble them in California, one of their biggest U.S. markets, and set a precedent for other states to enact similar legislation. The companies have said they will spend tens of millions of dollars on a ballot measure opposing the law if they are not able to carve out alternative rules for drivers."

This looks to be one of the "cases that develop" referenced above...

UPDATE 10.30.19
I listened to an hour-long legal guidance discussion with 2 Intellectual Property attorneys and an employment attorney about AB 5 and its impact on musicians, artists, industry free lancers, and small businesses using free lancers. The roll out for this law in January will likely end up in court cases where a lot of the answers we're looking for will get sorted out. Regarding film industry jobs, it's unlikely there will be much change in how business has always been done between studios/production companies and free lancers. No free lancer is going to want to black list themselves by bringing a wage claim case to enforce the AB 5 provisions. If you are a free lancer and you are working all the time for the same company, it's likely in your best interest and that of the company to transition to employee statues. But if you like free lancing and working for a variety of industry companies, chances are you won't see much change after Jan 1st. However -- this is all just guidance, not legal advice. Talk with a lawyer if you have specific questions. These weekly online sessions are a benefit from the legal service I've subscribed to for several years. If you join the monthly subscription service you can have access to this and all the other hour-long online discussions. Link for the service: https://counselforcreators.com/creators-legal-program/

This is a link for the complete text of AB 5
https://leginfo.legislature.ca.gov/faces/billTextClient.xhtml?bill_id=201920200AB5

AB 5 will be enacted before the CASE Act, and may provide some helpful examples of how to refine that law to protect artist rights.

Here is a recent article on California AB 5 from the Los Angeles Times:

Quotes:
"The initial blow — and the trigger for the employer’s decision in Conroy’s case — was the California Supreme Court’s so-called Dynamex decision of 2018, which tightened the rules for when a worker must be considered a company’s employee rather than an independent contractor. But what’s generated more angst among the freelancers in journalism is Assembly Bill 5, a statute enacted this year that codified the Dynamex decision and expanded its reach...

Concerns about the impact of AB 5, which goes into effect on Jan. 1, have been percolating for months. But anxiety seemed to surge over the weekend, after an article in the Hollywood Reporter painted an especially dire picture of its consequences...

(there are)...clear virtues of AB 5, as well as the difficulties inherent in trying to draft a remedy to the well-documented abuses suffered by freelance writers and photographers at the hands of publishers unfettered by workplace standards."

also the Hollywood Reporter article referenced in the LA Times link above:

"Everybody is  Freaking Out -- Freeelance Writers Scramble to Make Sense of New California Law" By Katie Kilkenny.
https://www.hollywoodreporter.com/news/everybody-is-freaking-freelance-writers-scramble-make-sense-new-california-law-1248195

"The bill, which cracks down on companies — like ride-sharing giants Lyft and Uber — that misclassify would-be employees as independent contractors, has been percolating through the California legislative system for nearly a year. It codifies the 2018 Dynamex decision by the State Supreme Court while carving out some exemptions for specific professions.
But the exemption for freelance journalists — which some have only just learned about via their colleagues, press reports, social networks and/or spirited arguments with the bill's author on Twitter — contains what some say is a potentially career-ending requirement for a writer to remain a freelancer: If a freelance journalist writes for a magazine, newspaper or other entity whose central mission is to disseminate the news, the law says, that journalist is capped at writing 35 "submissions" per year per "putative employer." At a time when paid freelance stories can be written for a low end of $25 and high end of $1 per word, some meet that cap in a month just to make end's meet."