A major benefit with SDCC @ home was online access to top tier panels. No more standing in lines! I sure hope the success of these online format panels will make more of these possible at cons in the future -- both online and in person.

Here are some panels I enjoyed seeing online and recommend.

Charlize Theron -- Evolution of a Badass
"Actress and producer Charlize Theron reflects on portraying over two decades of action heroes, from Æon Flux to The Old Guard's Andromache, Mad Max: Fury Road's Furiosa to Atomic Blonde's Lorraine Broughton. In a lengthy retrospective Q&A moderated by IGN's Terri Schwartz, Theron discusses the evolution of the modern female action hero, the roles that inspired her and what drives her to constantly push her limits with fight training."

Watch this inspiring interview to learn the connection Charlize felt between Furiosa and Ripley. Also learn now NOT to pitch a female action character to her. 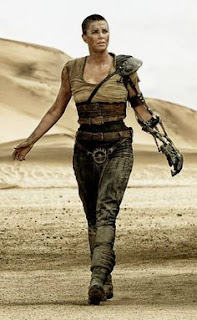 Many advice gems in this panel. Tips on pitching; bringing diversity to casting; why you should cut your own trailer and how that makes act three of your story stronger; amazing story about table read for a version of a film that didn't happen, but still turned out great; and concludes with sharing "pinch me" career highlight moments that will make your day.

Masters of the Illustrated Film Poster
"The history of the illustrated movie poster can be tied into the history of art itself, the panelists have expressed that they have 'learned from the masters' and that 'we all stand on the shoulders of giants.' This year we welcome artist Paul Shipper (Star Wars: The Rise of Skywalker) as host to the ASIFA Hollywood panel featuring artists Steve Chorney (Once Upon a Time in Hollywood, Who Framed Roger Rabbit), James Goodridge (Deadpool, Alita Battle Angel), Greg Hildebrandt (Star Wars), Rory Kurtz (The Graduate, Baby Driver), Robert Rodriguez (The Jewel of the Nile, City Slickers II), Akiko Stehrenberger (Girl on Fire, The Last Black Man in San Francisco), William Stout (Wizards, Life of Brian), and Drew Struzan (Hook, Back to the Future)." 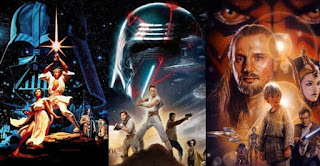 This 7.25.20 NY Times article discusses how several indie artists coped with no Artist Alley.
"Comic-Con Is Online, and So Is the Artist Alley"https://www.nytimes.com/2020/07/25/style/comic-con-online-artist-alley.html?referringSource=articleShare
Posted by aw at 3:28 PM