UPDATE 5/28 --- GOOGLE does credit the artists of most of these doodles -- links and names added!

Today's Google Doodle celebrates 107th b'day of Rachel Louise Carson -- writer, scientist, and ecologist. The Google Doodles are so much fun -- and spark a discovery journey to learn more about the subject. Only wish Google would CREDIT THE ARTIST(S). Does anyone know??? (online searching revealed more info and updates added 5/28) Google just credits an anonymous "team of talented illustrators" at this general link on doodles here: http://www.google.com/doodles/about

Google Doodles are a wonderful example of how curiosity inspired by an image can help you learn something new every day :)

Here are some links to learn more about Rachel Carson:  http://www.chemheritage.org/discover/online-resources/chemistry-in-history/themes/public-and-environmental-health/environmental-chemistry/carson.aspx
and here  http://www.rachelcarson.org/Biography.aspx#.U4SzqHJdXTp

Carson Doodle is by artist Matthew Criukshank. More on this doodle here:
http://www.google.com/doodles/rachel-louise-carsons-107th-birthday

This graphic design doodle honors scientist Dorothy Hodgkin, a pioneer in work on the structure of chemical crystals. Here's a brief bio from the Facebook page "Physics Today" :
It's the birthday of Dorothy Hodgkin, who was born in 1910 in Cairo, Egypt. Hodgkin studied chemistry at Oxford University and crystallography at Cambridge University. She was a pioneer in the application of crystallography to proteins. With her collaborators she derived the 3D structures of several important biomolecules, including penicillin, vitamin B12 and insulin. Hodgkin was awarded the 1964 Nobel chemistry prize for her discoveries.
Link for more info on Dorothy Hodgkin:
http://www.chemheritage.org/discover/online-resources/chemistry-in-history/themes/molecular-synthesis-structure-and-bonding/hodgkin.aspx

Hodgkin Doodle is by Leon Hong. More on this Doodle here:
http://www.google.com/doodles/dorothy-hodgkins-104th-birthday

Mary Anning's Google Doodle celebrated the 215th b'day of the world's first fossil hunter. She was one of the very first women scientists -- and best of all, she was recognized by her peers for her contributions. Learn more on Mary Anning: :http://www.strangescience.net/anning.htm
and here http://www.lymeregismuseum.co.uk/in-the-museum/mary-anning
and also here http://www.ucmp.berkeley.edu/history/anning.html

All the images in the doodle above just scratch the surface of the accomplishments of scientist Percy Julian. He held over 100 chemical patents and it's his work that opened the doors to a range of chemicals and plant-based medicines in wide use today. In spite of all the obstacles in his path, and the bitter racism he endured, he refused to give up. In the end, he was a wealthy and recognized leader in business and science. A true visionary and pioneer.
Links on him here:
http://www.chemheritage.org/percy-julian/
http://www.pbs.org/wgbh/nova/physics/forgotten-genius.html
http://www.pbs.org/wgbh/aso/databank/entries/bmjuli.html 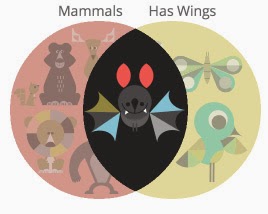 This Doodle from 2011 saluted Marie Curie's 144th b'day -- and arrived in the International Year of Chemistry celebrating (among other things) the 100th anniversary of Marie Curie's individual Nobel prize, won in 1911 for her work in chemistry. The 1911 award made Madame Curie the first person to ever win TWO Nobel prizes. She won her first Nobel prize in 1905 as a shared award with her husband Pierre Curie and another scientist, Henri Becquerel, for their work on radioactivity.

The artist for the Marie Curie Doodle is Jennifer Horn. Here's more info on the doodle: http://www.google.com/doodles/marie-curies-144th-birthday

Here are some books on Mary Blair  from the SNB website -- http://stuartngbooks.com/ 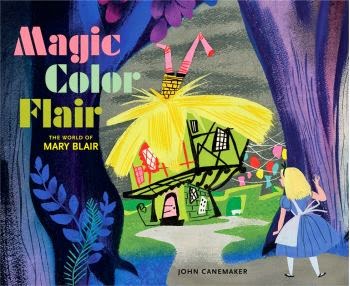 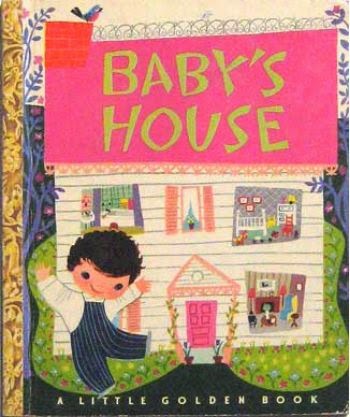 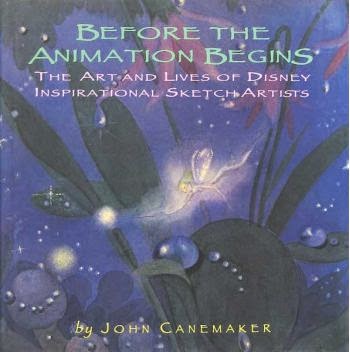 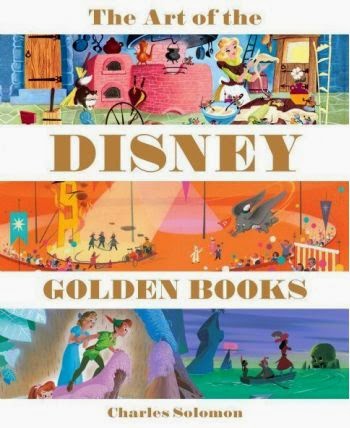 Doodle by Jennifer Horn. More info here: http://www.google.com/doodles/audrey-hepburns-85th-birthday
If you like the style of this doodle -- and Ms. Hepburn -- you might also enjoy images on blog post here from Oct 4, 2011 for book "Masters of Fashion Illustration" from SNB: 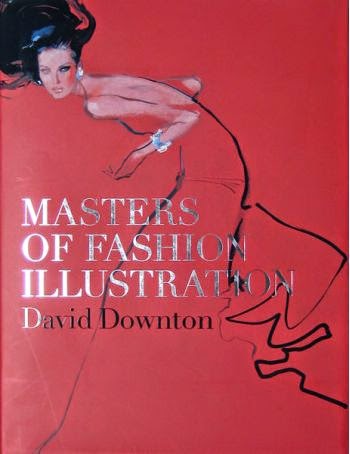 also book on artist Bob Peak, famous for his posters, including My Fair Lady 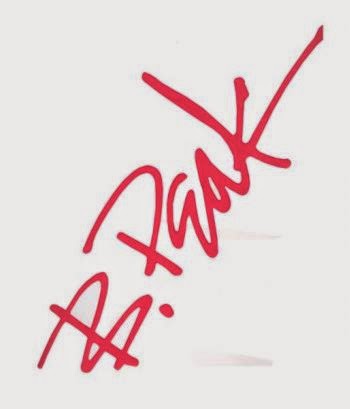 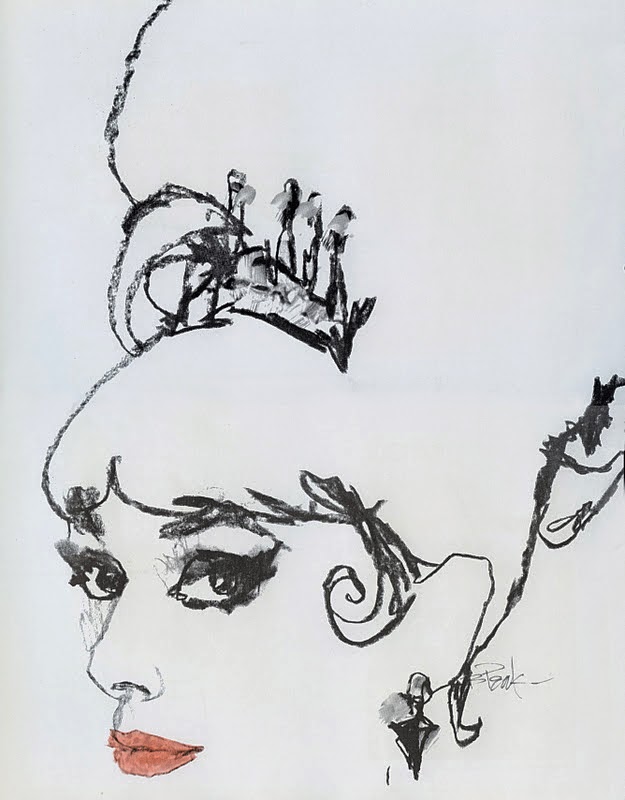 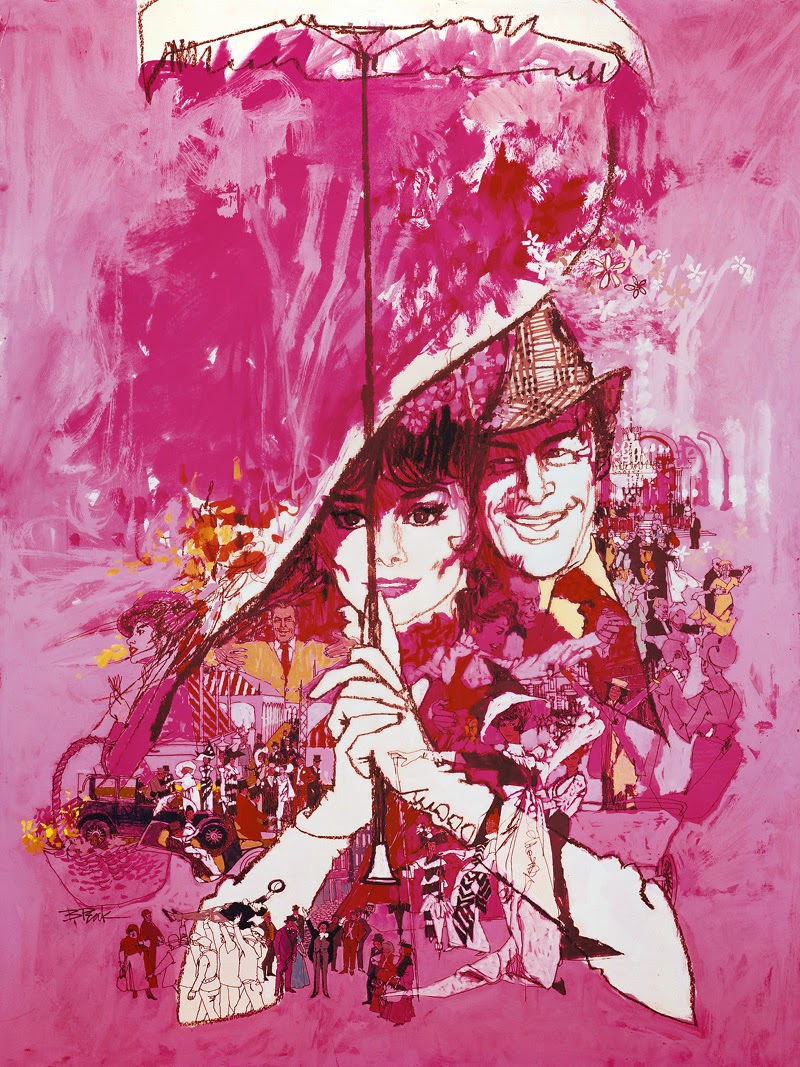 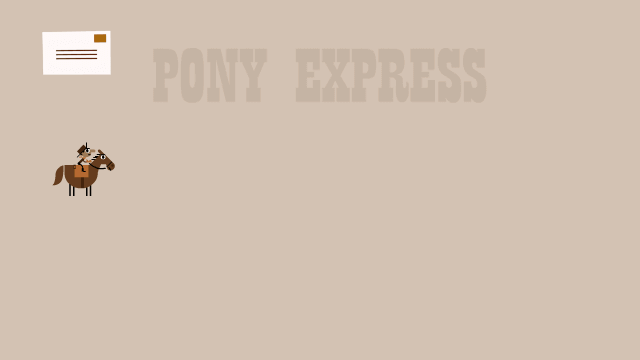 Did you know the Pony Express only lasted about a year (1860-1861). Here's link to historical timeline for Pony Express http://ponyexpress.org/pony-express-historical-timeline/

This link has more info on Google Doodle artist Nate Swinehart and the team behind the Pony Express Doodle and game... https://www.google.com/doodles/155th-anniversary-of-the-pony-express 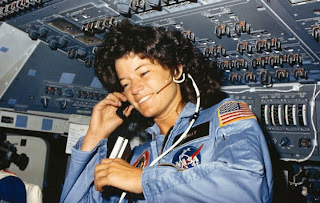 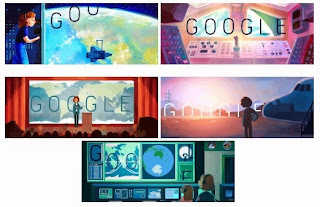 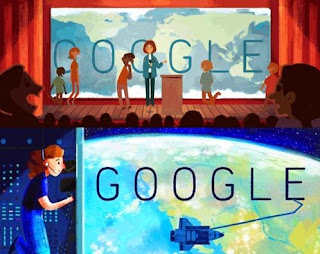 Link below to Google Doodle page contains animation by Nate Swinehart: a behind the scenes look at the doodle, narrated by doodle artist Olivia Huynh and Sally Ride partner Tam O'Shaughnessy, who authored the doodle blog post.
https://www.google.com/doodles/sally-rides-64th-birthday 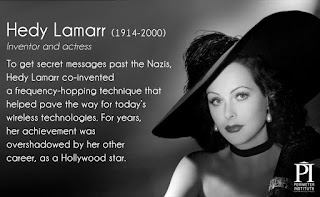 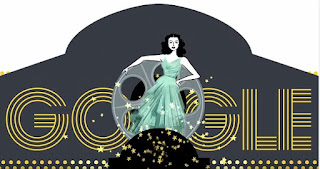 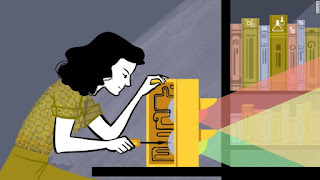 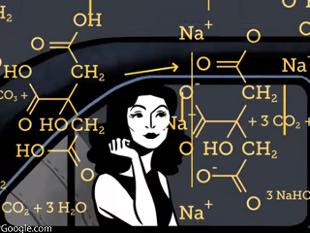 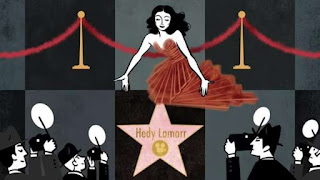 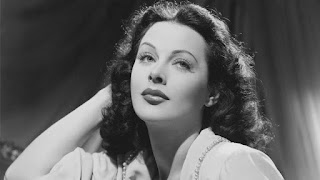 There is an annual Google Doodle contest for student artists --- K-12.
The contest has state and regional finalists as well as the national winner. The 2016 winner is high school student Akilah Johnson for her doodle "My Afrocentric Life" Here's what she said about her image:" My Afrocentric Google is drawn as a box braid, with my personal characteristics surrounding it. I based this picture off my lifestyle and what has made me into what I am today."

More info on the contest on the Google Doodle website: https://www.google.com/doodle4google/how-it-works.html 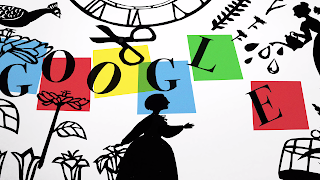 art for the doodle ... by Olivia Hyunh
This post includes link to a behind-the-scenes video clip about doodle's creation.
http://stuartngbooks.blogspot.com/2016/06/google-doodle-for-lotte-reiniger-early.html 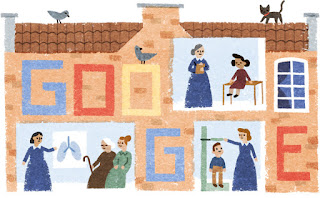 US Doodle for birder Phoebe Snetsinger (art by Juliana Chen)

links and behind-the-scenes of these doodles in this post: http://stuartngbooks.blogspot.com/2016/06/google-doodles-different-doodles.html 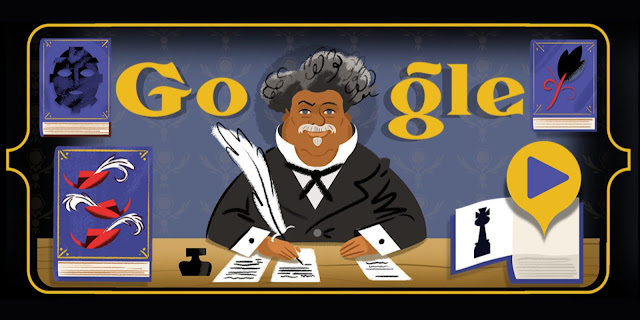 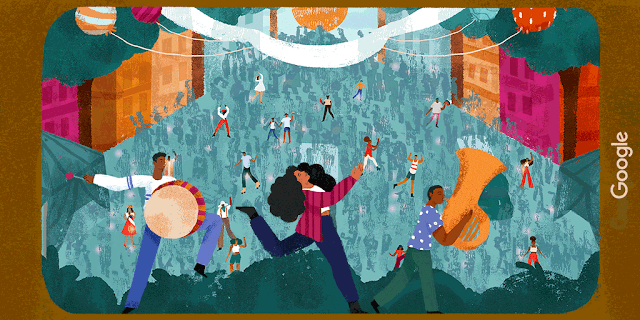 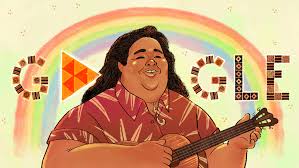 I just discovered this post while trying to find some of my old animations for John Venn. Thanks for going through all the trouble to credit the doodlers. :)