If you've ever been lucky enough to see Andreas Deja's wire sculptures, you can see why he's a fan of Wilhelm M. Busch's free-form horse sketches. Great examples of Busch's horses and Deja's thoughts on same in terrific post on Deja's blog -- here is link: 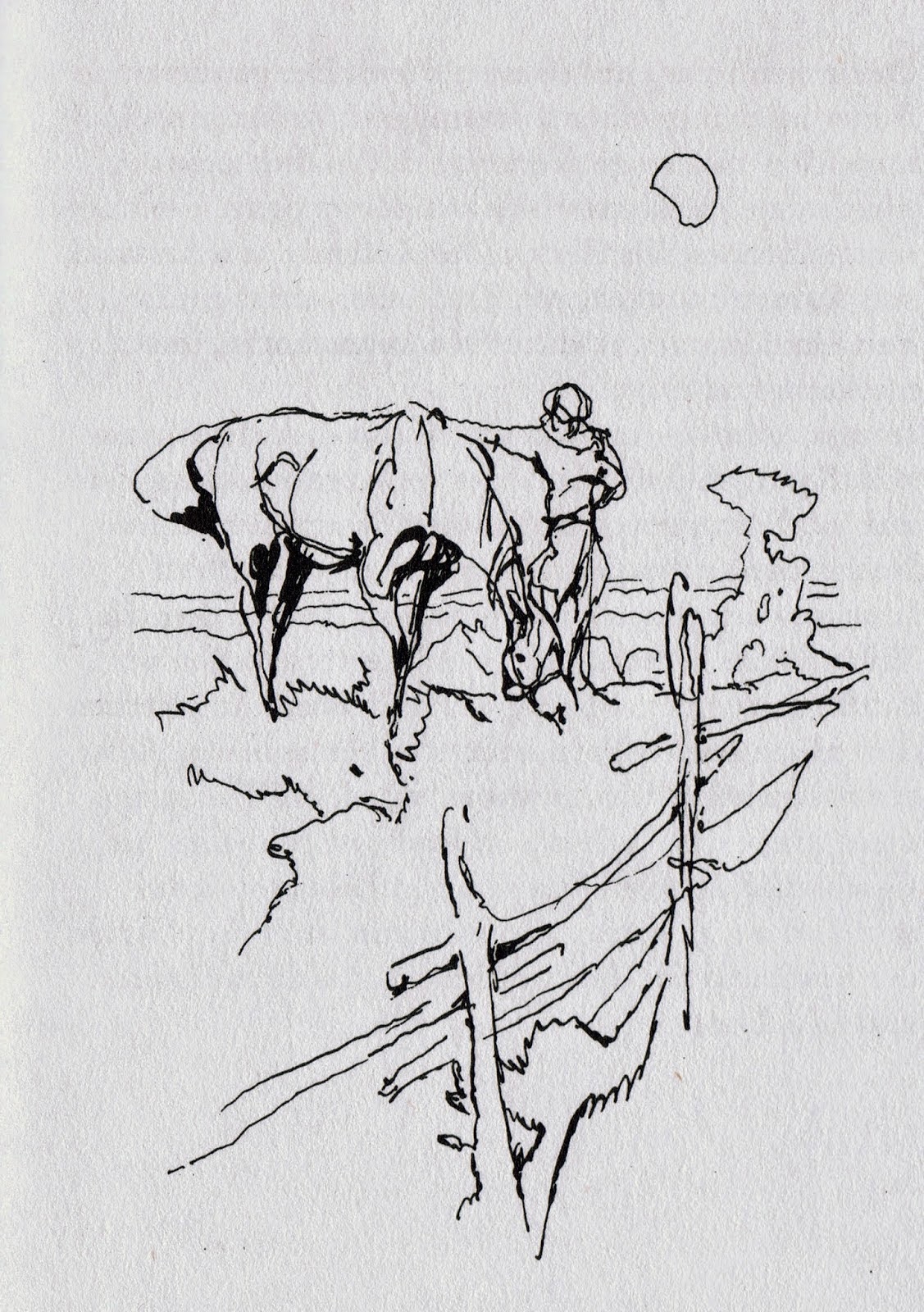 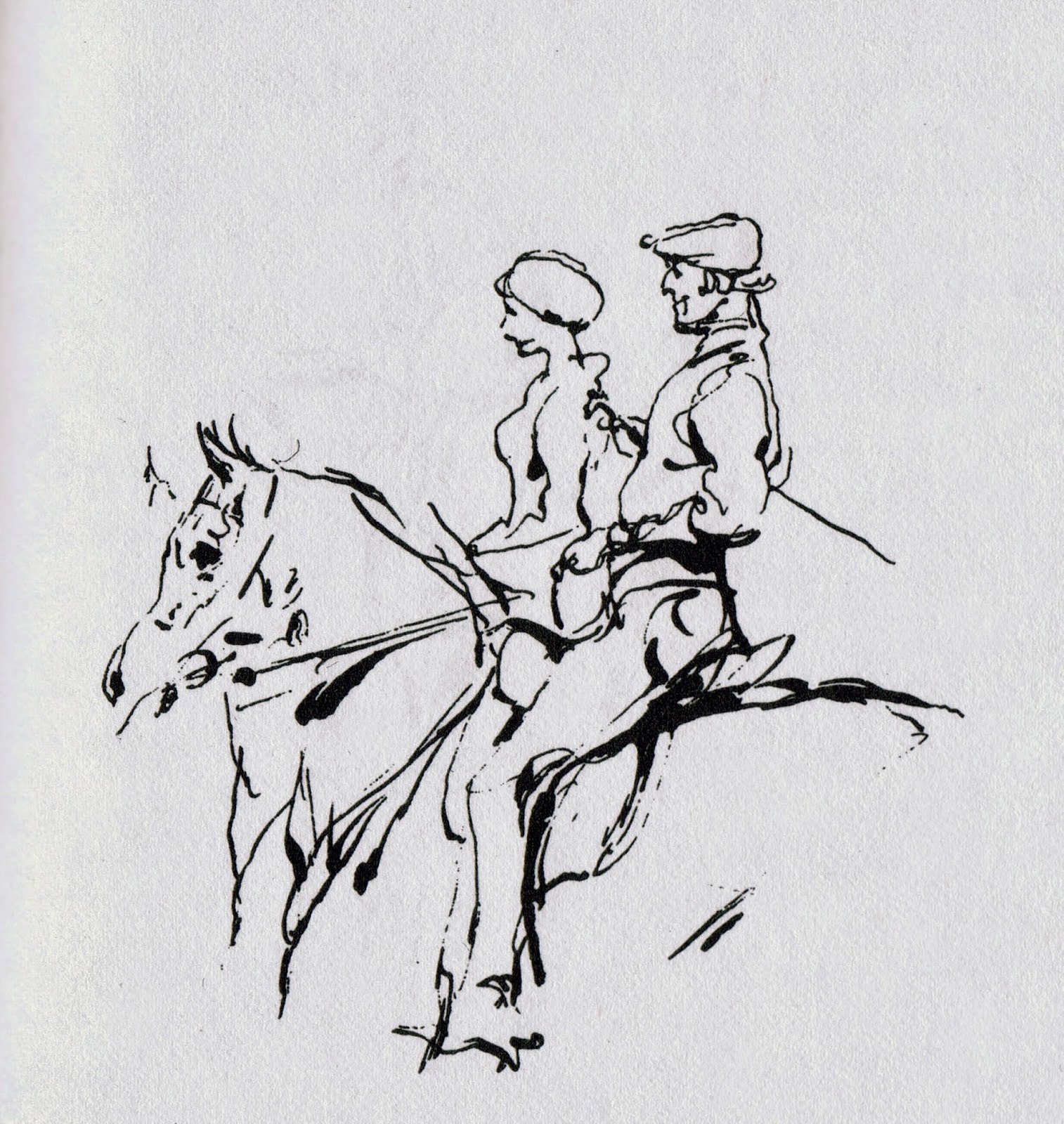 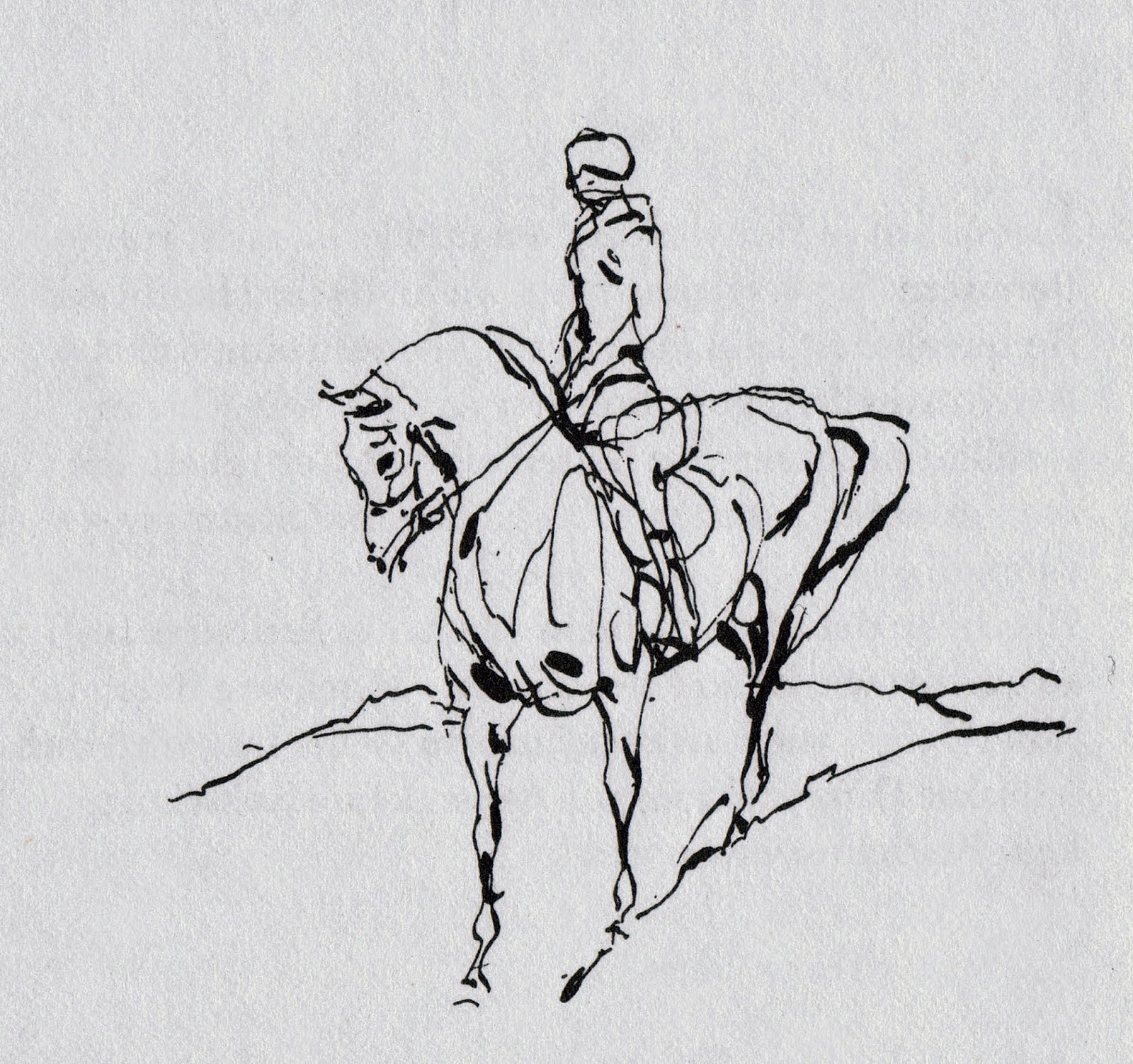 and here is a wire sculpture frog by Deja .. from the Art of Animals show held at Forest Lawn  in 2010 (more pics and info on that show here on the blog posts from aug and sept 2010). 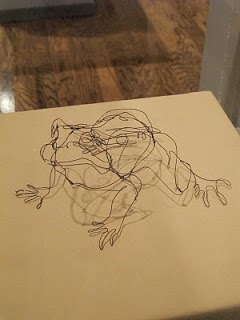 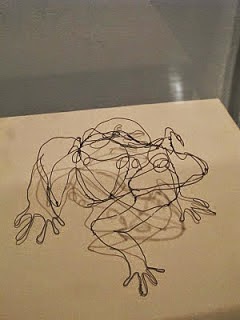 Below is link post on Andreas Deja's blog"Deja View"  for MINDBLOWING video clip of his wire sculpt of a "sleeping beauty" inspired squirrel. The sculpt does a 360 rotation ... Pure magic!

Can't get still image of sculpt -- so here is sample of "Sleeping Beauty" squirrels that inspired it. These image come from a different post on the Deja blog. His blog is a free grad school on animation art and history!!! View full "most beautiful Squirrel" post here:
http://andreasdeja.blogspot.com/2011/11/animations-most-beautiful-squirrel.html

Here's Deja's text on these two samples:
"To me the most beautiful and elegantly designed is the squirrel from "Sleeping Beauty". Based on rough character sketches done by Tom Oreb (first Image), it was Milt Kahl -again- who drew the final design and animated a few important personality scenes. The drawings below are actual animation keys, which were cut out and mounted on to this model sheet.
I purchased a single pose from it (the one on the top right) a few years ago. It had been separated from the sheet and then reproduced for Disney's  "The Art of Animation" exhibit, which toured the world in 1959 to help promote the release of "Sleeping Beauty".
To my absolute delight, the original model sheet (minus that one drawing) was offered to me years later, and I was able to complete it again." 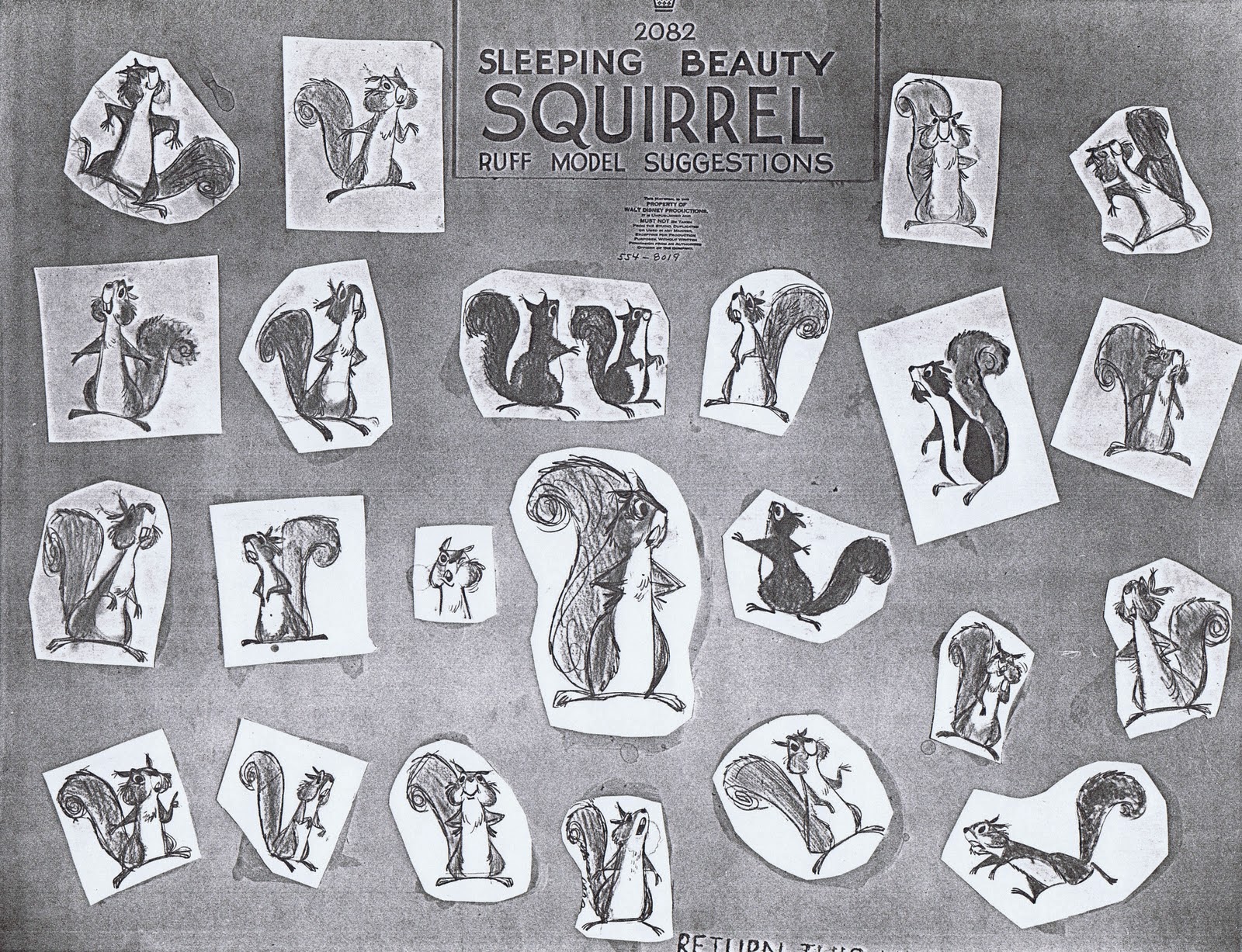 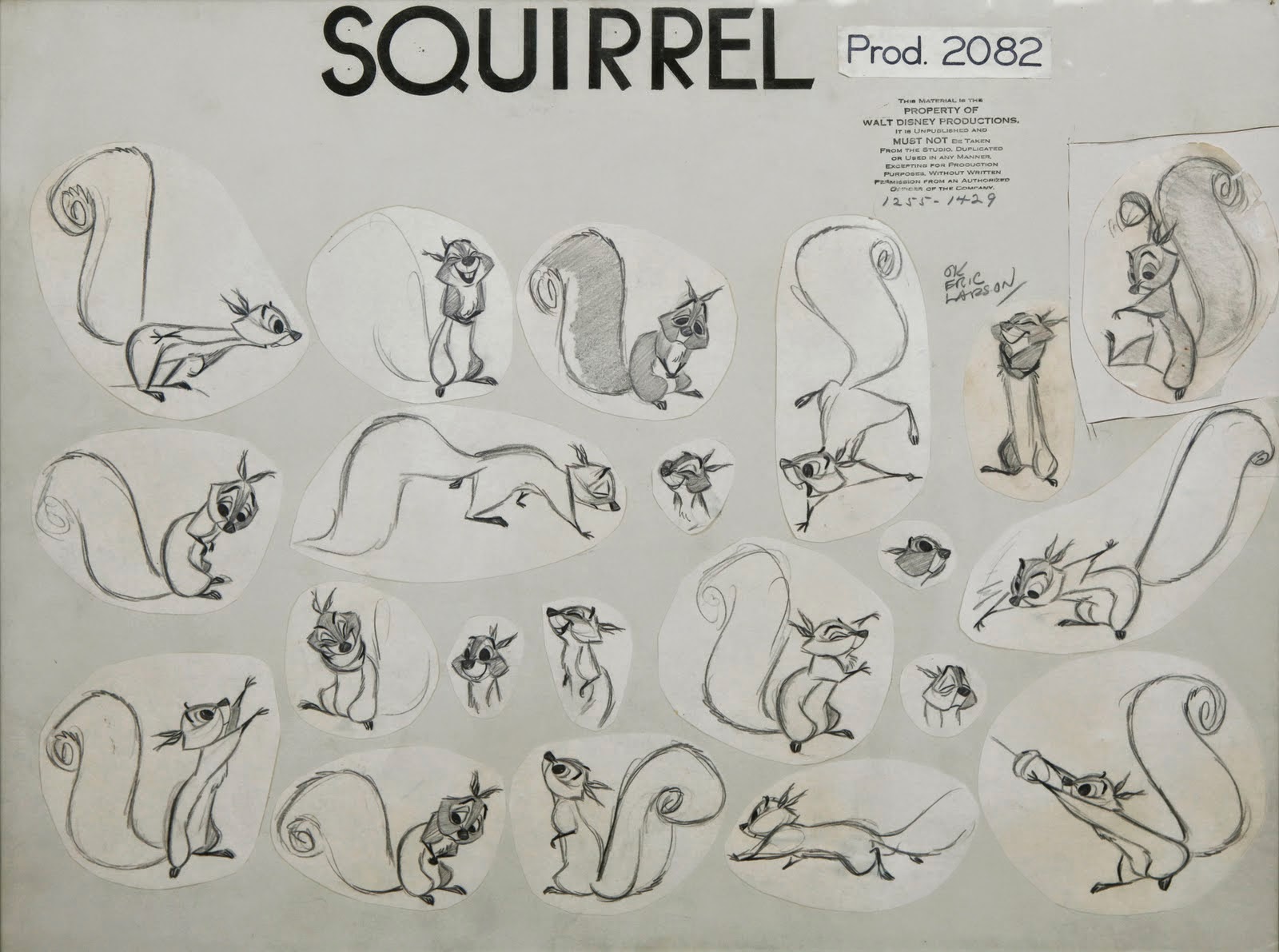 Here is link to video clip of the Andreas Deja squirrel wire sculpture in motion: