A popular one on my walking route to the Ralphs (see post "comic con survival guide" ) was an elaborate set-up sponsored by the History Channel... if you were willing to stand in the long line, they would dress you up like a Viking and put you in a green-screen scene from the production of their Viking series. 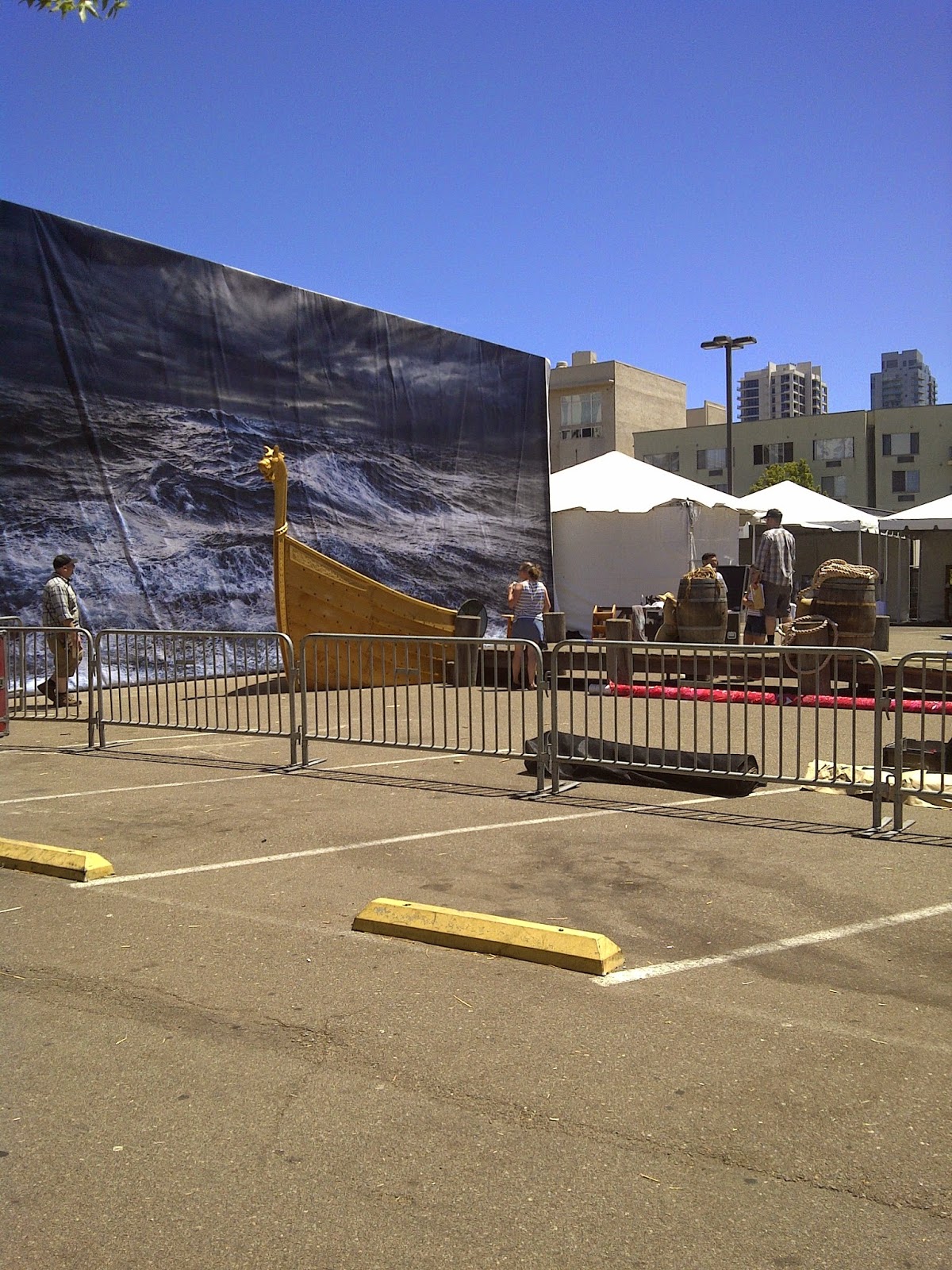 Meanwhile.. inside the con the amazing Hilly and Hannah Hindi of the Hillywood show were appearing in the autograph area and wandering the hall. I took this snap in the main lobby. I became a big fan of their video parodies years ago when they were doing send-ups of the Twilight saga ... and they continue to amaze. Here's a link to their website: http://www.thehillywoodshow.com/ 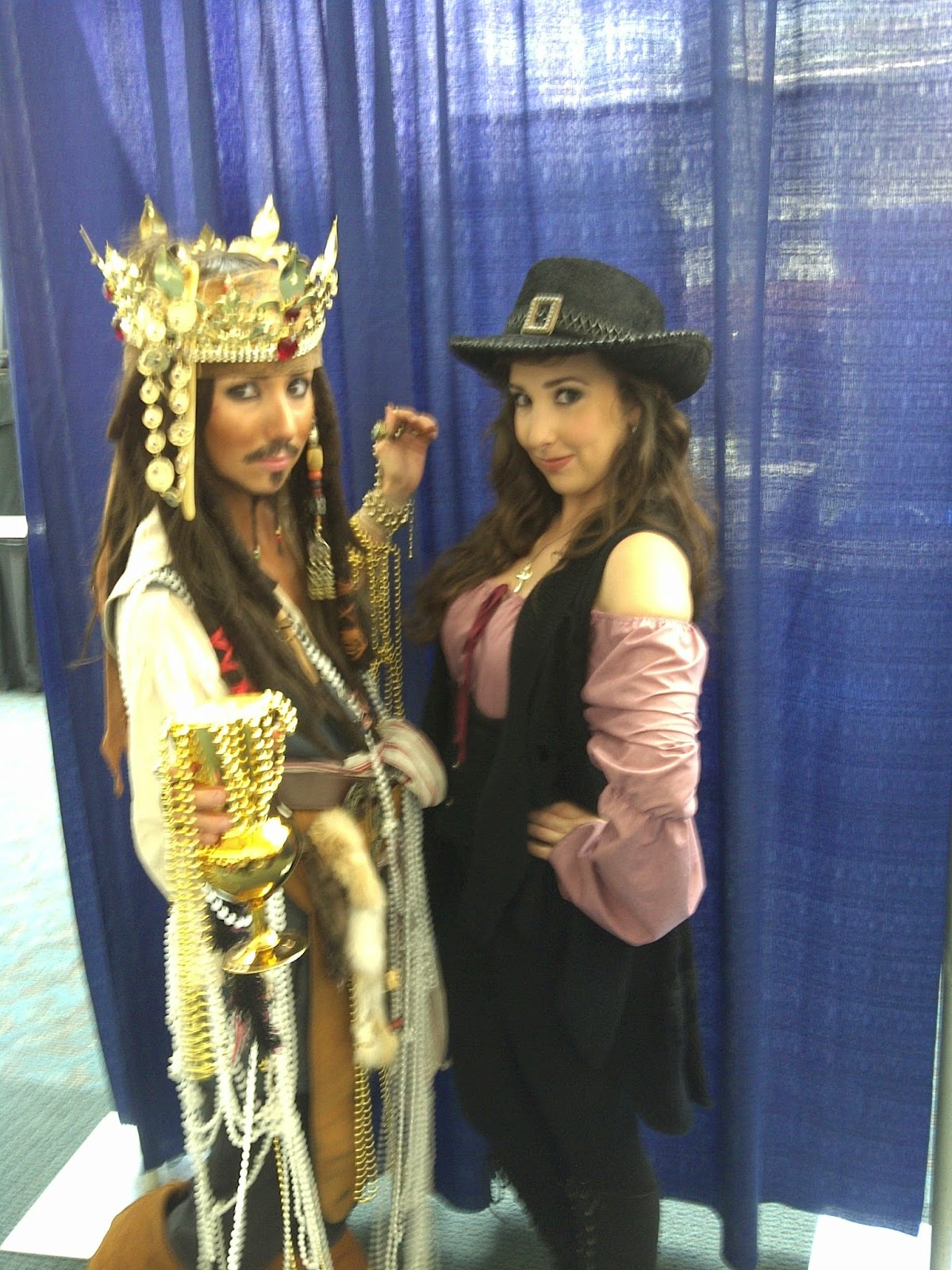 
Many costumed folks wander alone ... but some also travel with companion characters. These attendees are so much fun! They are delighted to pose with fans. There's been a lot of press about "cosplay" these days -- and I don't know much about that community or the costume contests. I do appreciate the craftsmanship on display in some of the more elaborate outfits... 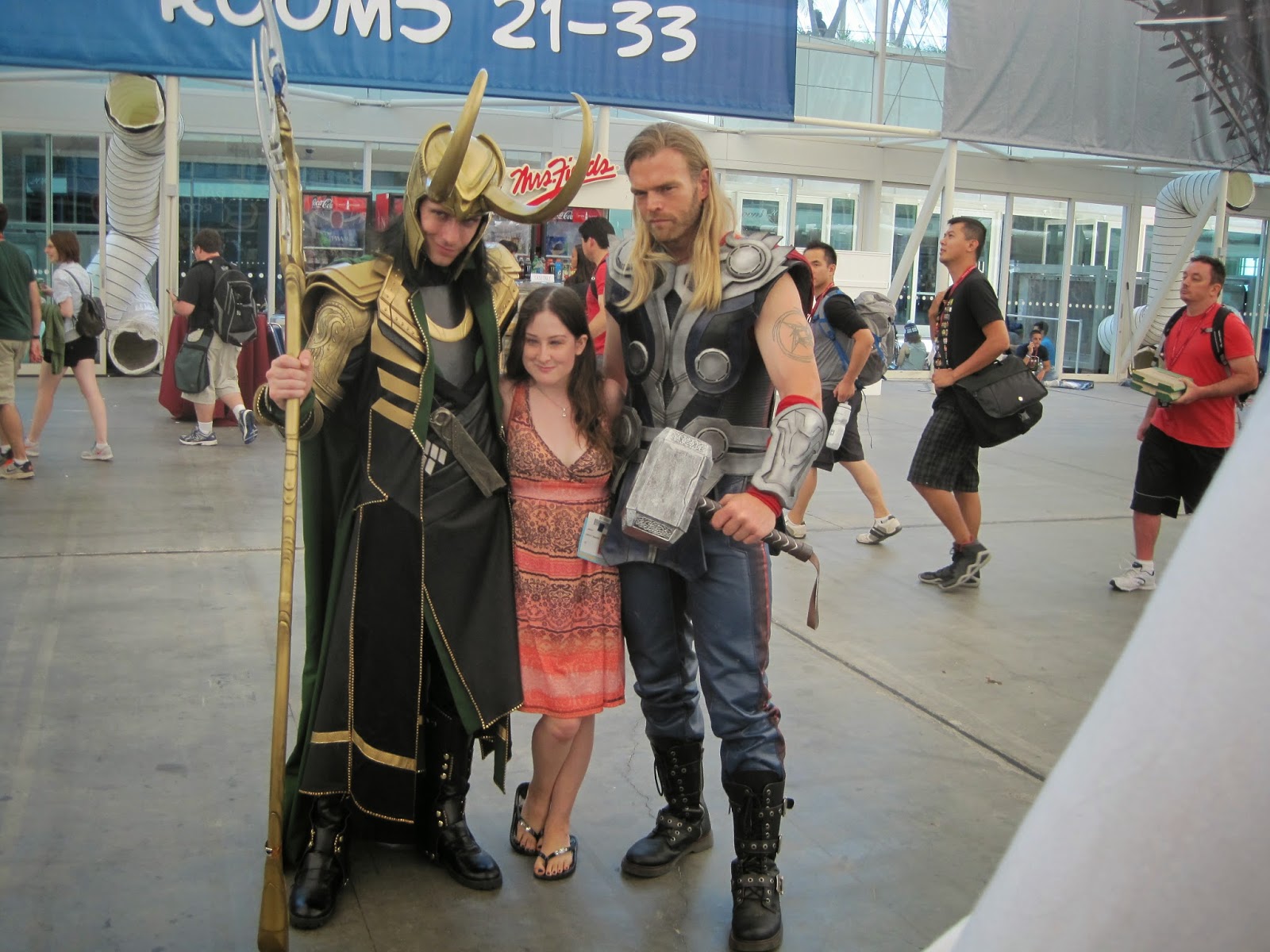 And the sense of humor and fun they bring to the party. 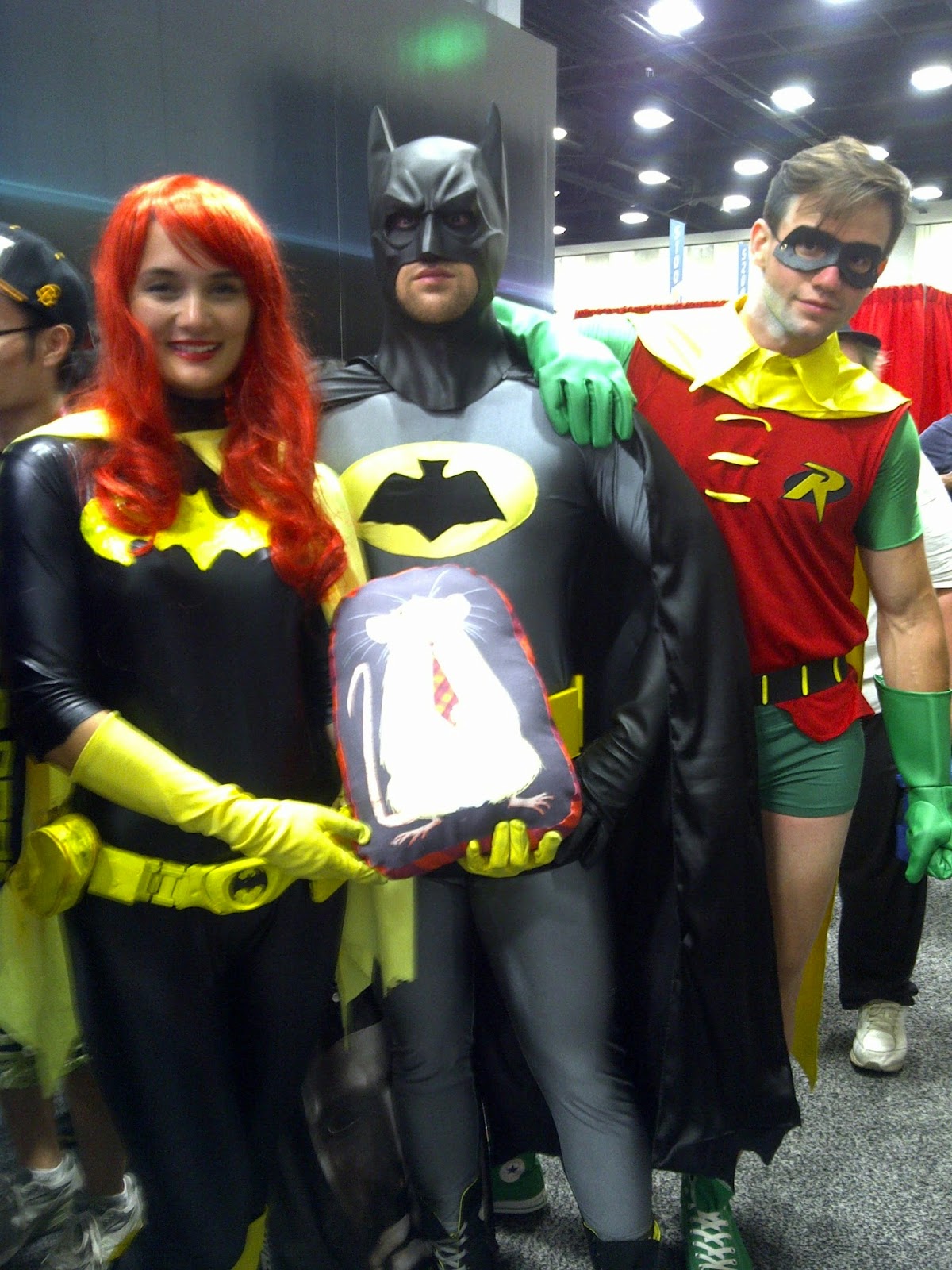 There are toys galore all around the hall. Back in our early days at comic con, the toys were mostly older re-sale items found at small vendor booths. Now the toy companies have their own big set-ups ... and the lines for mint in box "comic con exclusives" compete with the Hall H panel lines for the "guaranteed to suck up most of your day" award. Some of the movie and tv-themed replica items aren't even toys -- they are decor items made for collectors: 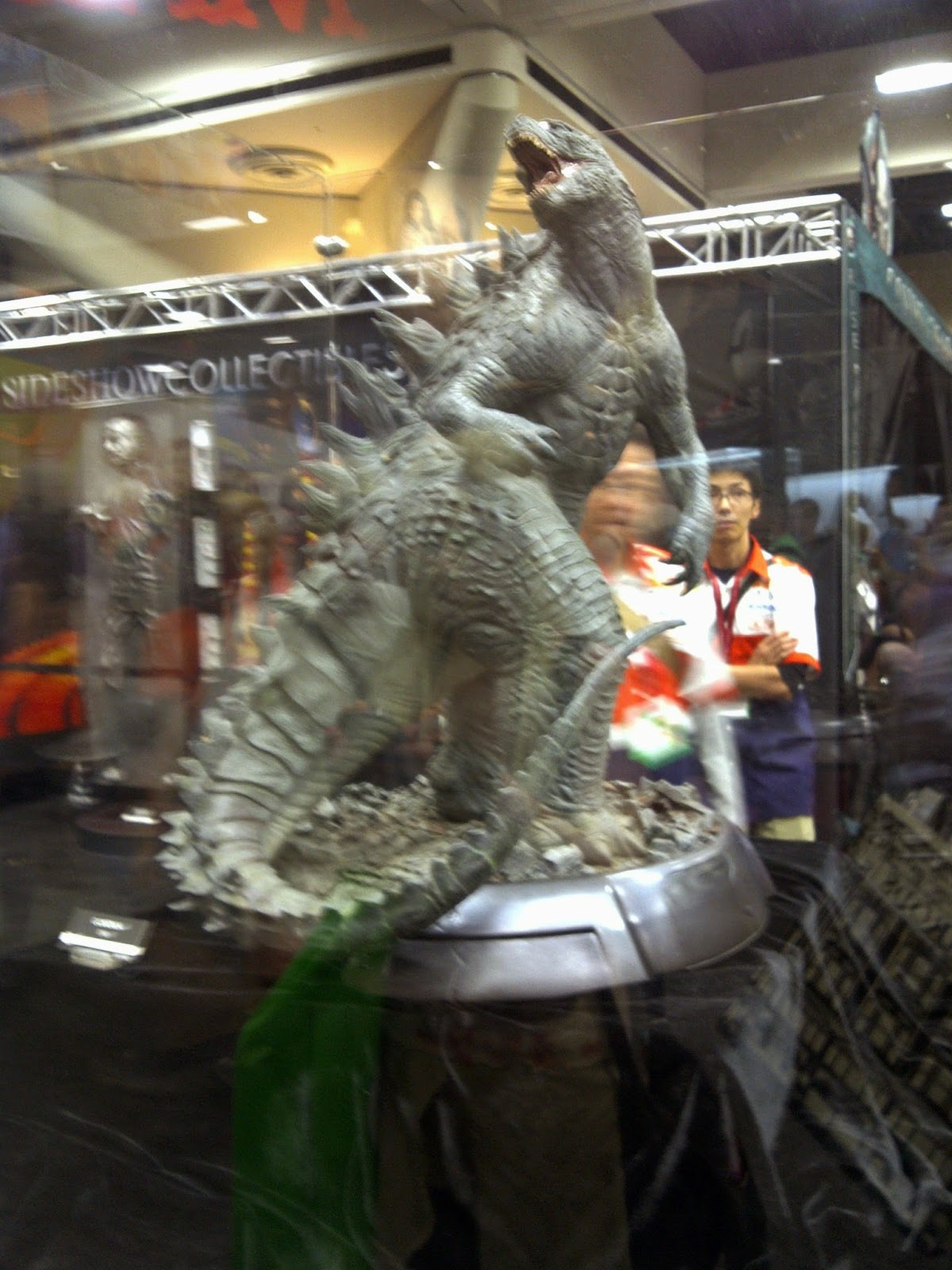 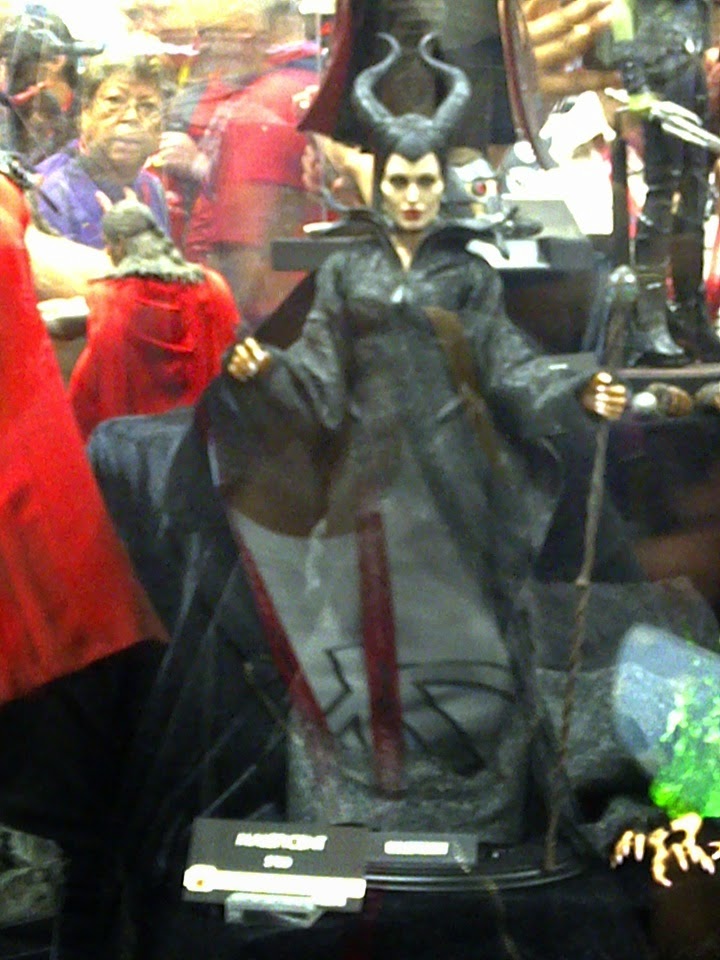 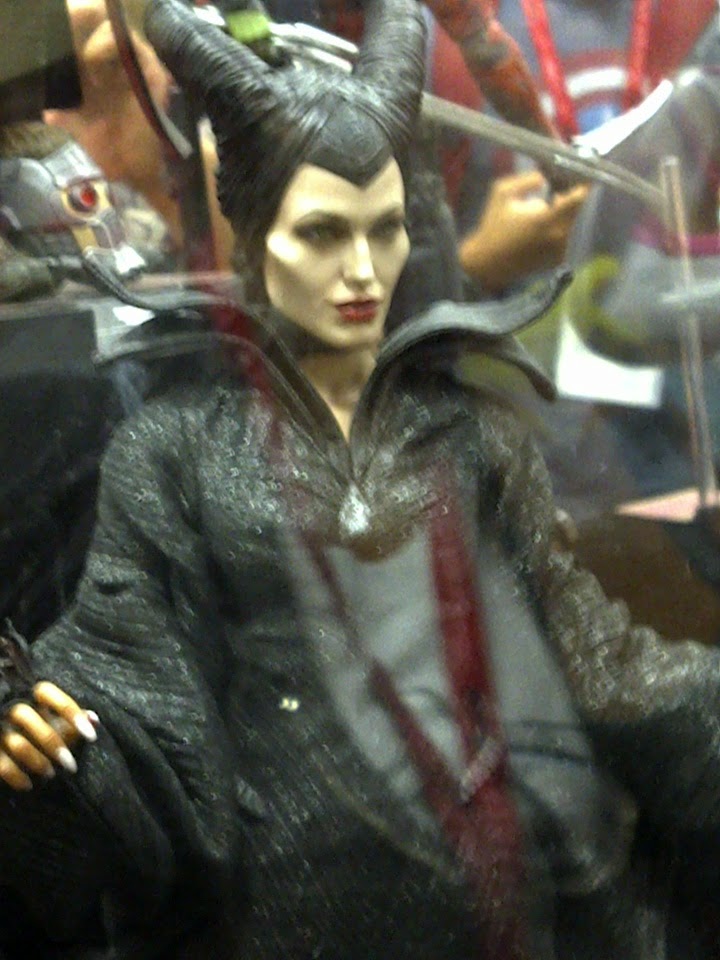 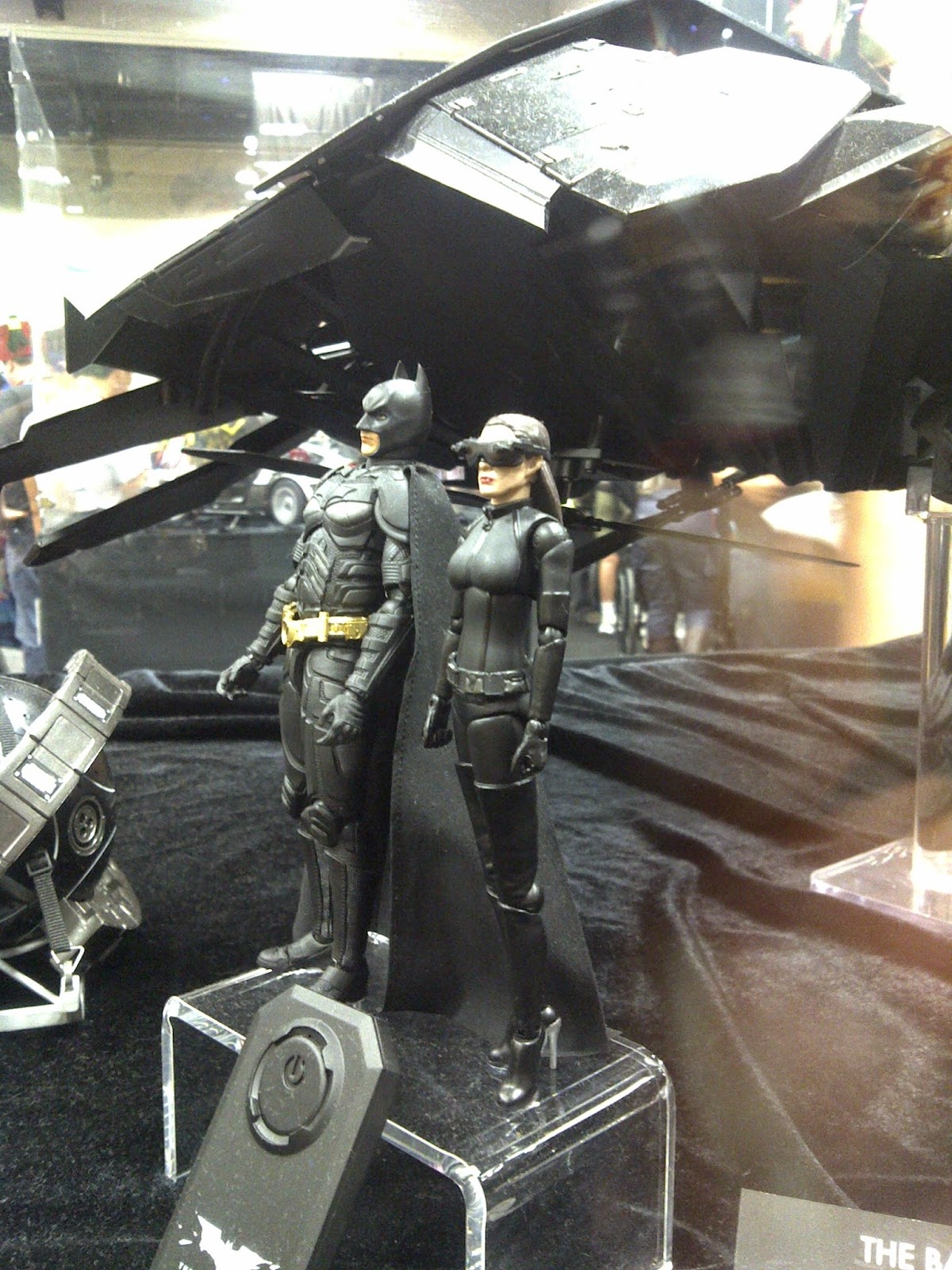 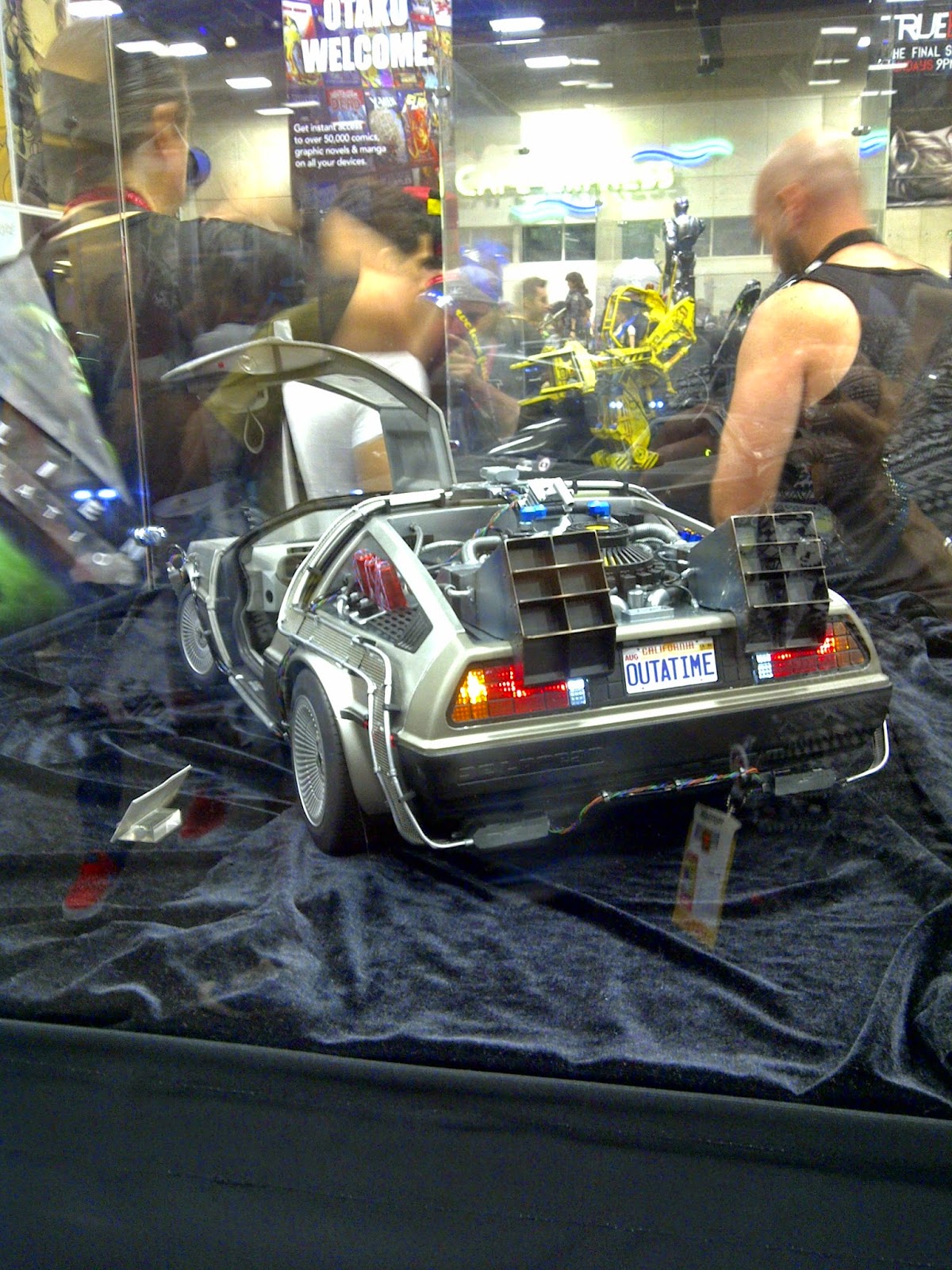 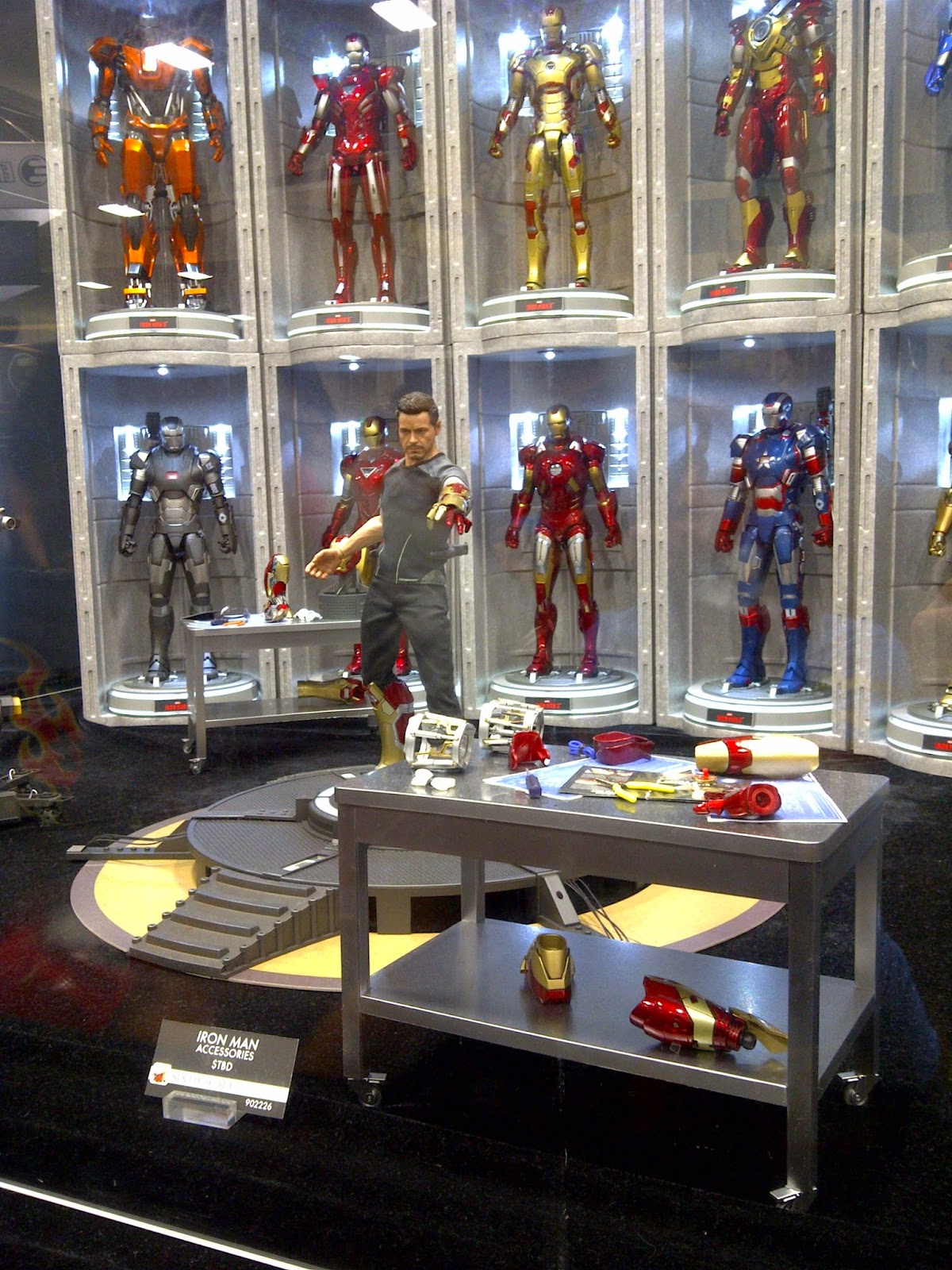 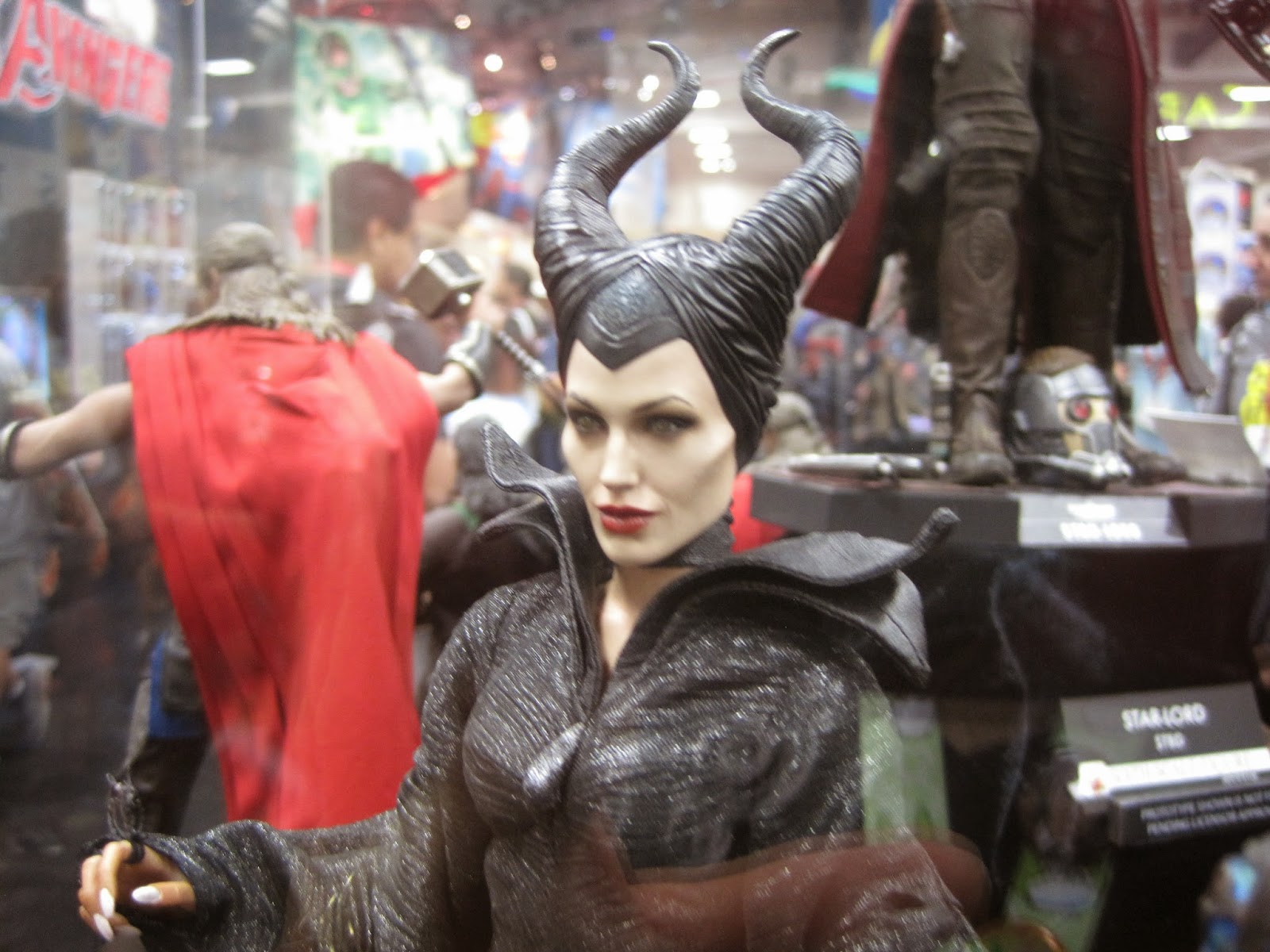 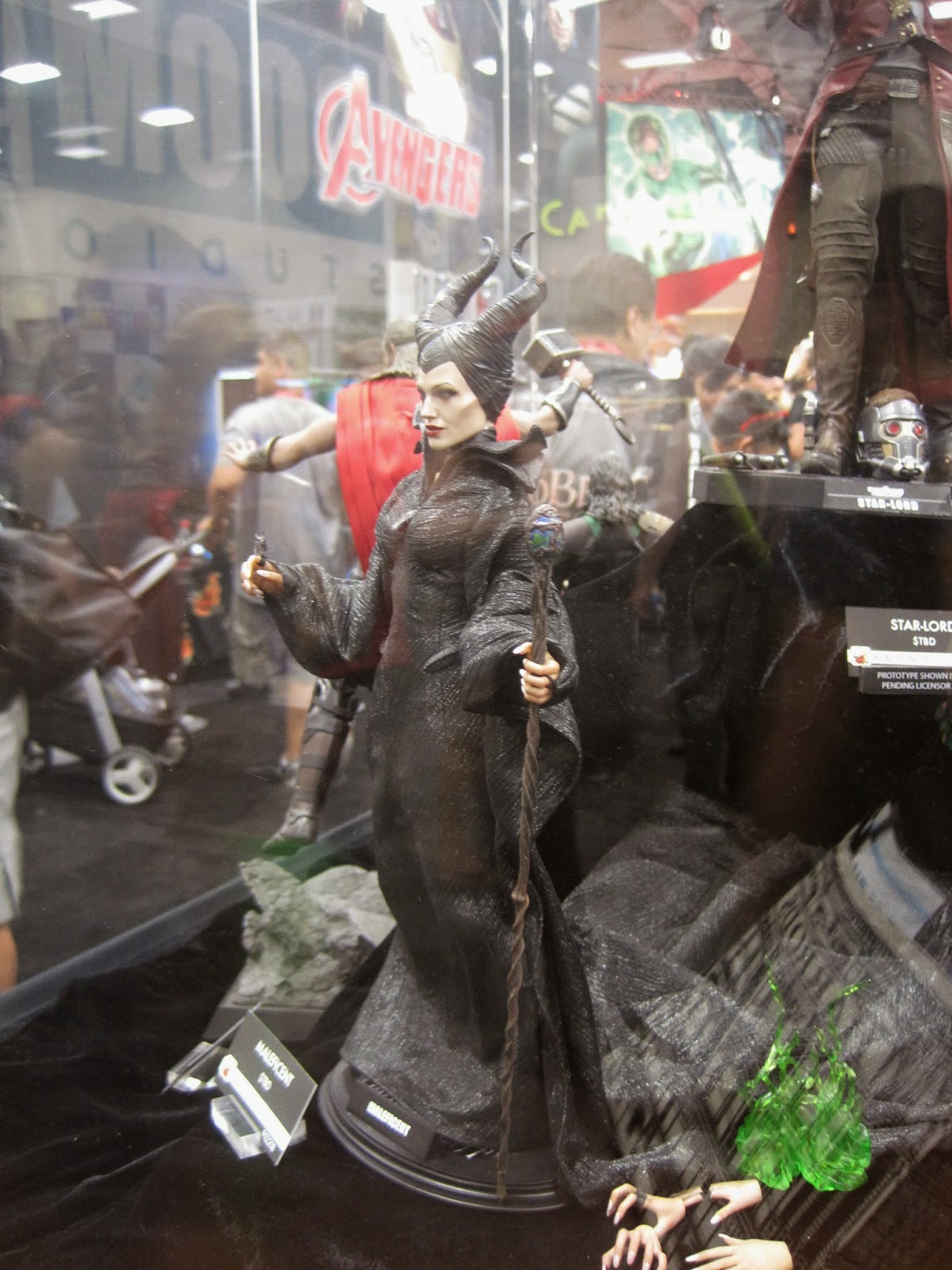 searched all over the exhibition floor for "Maleficent" items, but found only a few things -- mostly film posters, stills and a few dolls
.http://www.sideshowtoy.com/collectibles/disney-maleficent-hot-toys-902208/

The Hot Wheels both featured this Darth Vader car: 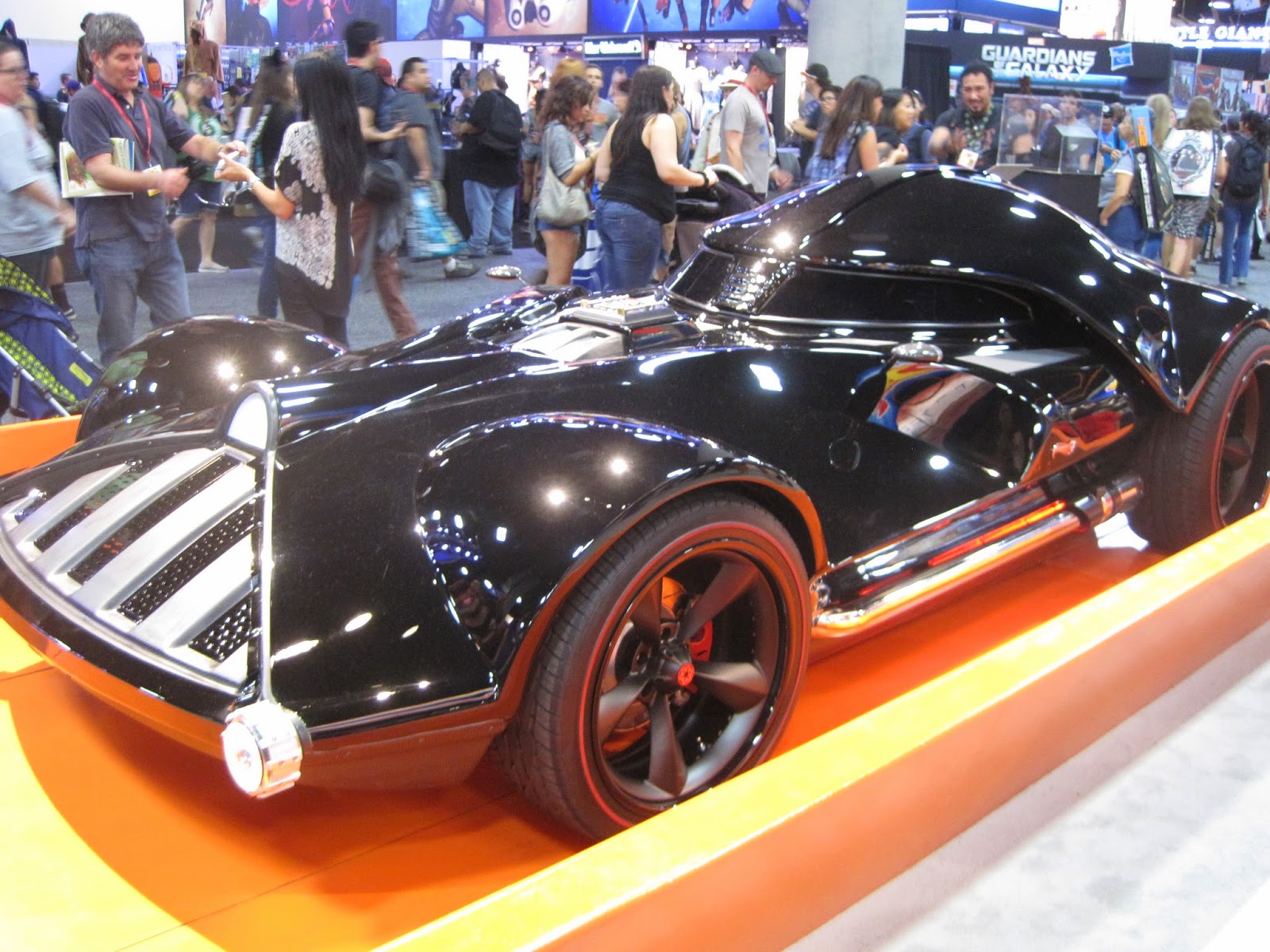 Several of the booths were offering tie-ins with the 75th anniversary of Batman. Here's a large batman tribute from the Ugly Doll booth: 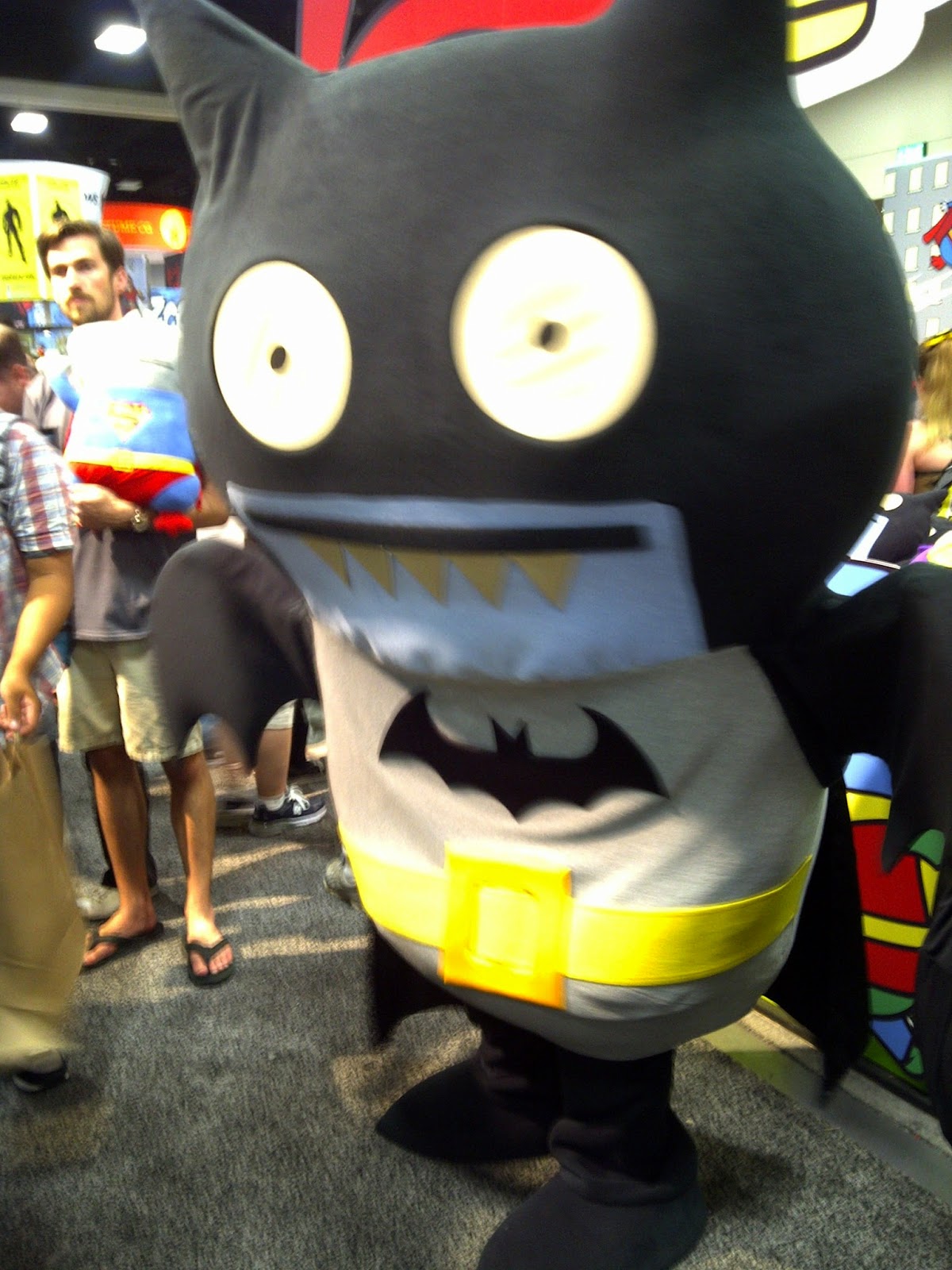 And those notorious comic-con swag bags were back. They are given to each attendee, but the artwork features a variety of images (promoting different tv shows or movies). This bag featured the classic Batman duo (for the recently released DVD set) 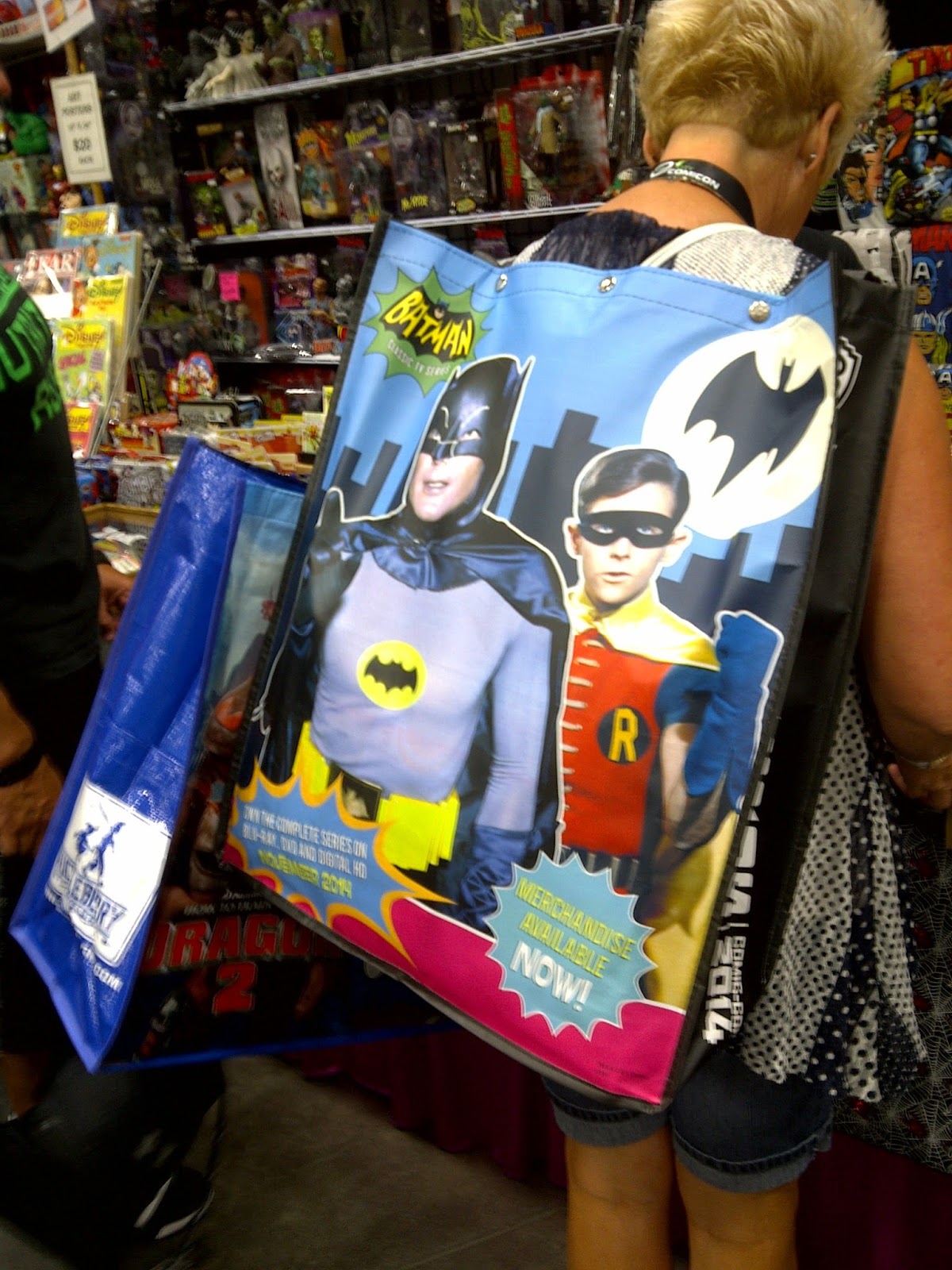