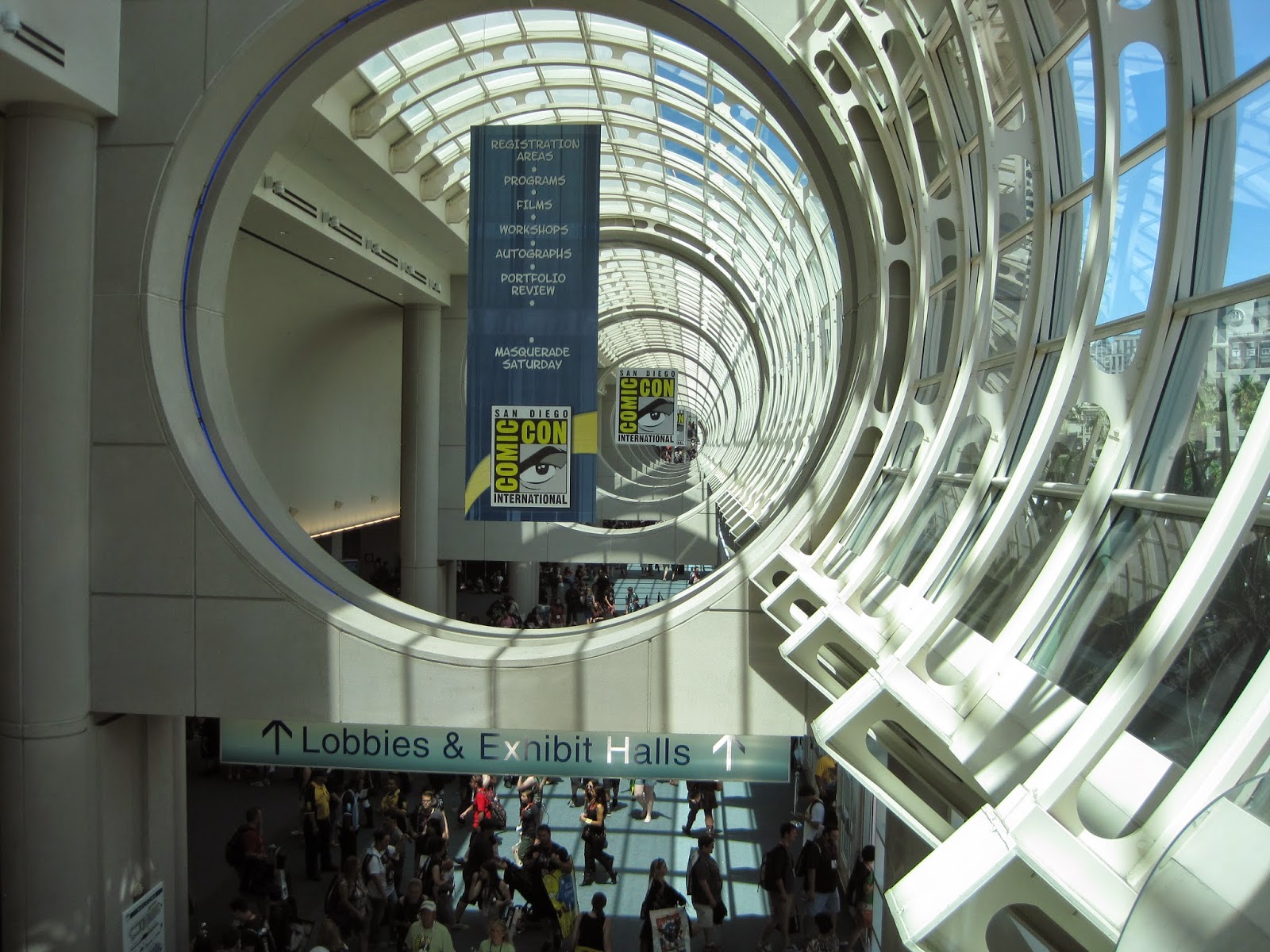 Riding down the escalator from the 2nd floor to the lobby gives you the same view from lots of different angles. There are many things to see at Comic Con ... and many ways to look at what is going on .... since I hadn't been to the show in 2 years .. There were changes that I noticed....

There is an evolution happening at Comic Con ... the pressure of all the added media attention brings a different tone to the proceedings. It's not your Mama's Comic-Con... in fact, the press has highlighted some concerns about Comic Con that worry Moms and others.

Here's a link to the LA Times article that revealed some of these concerns...
http://herocomplex.latimes.com/fans/comic-con-2014-outcry-action-against-harassment-grows/#/0

Now Comic Con has an official "policy on harassment" This element of comic con was all new to me .. but big signs about it were clearly posted in the main lobbies. 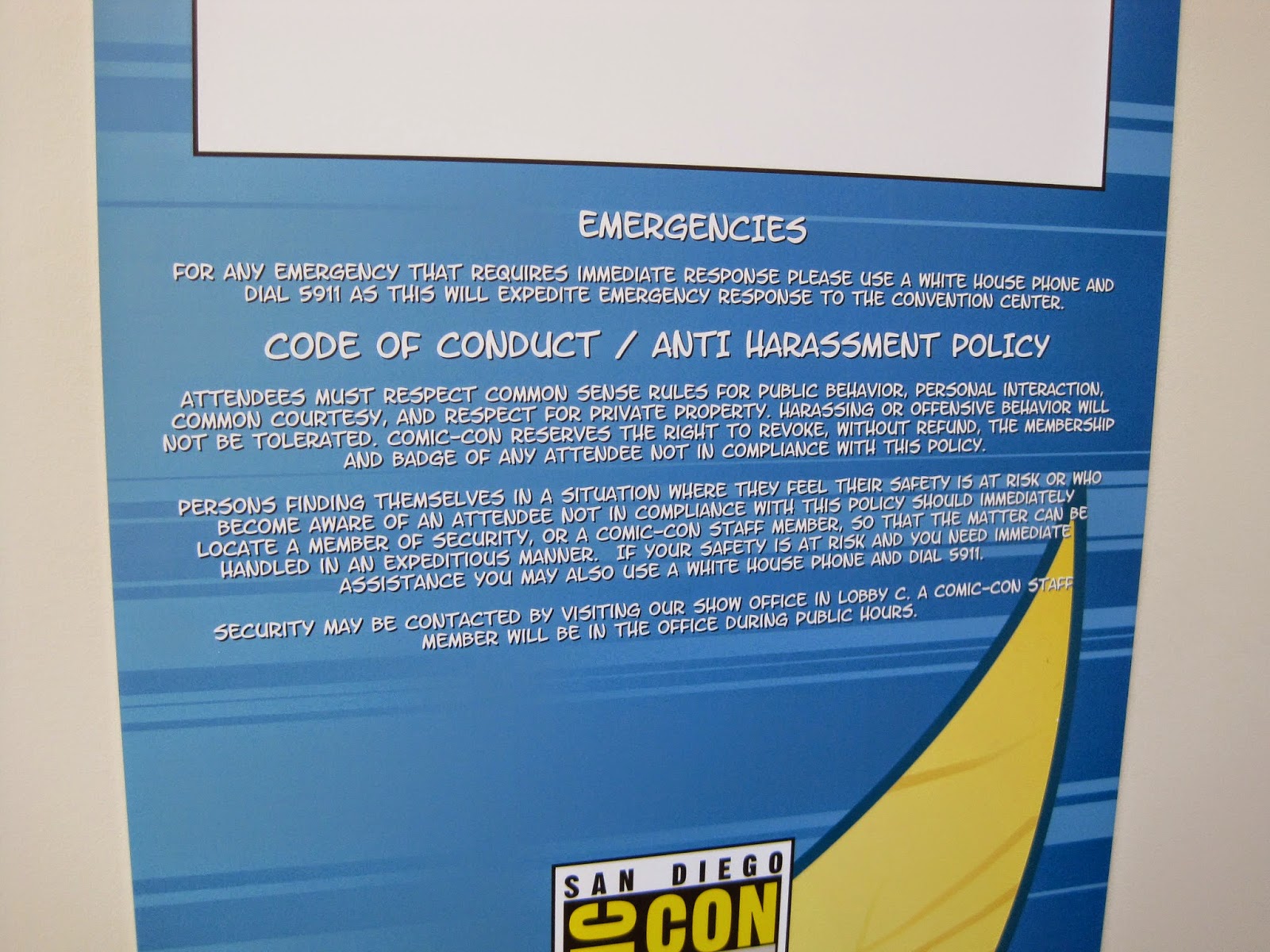 Here's the text of the poster:

Attendees must respect common sense rules for public behavior, personal interaction, common courtesy, and respect for private property. Harassing or offensive behavior will not be tolerated. Comic-con reserves the right to revoke, without refund, the membership and badge of any attendee not in compliance with this policy.
Persons finding themselves in a situation where they feel their safety is at risk or who become aware of an attendee not in compliance with this policy should immediately locate a member of security, or a comic-con staff member, so that the matter can be handled in an expeditious manner.If your safety is at risk and you need immediate assistance you may also house a white house phone to dial 5911.
Security may be contacted by visiting our show office in lobby C. A comic-con staff member will be in the office during public hours."


It made me feel old to think that Comic Con had become yet another public gathering where safety concerns have become an issue.

The expanding interest in Comic Con and the ever-increasing number of attendees have strained the resources not only at the convention center ... but also the surrounding area. While the over-flow attractions are supposed to be fun (and are often free) .. now they have also become crowd control issues. This year, there was even a car accident related to the Zombie Walk

here's a link from the local San Diego NBC station with video and interviews about the car incident:
http://www.nbcsandiego.com/news/local/Pedestrian-Hit-by-Car-Amid-ZombieWalk-Downtown-San-Diego-Comic-Con-268762861.html

Decades ago... Comic Con was off the radar of the general public. It was the exotic pet of a Confederacy of geeks, scholars, fans and admirers. But it was a tiger cub.

Now the tiger has outgrown its enclosure .. and the ones who raised it... if we can't keep it fed and satisfied .. it will devour us and move on. Some of the lines at the booths had a surreal "THX1138/Soylent Green" atmosphere of people consuming something just because it was put in front of them... not with the passion and interest of fans, but just a crowd in a frenzy ... over what??? 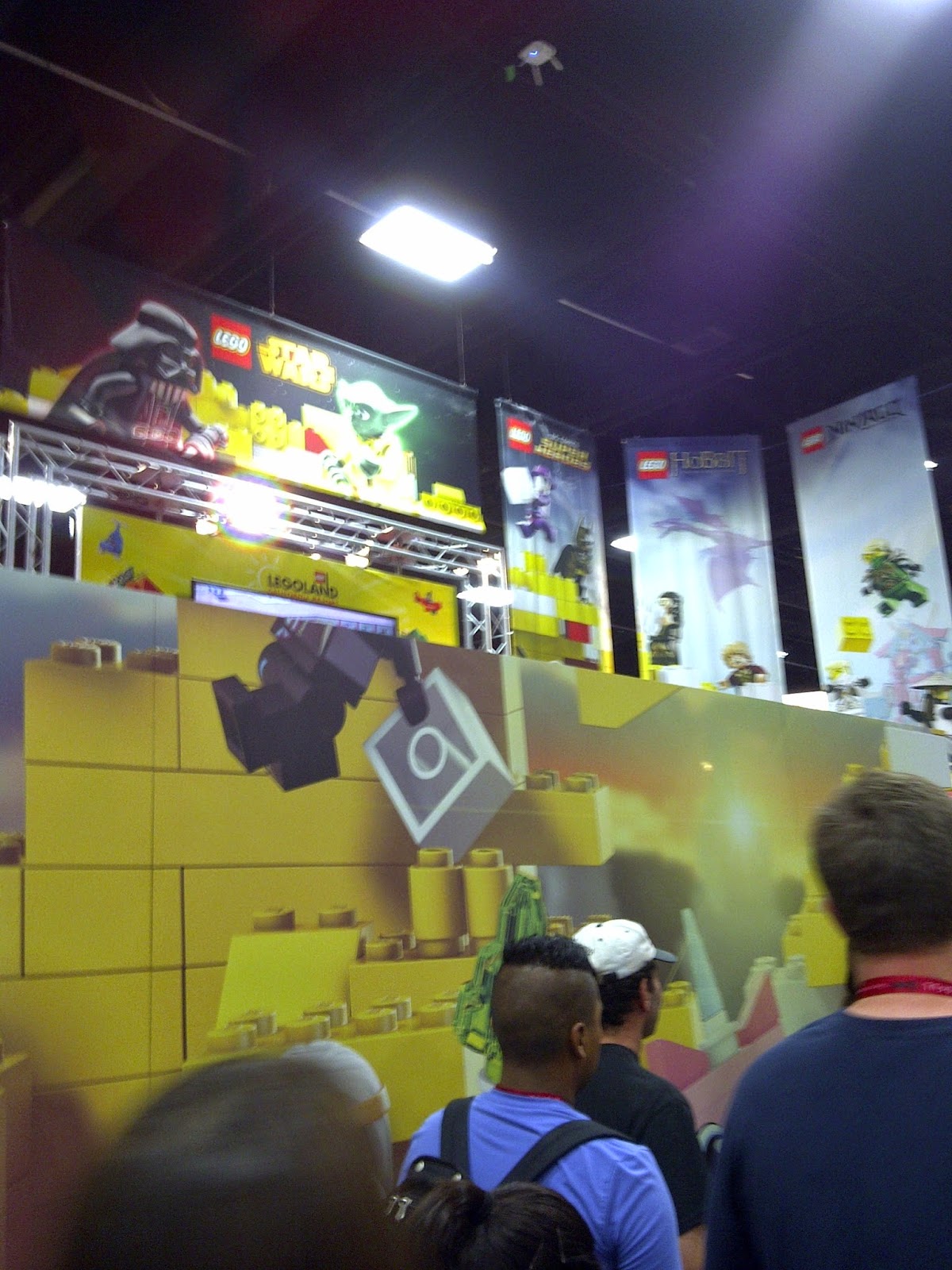 If the attendees are willing to stand in long lines for hours and hours for Comic Con exclusives like toys and A-lister movie panels ... they will continue to have less and less time to visit artists and shop the small vendors. Space for these founding resources will shrink as demand for bigger and bigger corporate pavilions grows. Comic Con is on the path to becoming a glossy pop culture trade show ... with a Las Vegas atmosphere. This might be appealing to the masses ... but not so much to the core fans that started the show. The large crowds and general excess have brought an unsavory, leering element to the con that WASN'T around years ago, but is likely to linger.

Maybe if the core fandom rallies and takes action, comic con can find the right balance between its mission and its new levels of interest and fame. It might take some super-hero-level effort to make that happen. Fingers crossed. 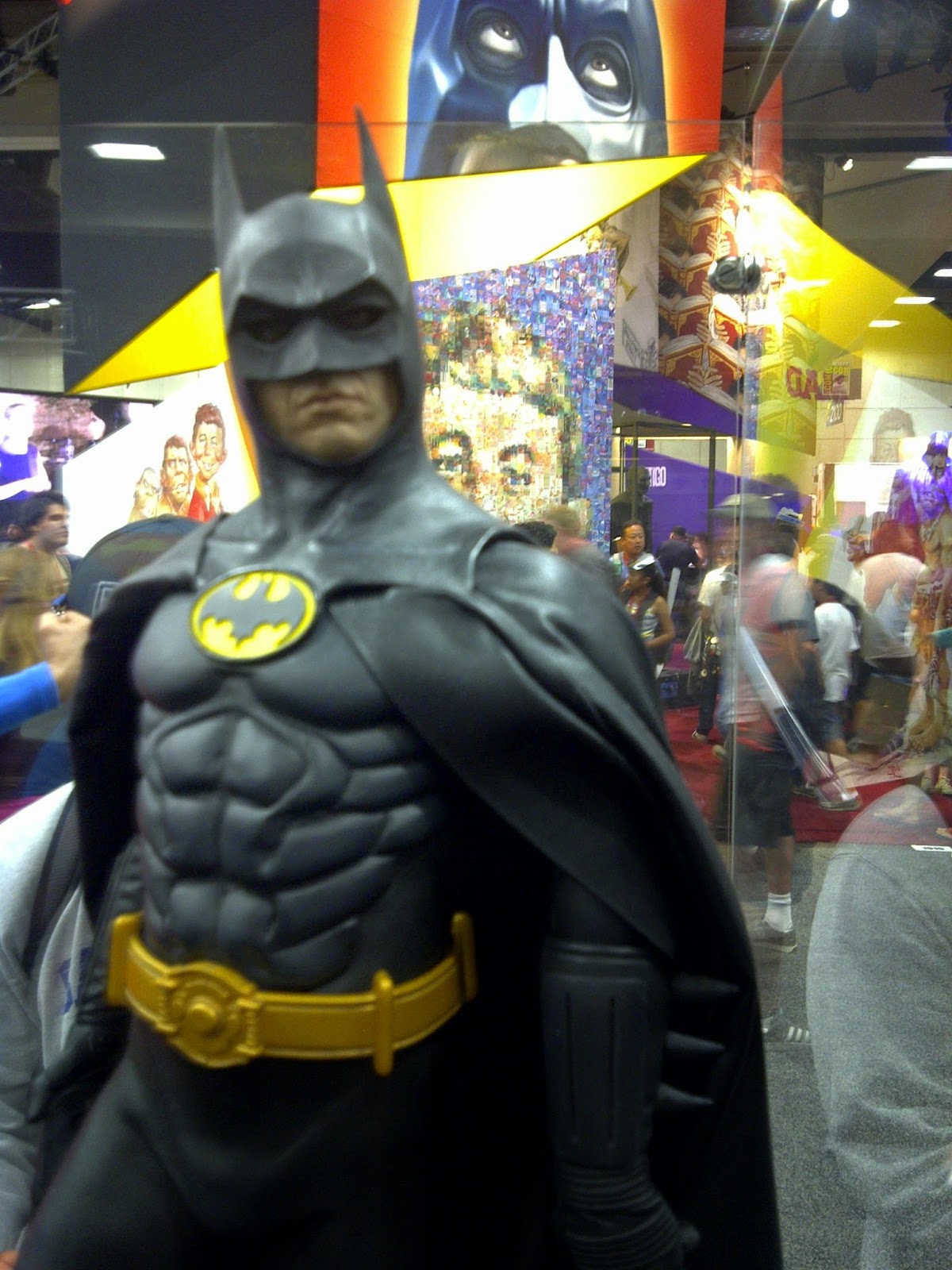 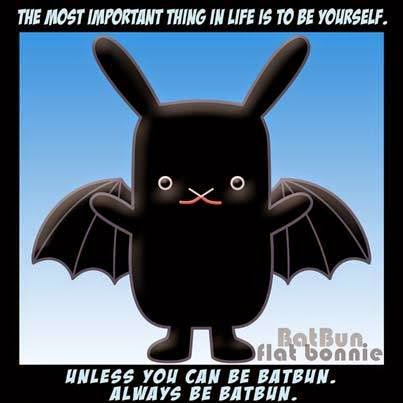