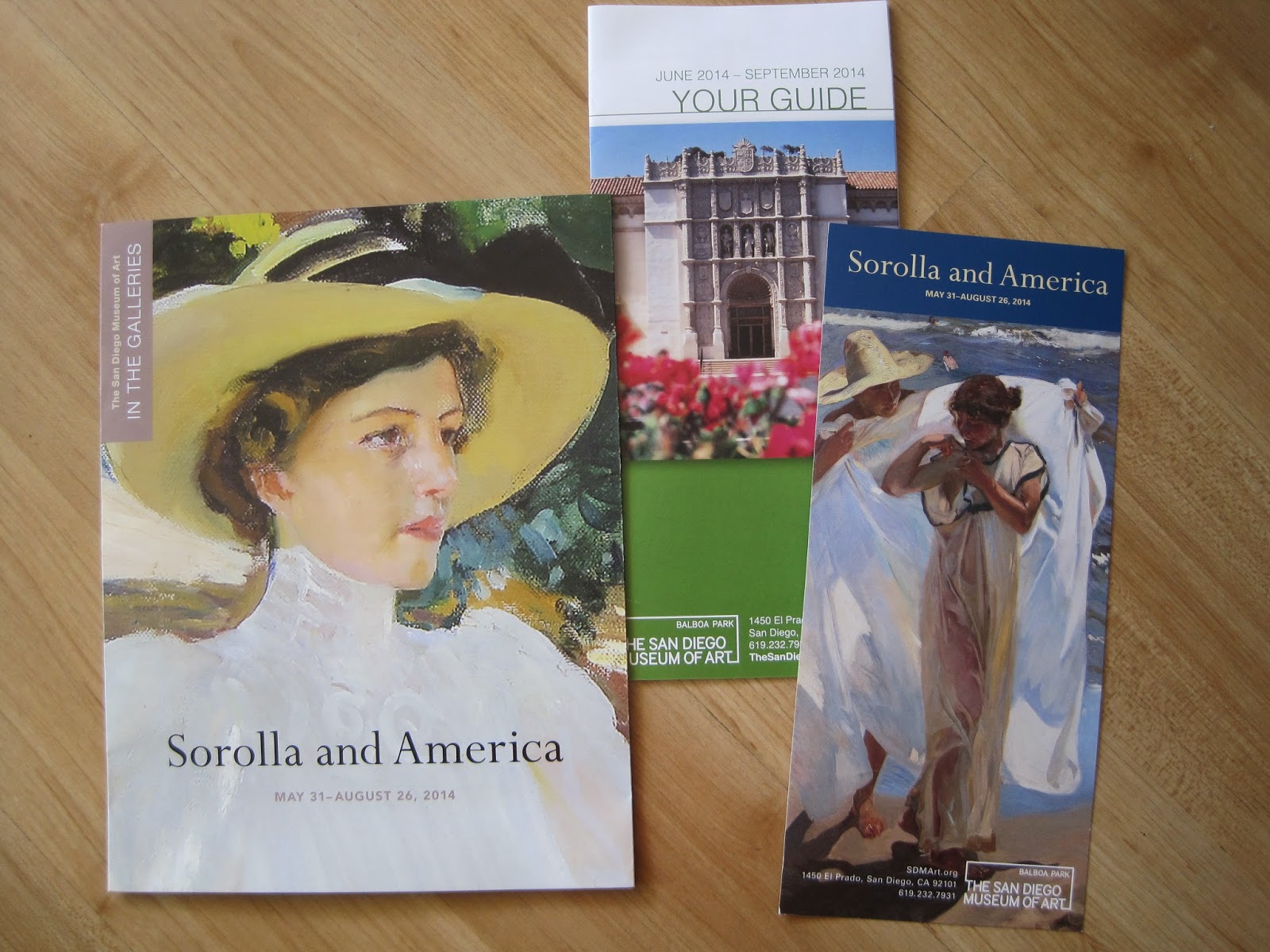 While many painters are familiar with the work of Joaquin Sorolla y Bastida (1863-1923), the name "Sorolla" isn't well known to most museum goers. It was lovely to see both his work and his American connections highlighted at this recent exhibit at the San Diego Museum of Art. http://www.sdmart.org/ 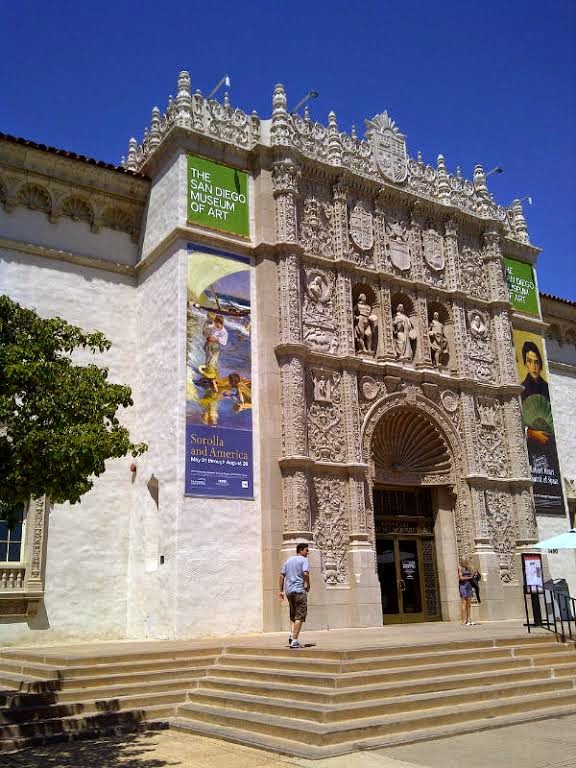 The "Sorolla and America"exhibit ( http://www.sdmart.org/art/exhibit/sorolla-and-america) was organized by Sorolla's great-granddaughter, which seemed especially poignant given the deep connection the painter had with his own wife and daughters, who were often models in his paintings. Below on the right is the image of his daughter Maria, from the work "Maria at La Granja" 1907. This painting was donated to the San Diego Museum of Art by Huntington in memory of his mother Arabella Huntington. 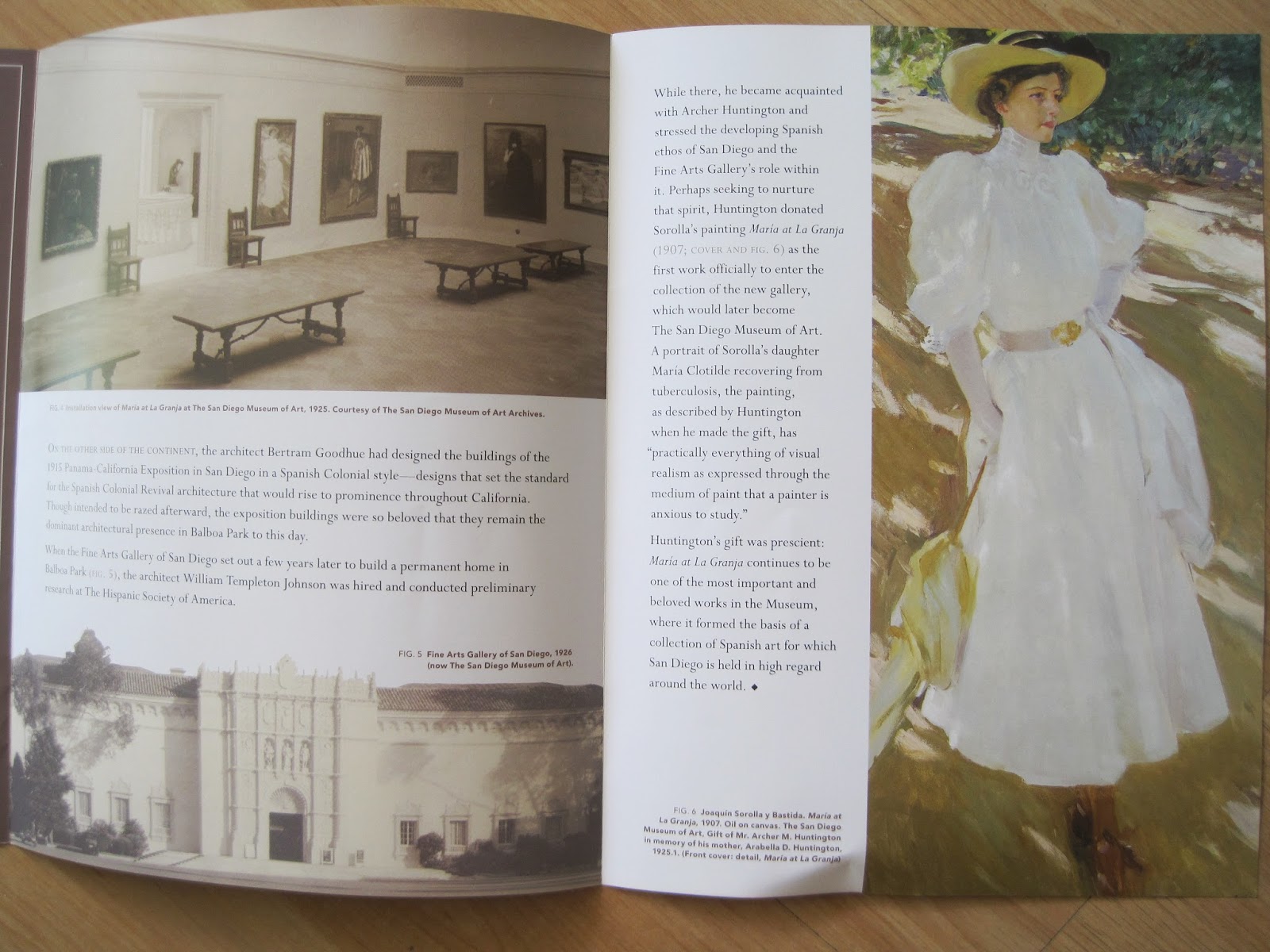 Sorolla's first painting ever exhibited in the US was a somber-hued social commentary "Another Marguerite!" which won a Medal of Honor at the World's Columbian Exhibition in Chicago in 1893. 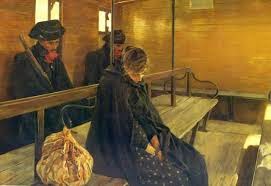 He was befriended by American artists such as William Merritt Chase and John Singer Sargent ... and patronage from no less than Archer Milton Hungtington soon followed. Sorolla became an ambassador for all things Spanish as he moved among the political and philanthropic circles where his paintings were exhibited in cities such as Chicago, New York, Boston, and St. Louis. His mural cycle of fourteen monumental paintings known as "Visions of Spain" was commissioned by Huntington for The Hispanic Society.  (photo below show section of finished murals --- sketches for murals were on display at this exhibit) More about these murals here: http://www.hispanicsociety.org/hispanic/sorolla.htm 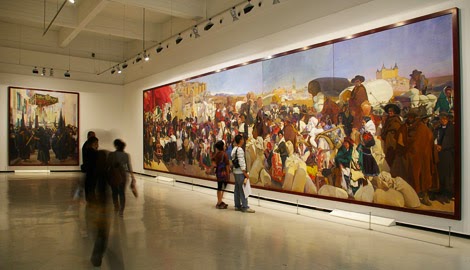 Sorolla's commissioned portraits, and scenes at beaches and garden landscapes, secured his reputation as a painter celebrated for his evocation of light and people. 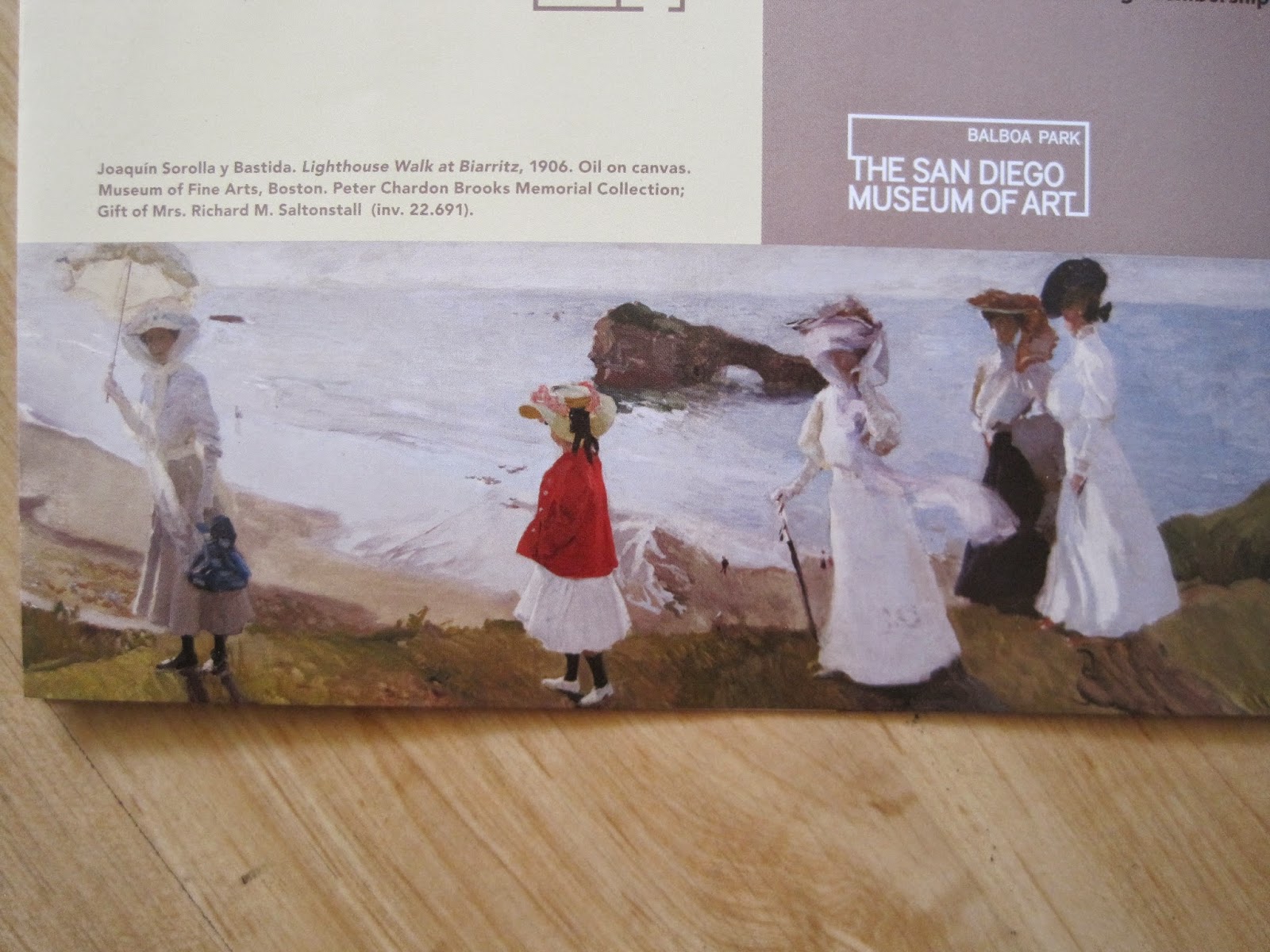 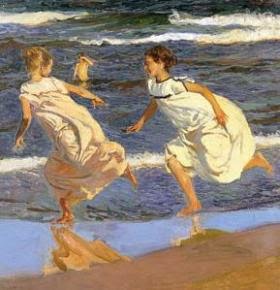 Among the landmark paintings on display for this exhibit was this portrait of explorer Christopher Columbus, which was exhibited for the first time along with the 9 oversized oil studies. It was amazing to sit in one room and see the studies and their exploration of props such as a shield or cannon; various hues of the sky and placement (or absence) of ships and sails in the background; and carefully researched depictions of costume. 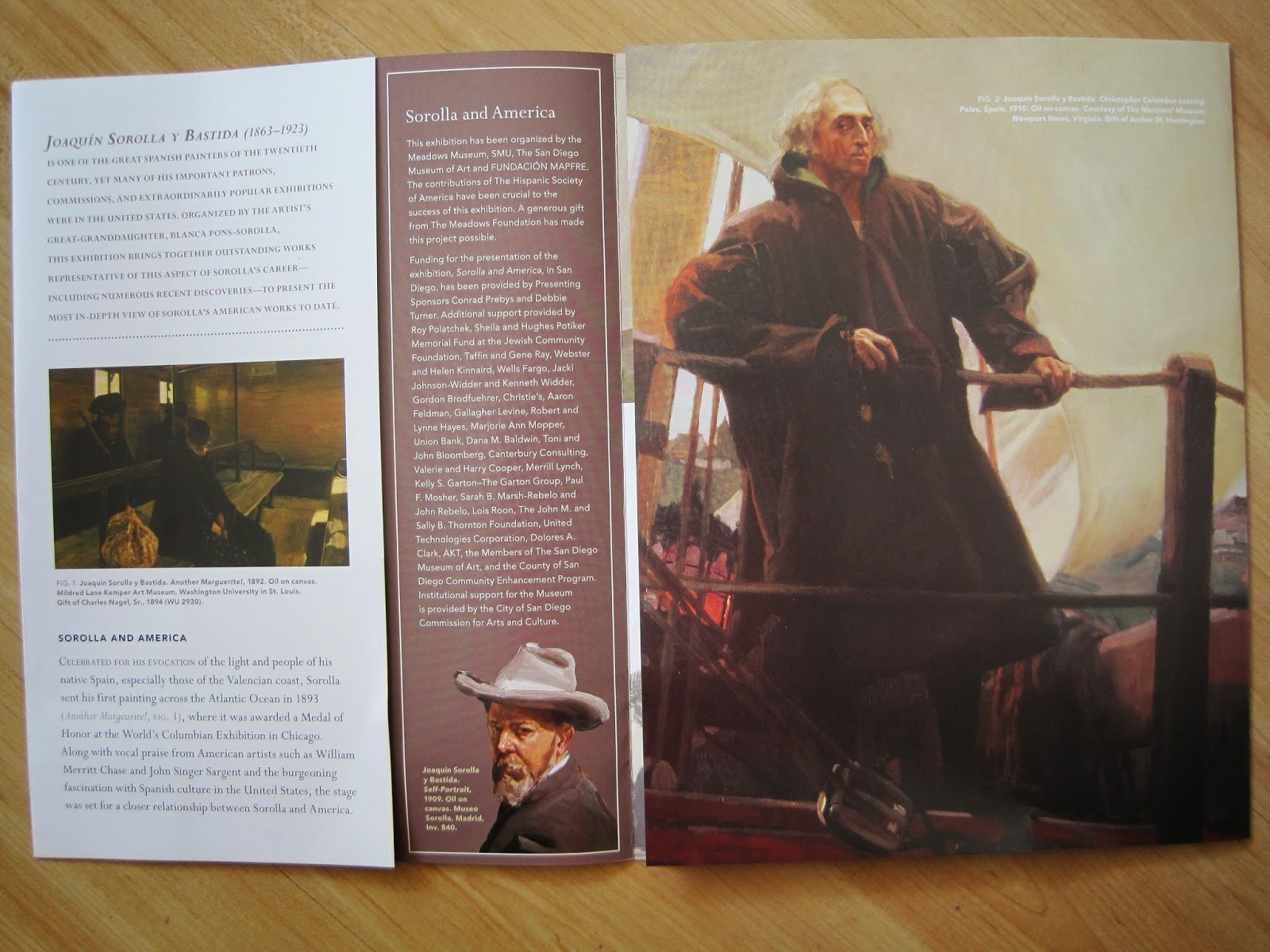 Also stunning to see are the numerous oil sketches that were on display. These small but lively canvases had a wonderful sense of color and light, using brushstrokes to hint at forms and compositions. Sorolla produced nearly 2,000 of these works known as his "Apuntes -- Spanish for notes or jottings" or sometimes called "Manchas -- stains or splashes of paint." All of these works were 8x12 or smaller.

Nifty take-home items in the gift shop included cards, magnets, and even a lens cleaning cloth with lush images from beautiful works... 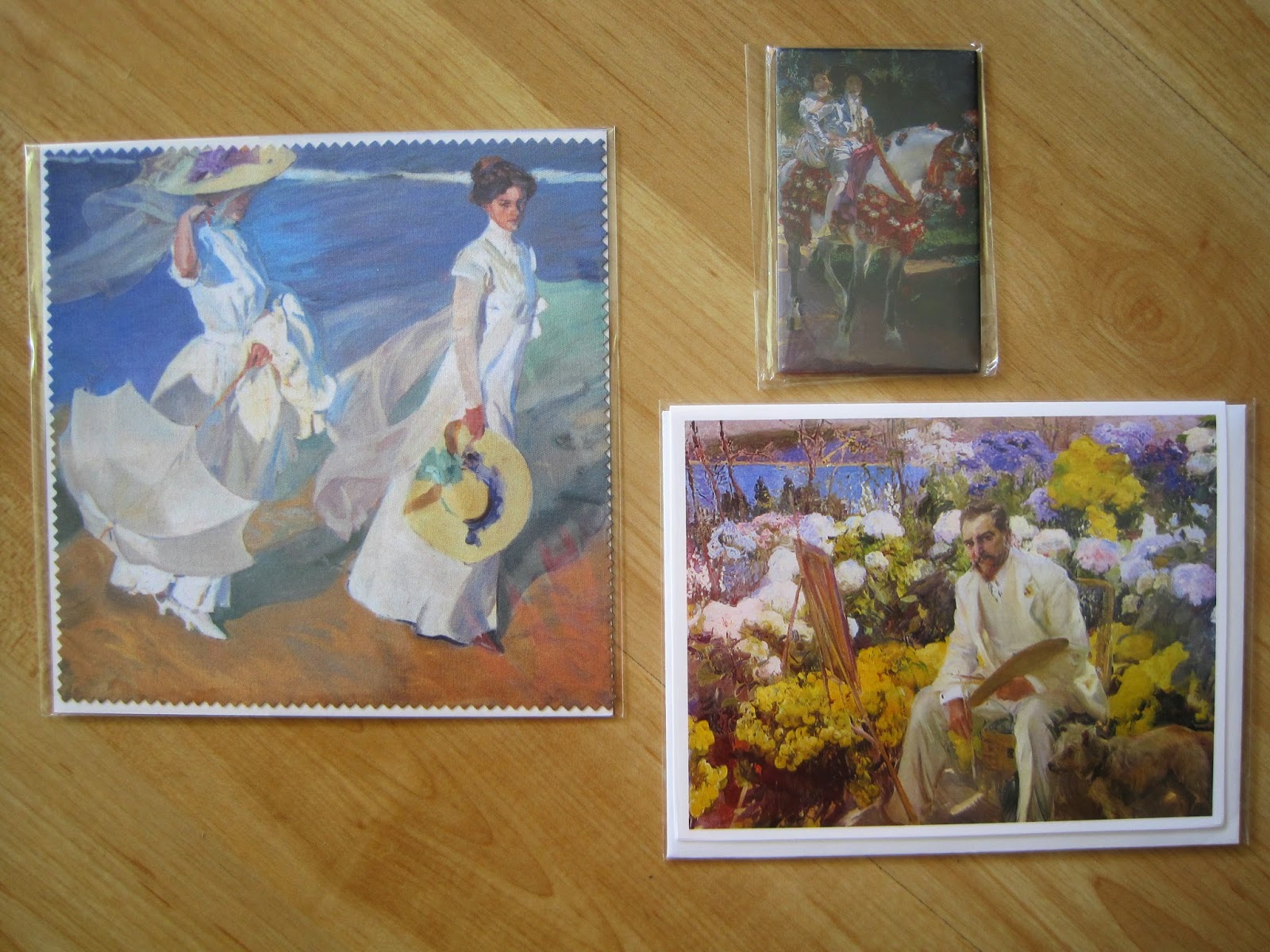 This large portrait of Louis Comfort Tiffany, surrounded by his own garden of rhododendrons, was on exhibit .. and available as a greeting card :) 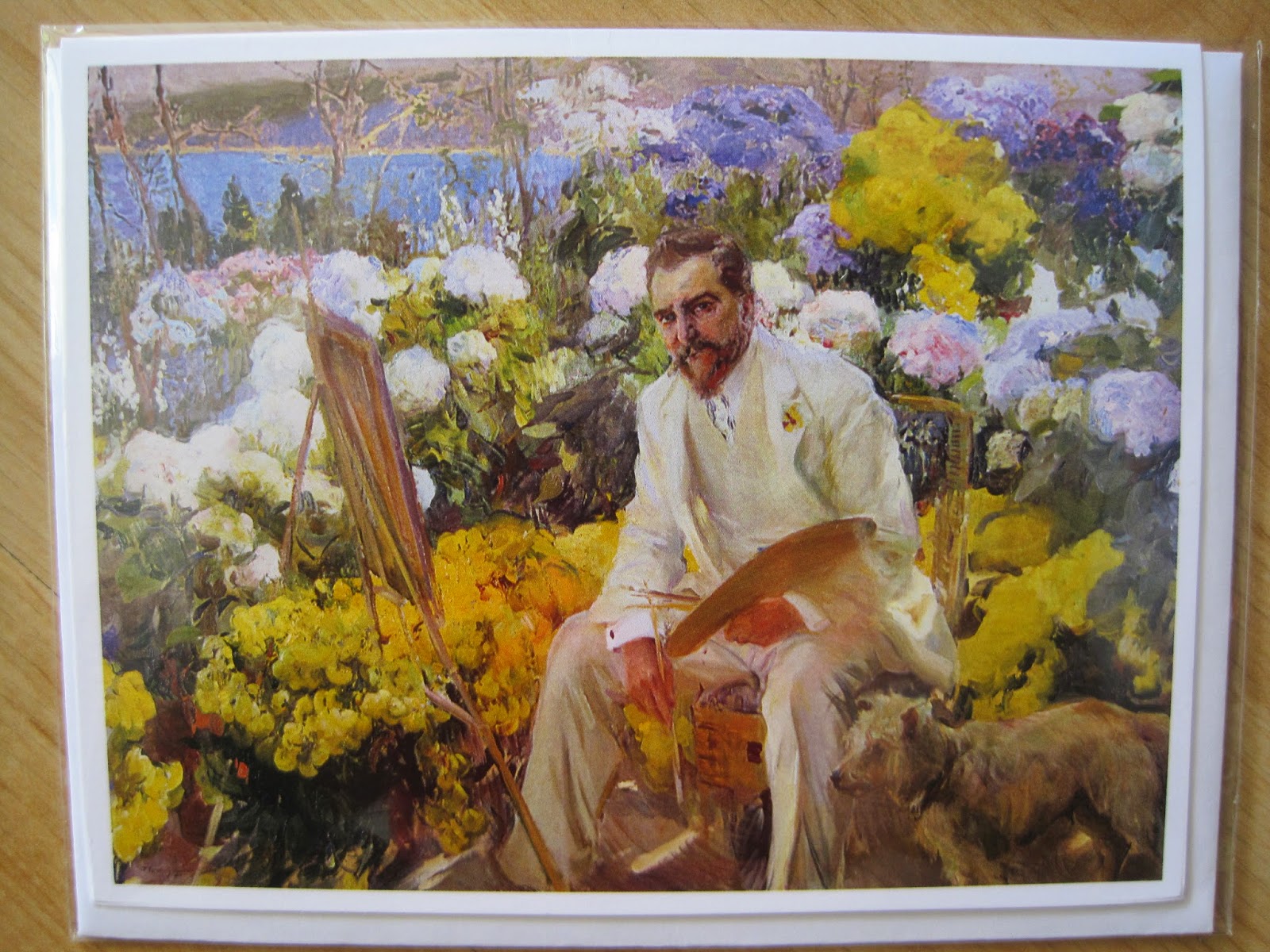 A final room of the exhibition was devoted to DRAWING. This "Sorolla in New York & Chicago" room was full of sketches done during his visits to US cities and explored how 'Sorolla made drawing a lifelong habit." Often these sketches were street scenes drawn from hotel room windows .. using scraps of cardboard or other found materials. The "Draw like Sorolla" wall of this gallery was set up to encourage viewers to try their own hand at sketching --- the wall supplied paper and clipboards -- and several people took up the challenge. The gallery room also explained how Sorolla would sketch "to document surroundings for later use in a painting or as a personal souvenir." 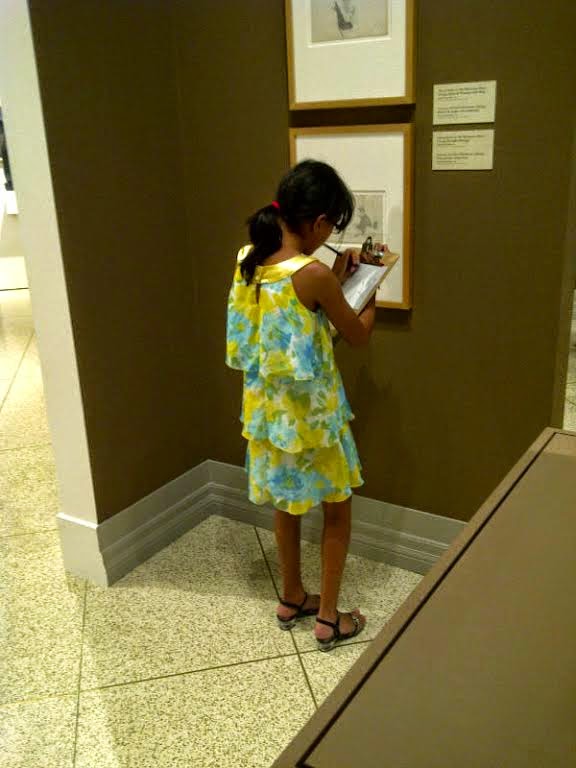 The exhibit closes on August 26th --- do see it if you can. And give yourself time to explore the other museums and gardens at Balboa Park.   http://www.balboapark.org/
San Diego -- it's much more than SDCC :)

Also ... Stuart is a fan of Sorolla and we often have Sorolla books in stock at SNB. Here's one currently on the website: 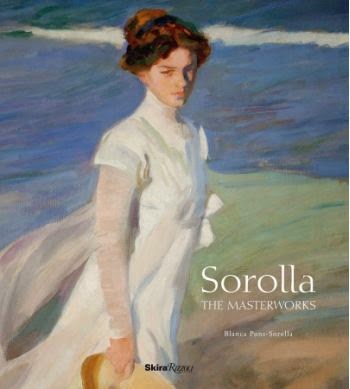