This art by Terryl Whitlatch was featured in the Program for the Portuguese Bend National Horse Show. The illustration above is from the hardcover book "Science of Creature Design" by Terryl Whitlatch. This book is a primer on animal anatomy -- an excellent resource for artists and anyone interested in animals. It features a chapter devoted to horses. Terryl considers a foundation in horse anatomy essential for all artists... and especially for the fantastical realms of creature design. 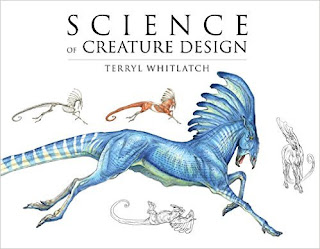 We will be hosting a book signing event with Terryl as soon as her travel schedule permits. Details will be here on the blog.. and on the SNB website.. but no dates yet.

From the Science of Creature Design dust jacket:
"Terryl Whitlatch is an accomplished, scientifically and academically trained illustrator who extensively studied vertebrate zoology and animal anatomy. Her work has appeared in various zoos and museums in the , and she has also illustrated and designed for the World Wildlife Fund. In a career spanning more than 25 years, Whitlatch has many projects to her credit, including Star Wars: Episode I—The Phantom Menace, Star Wars: Episode IV—A New Hope (Special Edition), Jumanji, Men in Black, Brother Bear, Dragonheart, Alvin and the Chipmunks, Curious George, The Polar Express, and Beowulf. For more than seven years, she worked for Lucasfilm, Industrial Light & Magic, and George Lucas’s JAK Films."


Terryl is pictured below with her frequent model, her whippet Timmy. Terryl is a popular guest at art schools and conventions. In  2015. her appearance schedule included film industry seminars and art school workshops in Vancouver, Canada; Florence, Italy;  Paris, France and in the United States. 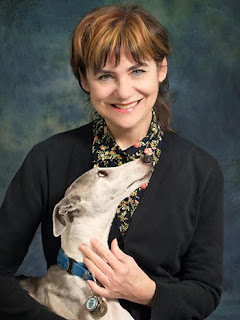 Also now on the SNB website is "Principals of Creature Design" --
http://stuartngbooks.com/principles-of-creature-design-creating-imaginary-animals.html

...a companion book that expands on the foundations in "Science of Creature Design."  From the Jacket flap of the book: "For Whitlatch, there’s no limit to what can be imagined with an open mind, though the journey may not always be an easy one. It’s what she calls “chasing the unicorn.” We will surely enjoy joining her on her journey, filled with creatures so vivid, whimsical, and elaborate that we will wish—or wonder if—they are real." 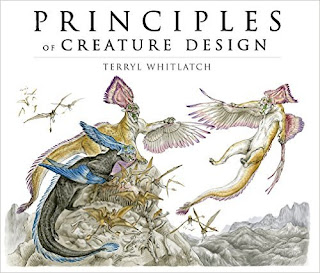 And she's not done yet! Terryl has just been hired as artist-in-residence at Imagination International Inc in Eugene, Oregon. Her upcoming schedule includes Schoolism LIVE workshops in Denver, Colorado http://www.schoolism.com/workshop-denver/ and Stockholm, Sweden http://www.schoolism.com/workshop-stockholm/ ...
Plus there are more Terryl projects in the wings ... watch the blog for updates.

Terryl is not just an animal artist... her love of all animals imbues her art with a unique liveliness and soul. Her all-time favorite animals to draw are horses. Her studio space is infused with horse charms and inspiration. In a creative field dominated by special effects and epic robot warfare, Terryl has carved a special niche. Her command of animals, knowing creatures from silhouette to skin, to muscles and bones -- plus her ability to morph animals into fantastical new forms -- earned her the respect of her peers. She is also part of the vanguard of gal artists bringing diversity of talent and perspective to the industries she works in. 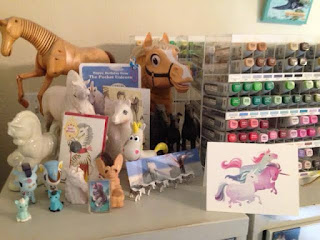 Here are some links to recent interviews .... and highlights from past appearances .... 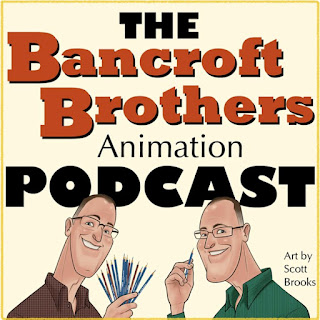 Terryl has been a speaker at Schoolism workshops... and her online Schoolism course is in production and will be making its debut soon.http://www.schoolism.com/ 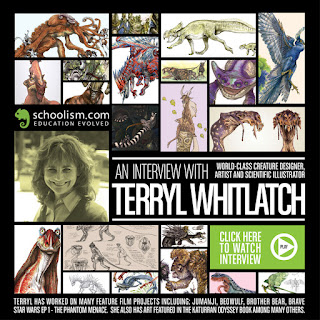 You Tube interview from May 2015 with Terryl at the Los Angeles campus of Gnomon School of Visual Effects, Games and Animation https://www.gnomon.edu/

More photos in this link for blog post on the Gnomon School's  Animal event...http://stuartngbooks.blogspot.com/2015/05/animal-benefit-art-exhibition-at-gnomon.html  Photo below shows Terryl (3rd from left) with artists and guests at the opening night of the event... 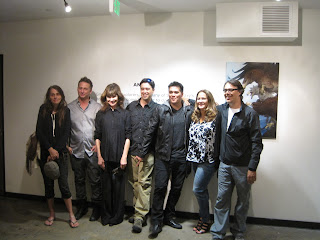 For those who can't attend one of Terryl's workshops in person, the school includes a 4-DVD set of Terryl Whitlatch creature design demo courses as part of its Gnomon Workshop Digital Production tutorials.http://www.thegnomonworkshop.com/store/category/141/ 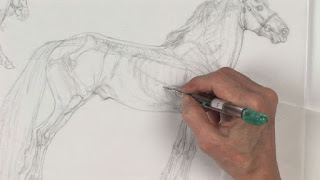 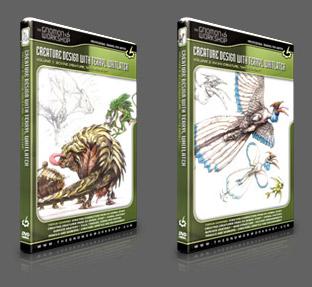 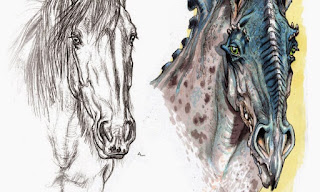 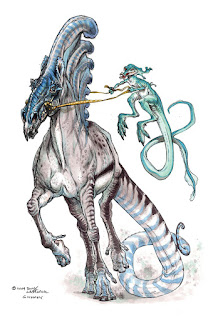 Terryl's schedule often brings her to conventions where Stuart Ng Books also exhibits. Here are links to some blog posts for photos and more info on these appearances...

She is the artist for Copic's online creature design course:  "Creatures of Almathea" https://imaginationinternationalinc.com/creatures-of-amalthea/ Copic recently made the entire course available for free -- bringing world class instruction and tools to eager students. 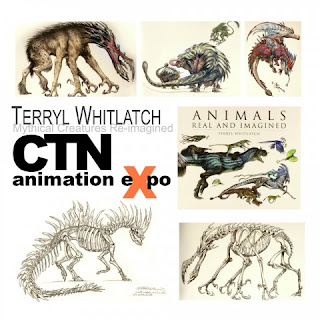 This annual convention, held in Burbank each November, has become the premier event for animation. Terry has been a guest for live drawing Demos, panel speaking engagements, "breakfast with the pros" networking events, and a artist guest at exhibitor booths.  http://stuartngbooks.blogspot.com/2014/11/snb-at-ctnx-in-burbank-nov-21st-23rd.html 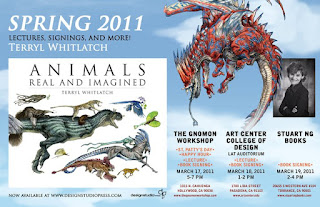 Her previous art book has been a consistent seller in our store and at conventions... 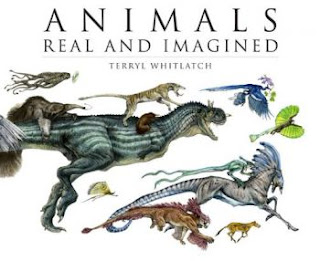 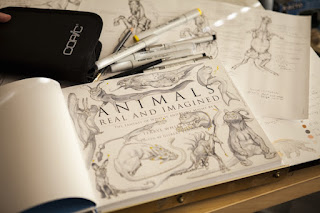 Trained as a scientific illustrator and paleoartist, Terryl has worked with museums to reconstruct rendering of prehistoric animals based on fossil specimens... and with wildlife groups on public education campaigns for conservation efforts.

During her long tenure at Lucasarts and Lucasfilm, Terryl designed not only creatures.. but their habitats and ecology. Her extensive notes and ideas for this film concept work evolved into the beloved book project The Wildlife of Star Wars: A Field Guide.. a must-have reference title for Star Wars fans and creature designers... 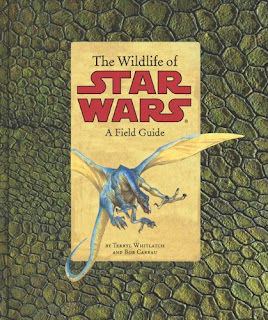 She was also the creator behind another collaborative effort... The Katurran Odyssey. 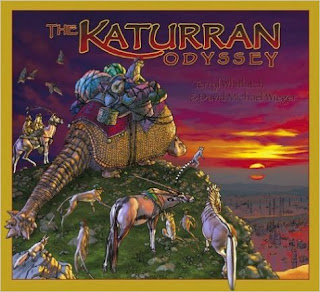 Terryl's animal art and vivid landscapes bring magic to this tale of a banished young lemur, Katook, and his adventures with a vain Quagga named Quigga, on his search to solve a mystery and find a new home. 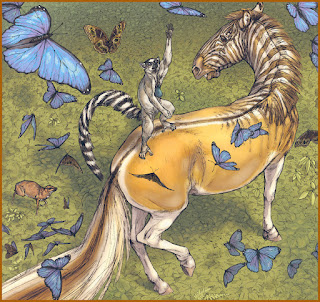 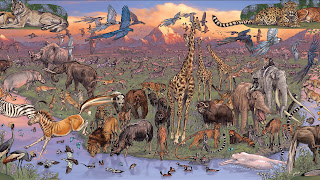 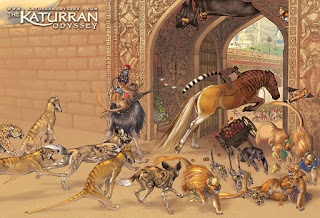 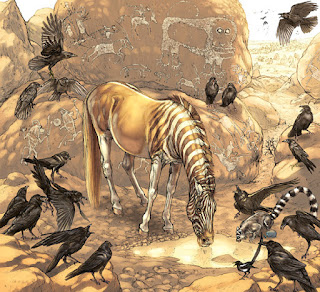