For some time, I've been meaning to learn more about the artist George Ford Morris (1873-1960). He's best known for his equestrian art. These samples of his work are from Google Images... 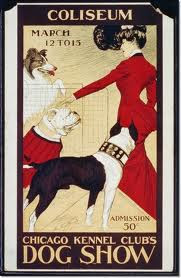 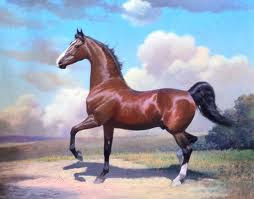 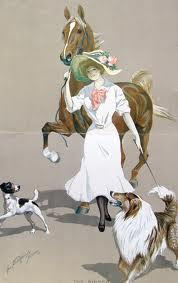 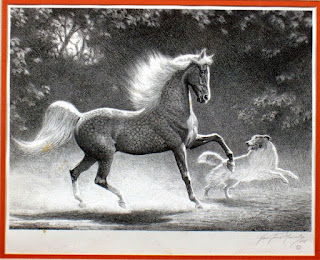 The George Ford Morris story I heard that lingers with me is that most of his portraits of horses and dogs are of pets... specific animals that were obviously loved enough to have a work of art commissioned. You can read a short bio on Morris at www.Horseandhoundart.com

Photo below includes Morris portrait of collie Sefton Hero (top row center). This dog was imported in the early 1900s by JP Morgan, at a cost of $6,000 (that's turn of the century price.. so add zeros for today). 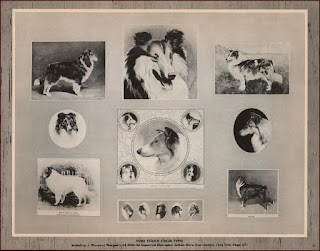 George Ford Morris was the foremost American equestrian artist of his time. He documented the fast changing world of the horse in American history in the early to mid 20 th century. He was equally talented as a painter, sculptor, illustrator and lithographer. He was mainly self-taught but attended classes at the Art Institute of Chicago in 1888 and later at the Academie Julien in Paris (1925). In the early twentieth century, Morris worked mainly from his Thirty-Third Street studio in New York City.
Posted by aw at 3:11 PM