This is is the first of two posts with my notes from this talk. There was no moderator .. just the guests and the audience of about 200 students and professionals. This talk exceeded my expectations on all levels. Here are two views of the venue .. (these are the only photos I took at the event). 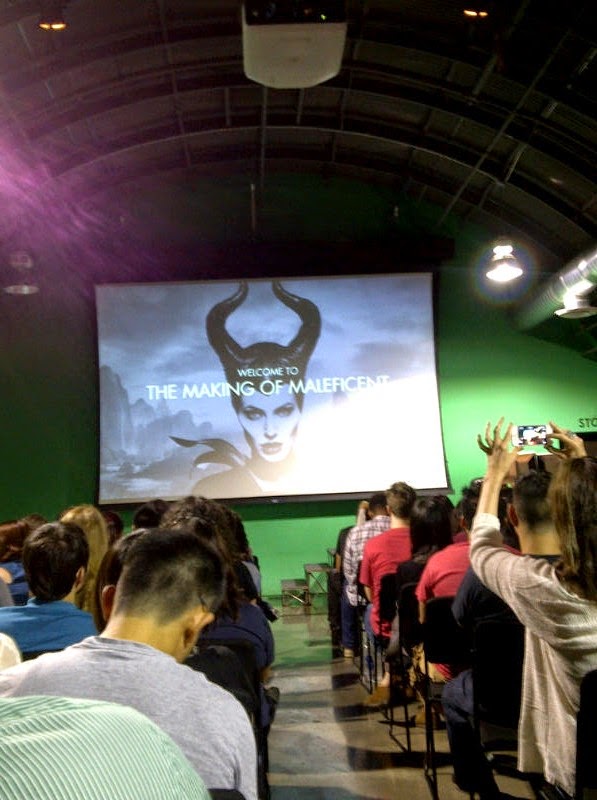 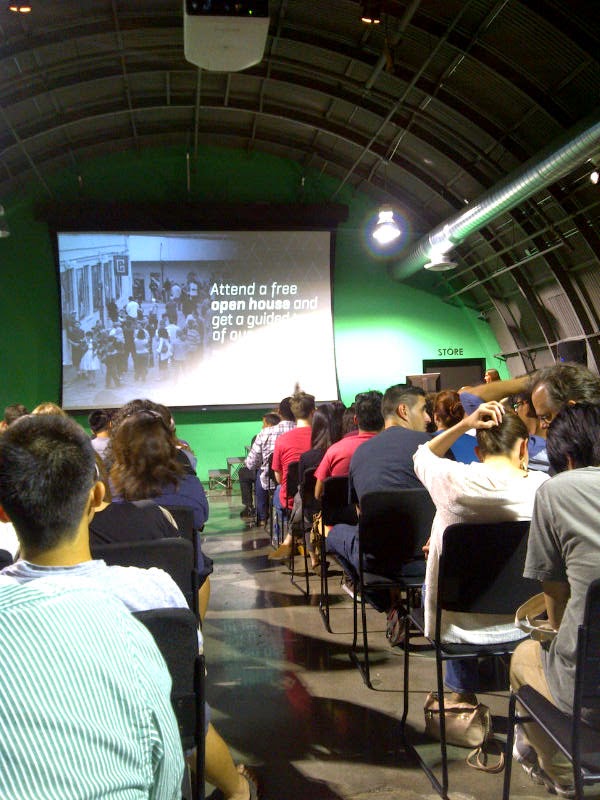 The rest of the images in these two posts are pictures I found online. Sometimes I was able to find and post the same images used during the presentation. In other cases, I've shared images I felt were reasonably similar to what I saw and/or heard that night. Remember folks ... this blog is my best effort to share experiences and topics I hope will be helpful to SNB patrons and others interested in Illustration, Animation and Comic Art.

Here are pics of the guests  .. 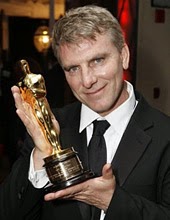 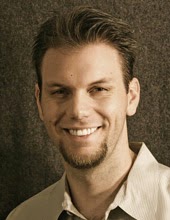 The talk was informal, but well structured. There was an amazing amount of visuals. The program started with an opening salvo that most presentations would spend the whole event building up to … a cascade of sketches and photo manipulated images of Angelina Jolie as variant Maleficents (different make-up effects; costumes with wings; without wings, etc)

Here are two images I found online that were also used during this part of the talk: 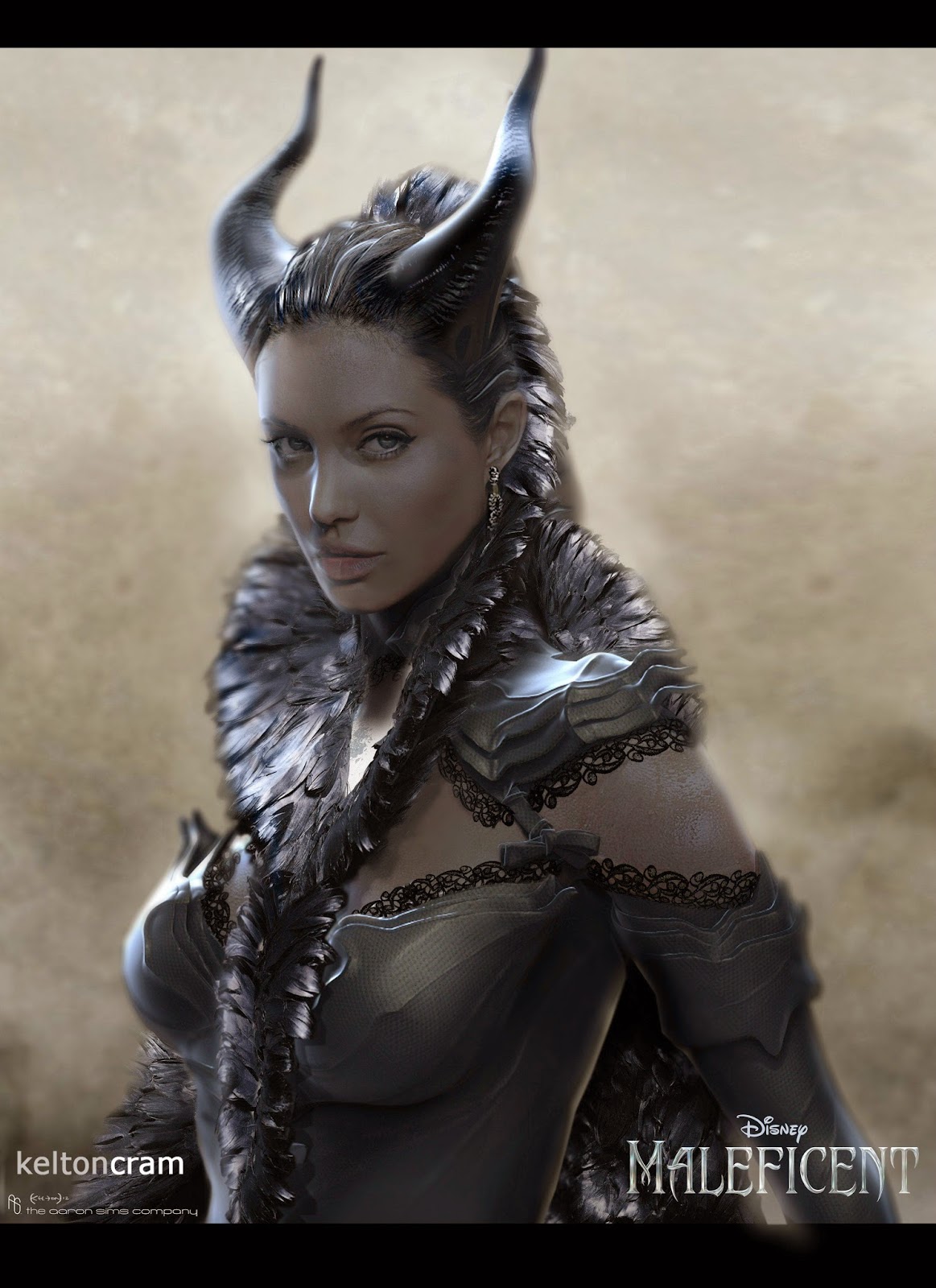 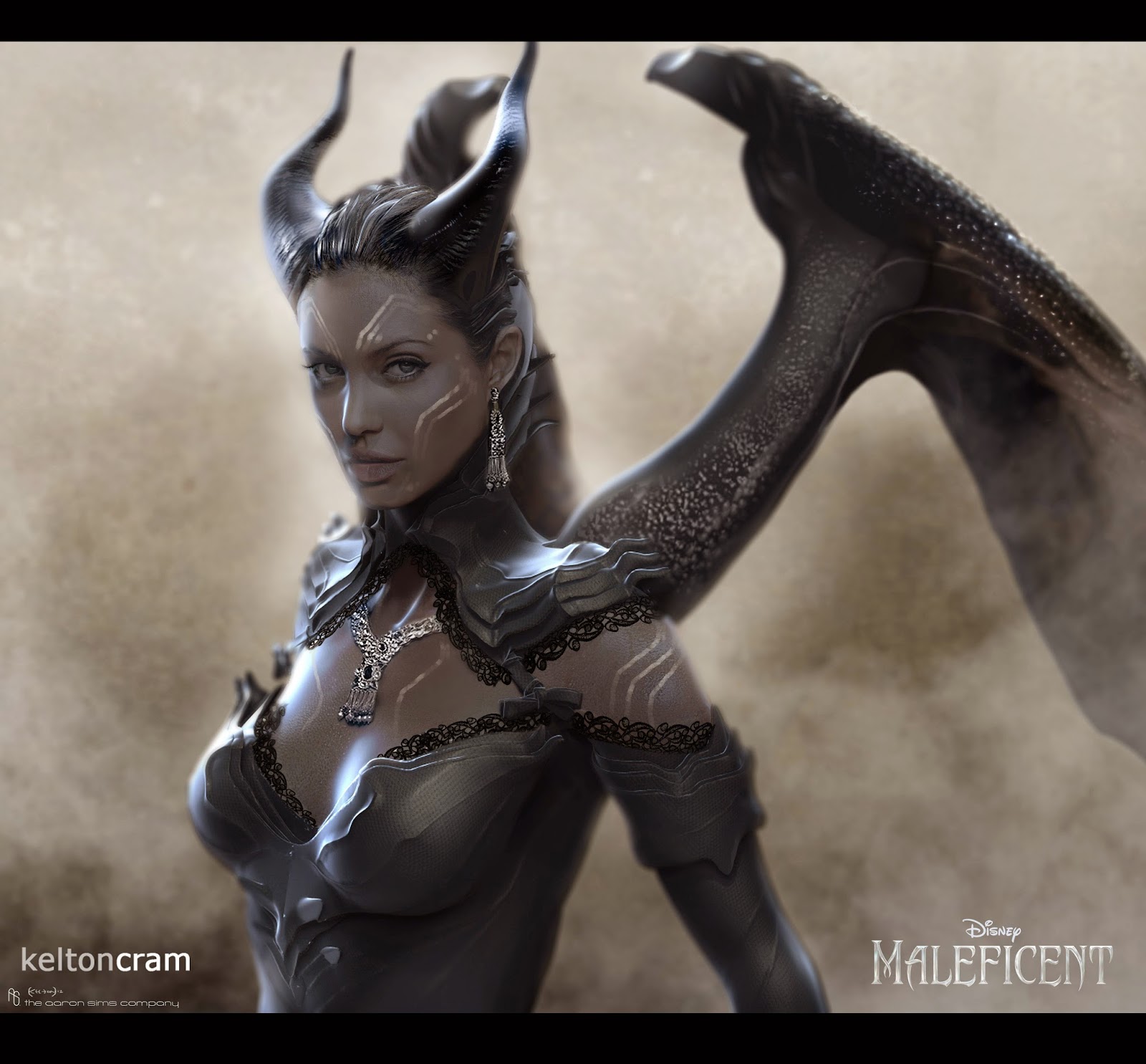 The talk began with how Robert and Dylan got started in the industry... then followed with how Robert’s pitch for the Maleficent project was presented. This segued into sections on concept art and development in the following categories: Maleficent lead character… Faery World … Faeries … Dark Faeries … King’s Castle... Human World... Dragon... Ruins... and the Thorn Wall.

Robert set the tone for the talk by discussing artists in general – who they are and what drives them.
These opening remarks also established the re-occurring theme: It all starts with drawing!
Artists draw pictures … he started in childhood with the Disney books. Artists have an intent desire to pay attention to details. There’s interest in drawing.. But mostly it comes down to lots of practice and REPETITION.

Dylan met Robert 10 years ago while they were both working on the film “Chronicles of Riddick.” They soon became part of small group of artists (at Lightstorm?) that worked together on a series of films.

Throughout the talk, they stressed the importance of being part of a group of artists who know each other and work well together.

Robert credited his relationship with producer Joe Roth for paving the way to his directing debut. After “Oz the Great and Powerful”… it was Joe who approached Robert about directing and mentioned the Maleficent script at Disney. The Linda Woolverton script had been around for a while. Joe asked Robert if he might have a take on that material … and Robert had a very limited time frame to prepare his pitch.

So he called on Dylan to help …. (here's that collaboration/teamwork thing in action).

Together with Dylan and Steve (??? last name not mentioned) they “powered out” twenty paintings, doing two or three paintings a day, so they could bring a portfolio of concept art to the pitch meeting.

Dylan mentioned that Robert’s two Oscars also gave him credibility in his new job as a director .. and Dylan talked about getting his own first-time assignment as Production Designer on Maleficent was due in part to lots of previous working relationships as well as lots of experience with other projects. Shortly after he was hired, he was put in charge of the art department in , and was paired up with set builder Gary (???) who was the “nuts and bolts” go-to guy. 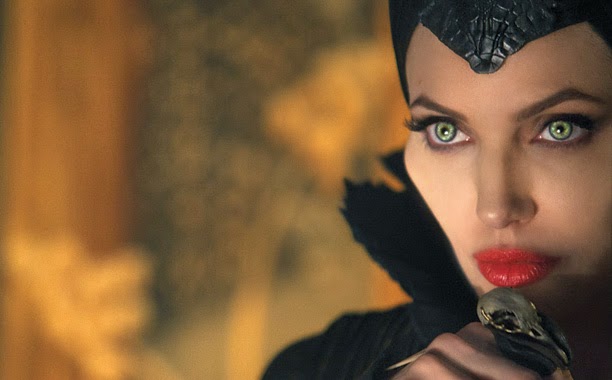 The first piece of artwork shown at the pitch meeting was Robert’s full-body portrait painting of his vision of the Maleficent character. The towering image projected at the talk showed her in a sweeping dark costume, holding out a version of her walking stick/staff (Dylan explained that the stick went through many versions, but ended up being very close to this original design), composed in the frame so that the viewer looks up at her in all her power and strength.

(Sorry it's not included here; I've not yet found this exact Stromberg concept art image on line.)

While this painting helped establish Robert’s vision for what became the screen-realized Maleficent, there was a lot of further development that went into the look of the character.

This singular image was followed by a waterfall of renderings showing variant costume and make-up concepts for the title role. 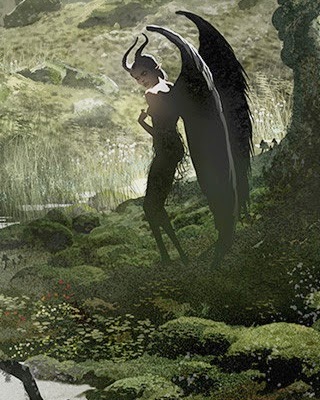 As the many, many images flashed by, Robert also discussed how “part of hitting the target is NOT hitting the target.” Tangent ideas included giving Maleficent cloven-hoofed feet … they even went so far as to develop possible shoes.

Likewise, more rounds and rounds of ideas during the design process helped explore the other characters, the setting and the mood of the story … and all these ideas help communicate the personalities of artists you are working with. 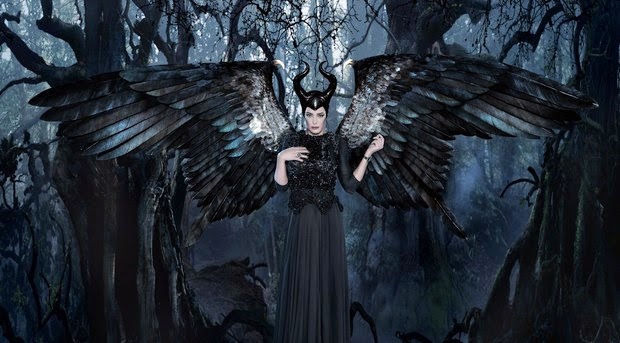 Throughout the talk .. both Robert and Dylan returned again and again to the idea that being able to collaborate with the right team of people is vital .. and you must get to know the personalities of the people on the team. They stressed the depth of talent involved --- and recognizing the strengths of others on the team.

A massive amount of artwork was produced as concepts for the environments and characters in the Faery world were explored. Various images showed the many renderings of themes such as 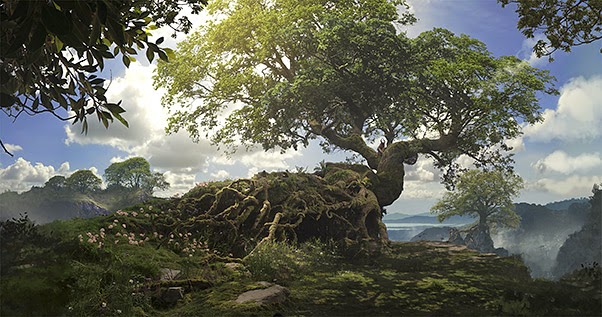 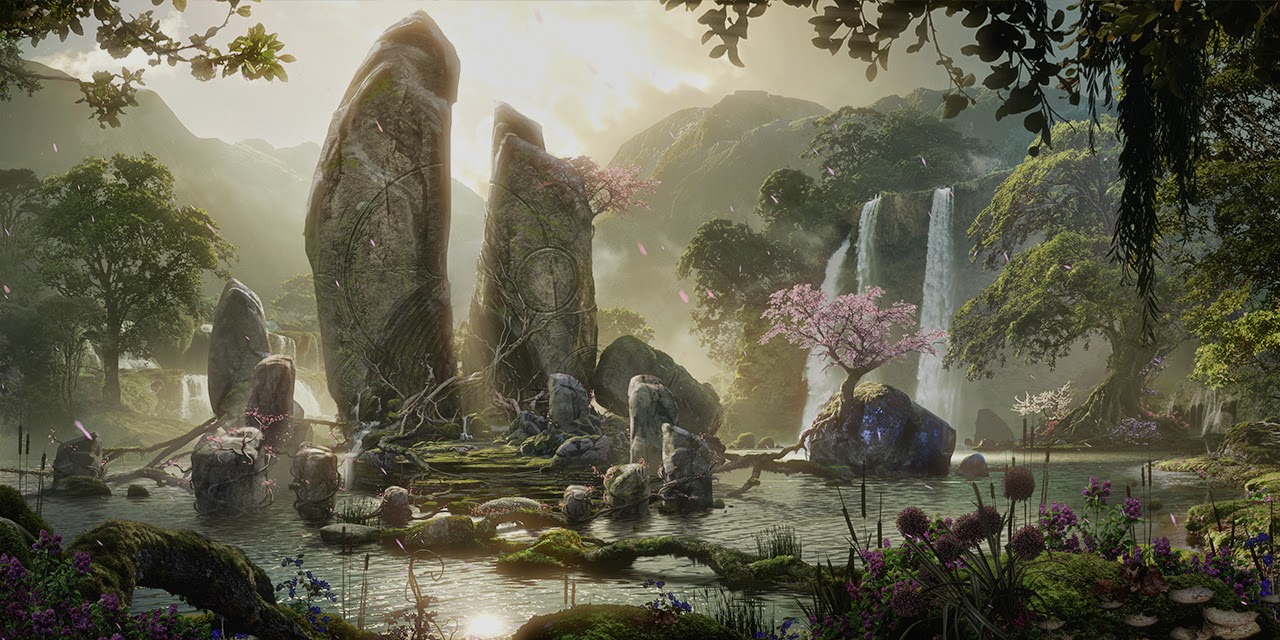 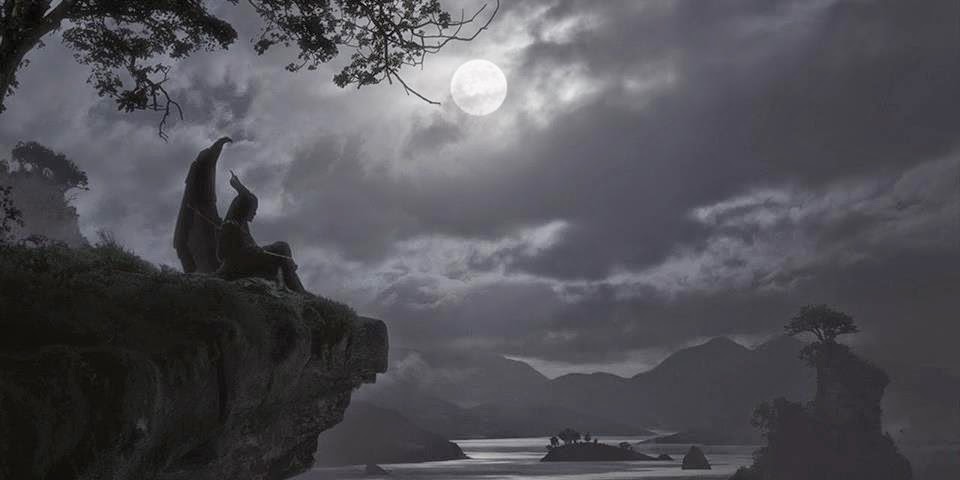 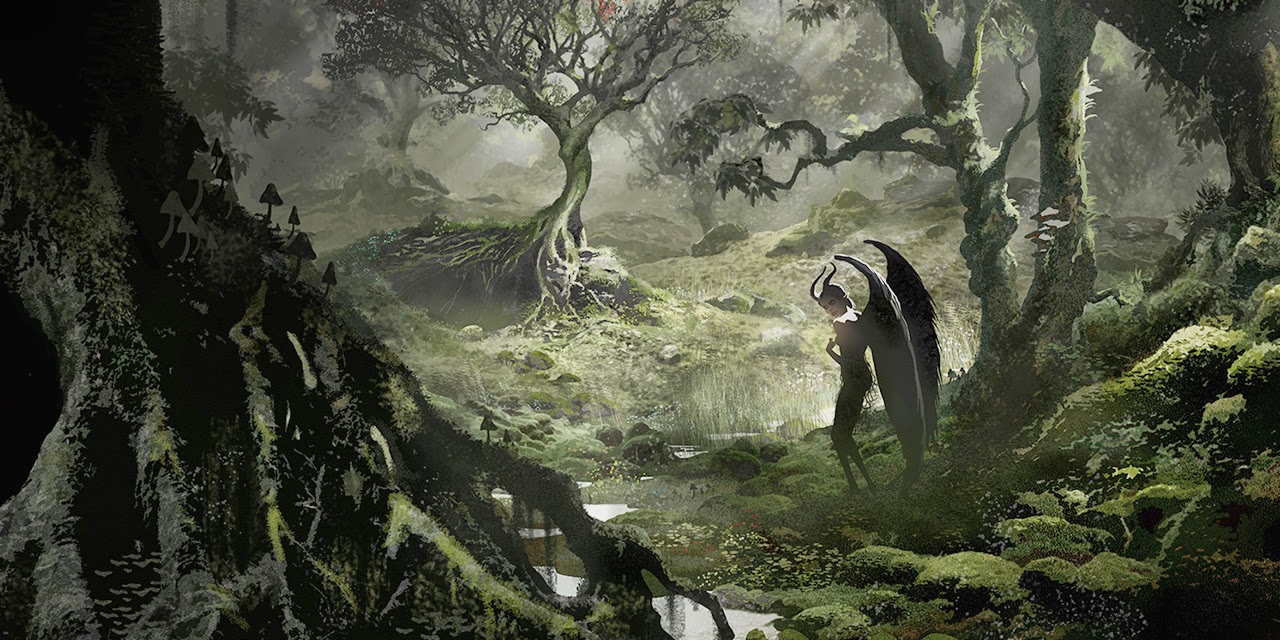 Dylan commented how some of the pictures went to great “let’s get crazy” extremes… which then went into “let’s dial back” phases. Robert added that the vast quantity of images “allows you to zero in” on what’s working and what you want. Most of the paintings were done in one or two days … from a few hours work to 12 hour days.

This portion of the talk segued into Dylan talking a bit about his background. He had a fine arts degree from UCLA, but no formal art training. He really started learning his current craft during a summer internship at ILM. He described himself as “the most annoying, persistent intern … always hanging around and watching the pros and asking questions.” After that summer, it was a period of “brute force” where he just locked himself in a room until he mastered the skills and computer knowledge he needed to move forward.

(At that point, Dylan didn’t seem to notice, but there was a ripple of recognition through the audience as folks in the crowd shuddered at the effort and talent his “brute force” phase expressed). Dylan discussed how an artist has to have the “emotional drive” to create --- and how even today, if he had a day job flipping burgers, he would be at his computer every night painting.

Here's early concept art by director Robert Stromberg for one of the faeries... 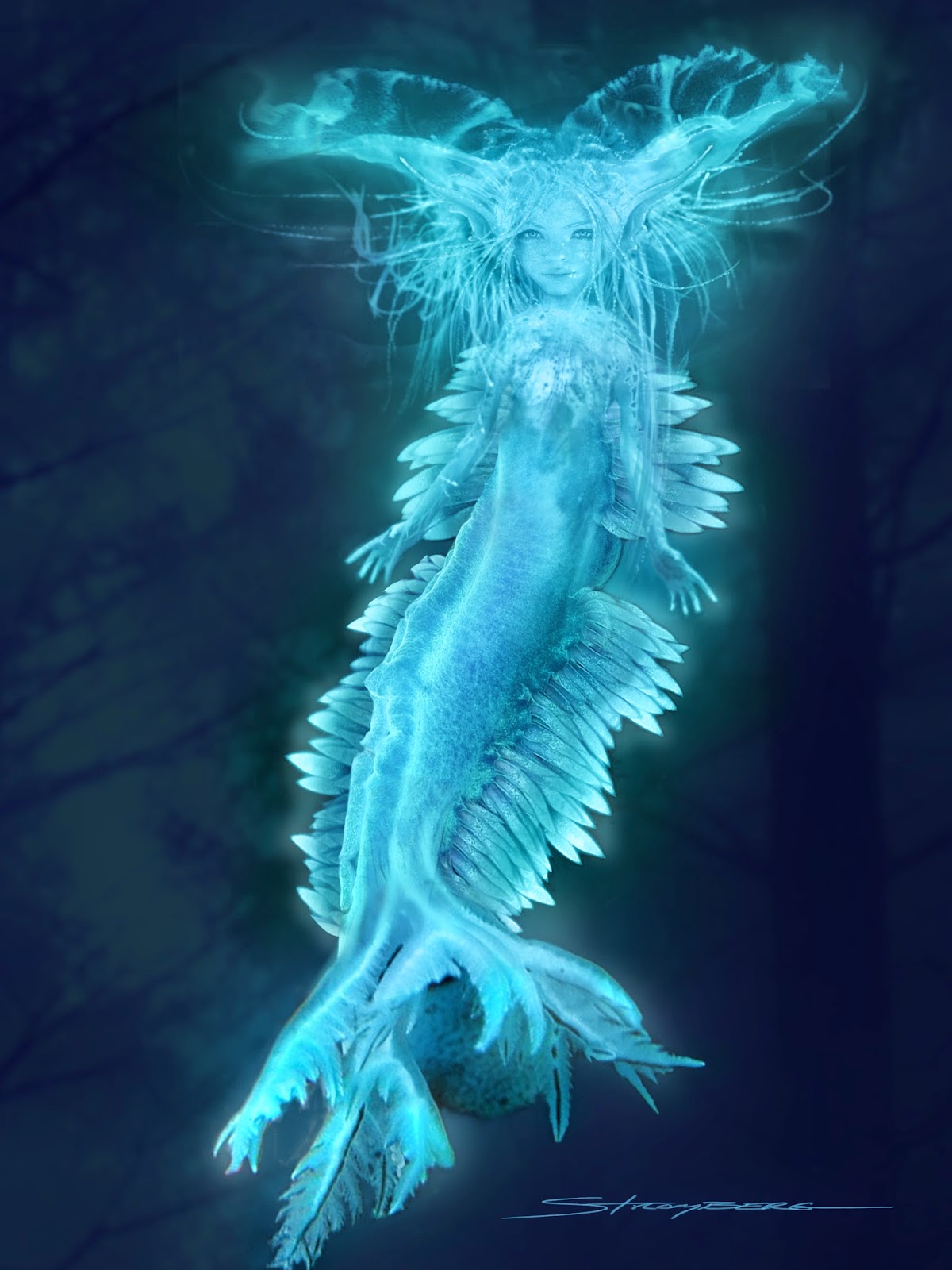 The Sleeping Beauty story is familiar … and the challenge was to find new ways to render landscapes and characters that would feel fresh and surprise the audience.
Both Robert and Dylan stressed that it is HARD to develop an original creature.
A creature must exist in the environment and make sense there as well as in the story. Everyone “knows” what faeries and pixies and dragons look like …. How do you realize them in new ways???

This is Dylan's painting of concept art for the wolf that raven Diaval is transformed into.. 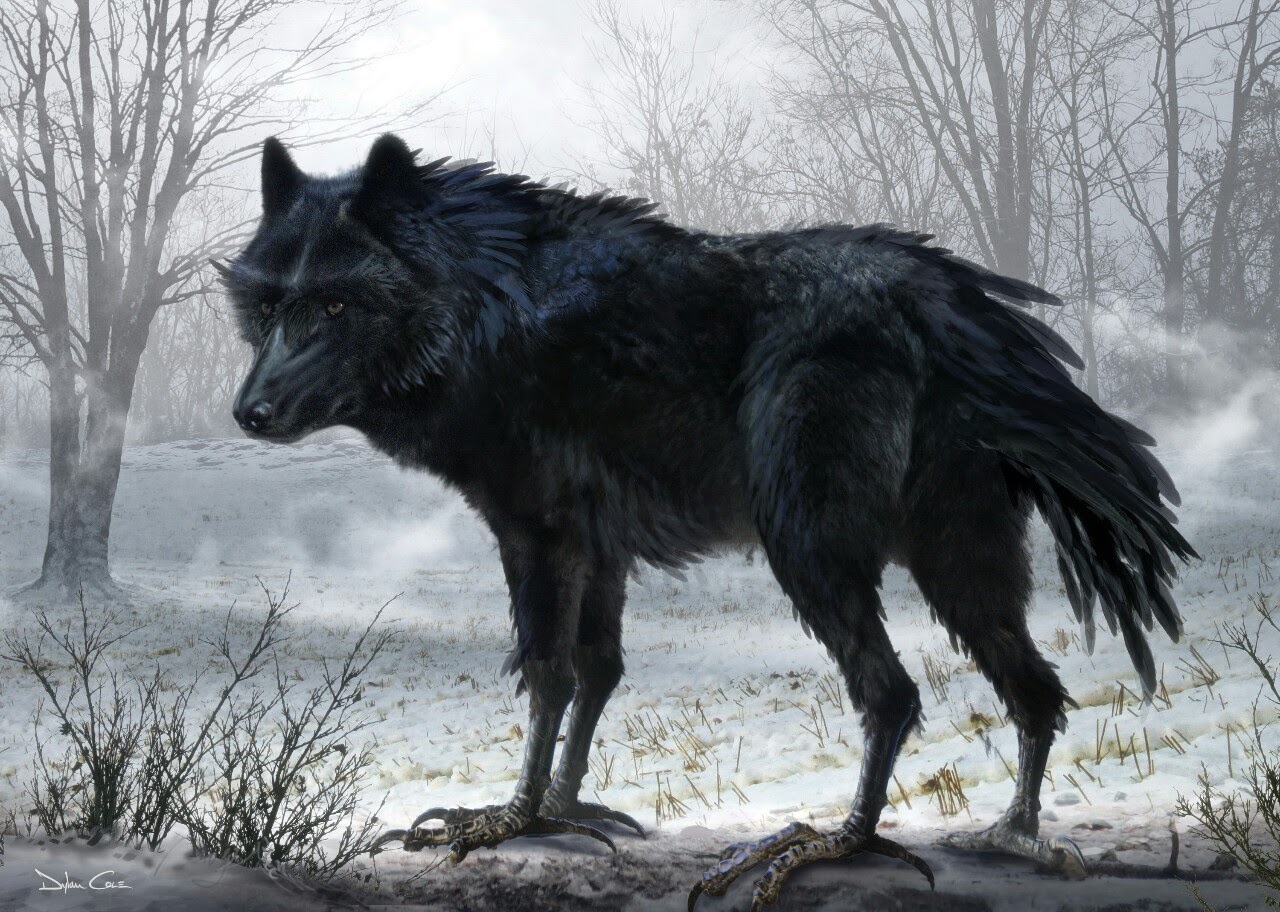 Some success stories included images of how the characters are imbued with personality through their eyes …. Some artists are really gifted at rendering characters that come to life with expression and emotion. 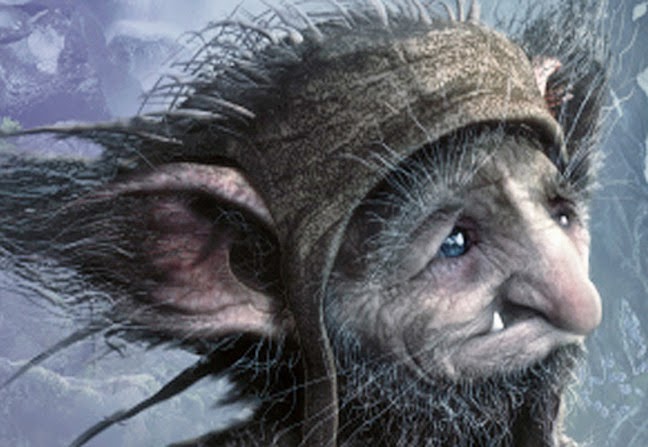 Also, the characters needed to fit with their “jobs” in the forest world  --- for example, some were mushroom pickers. 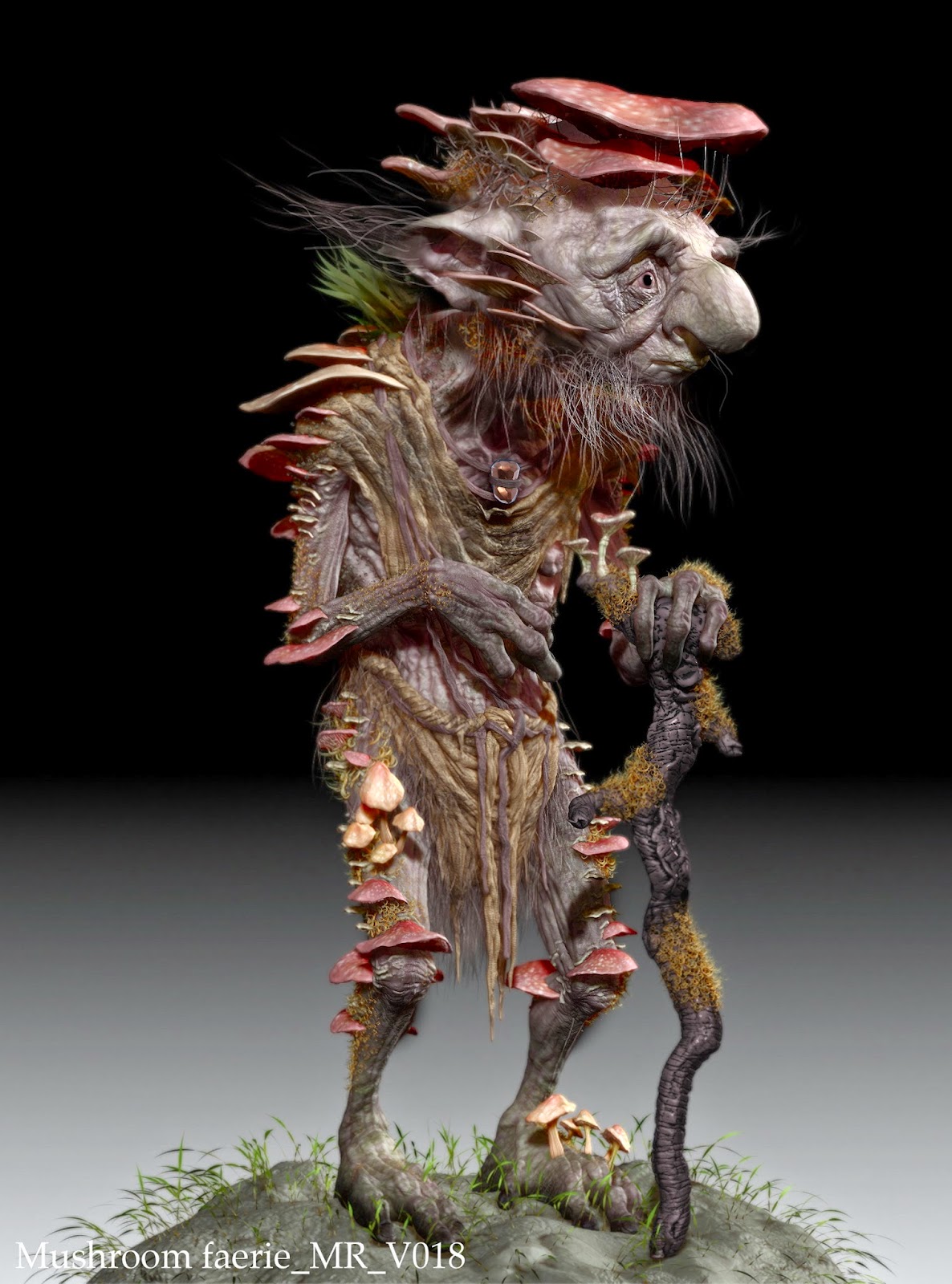 The characters couldn't just have a catchy design and take up space in the landscape --- the goal was to have creatures that expressed credible form and function. 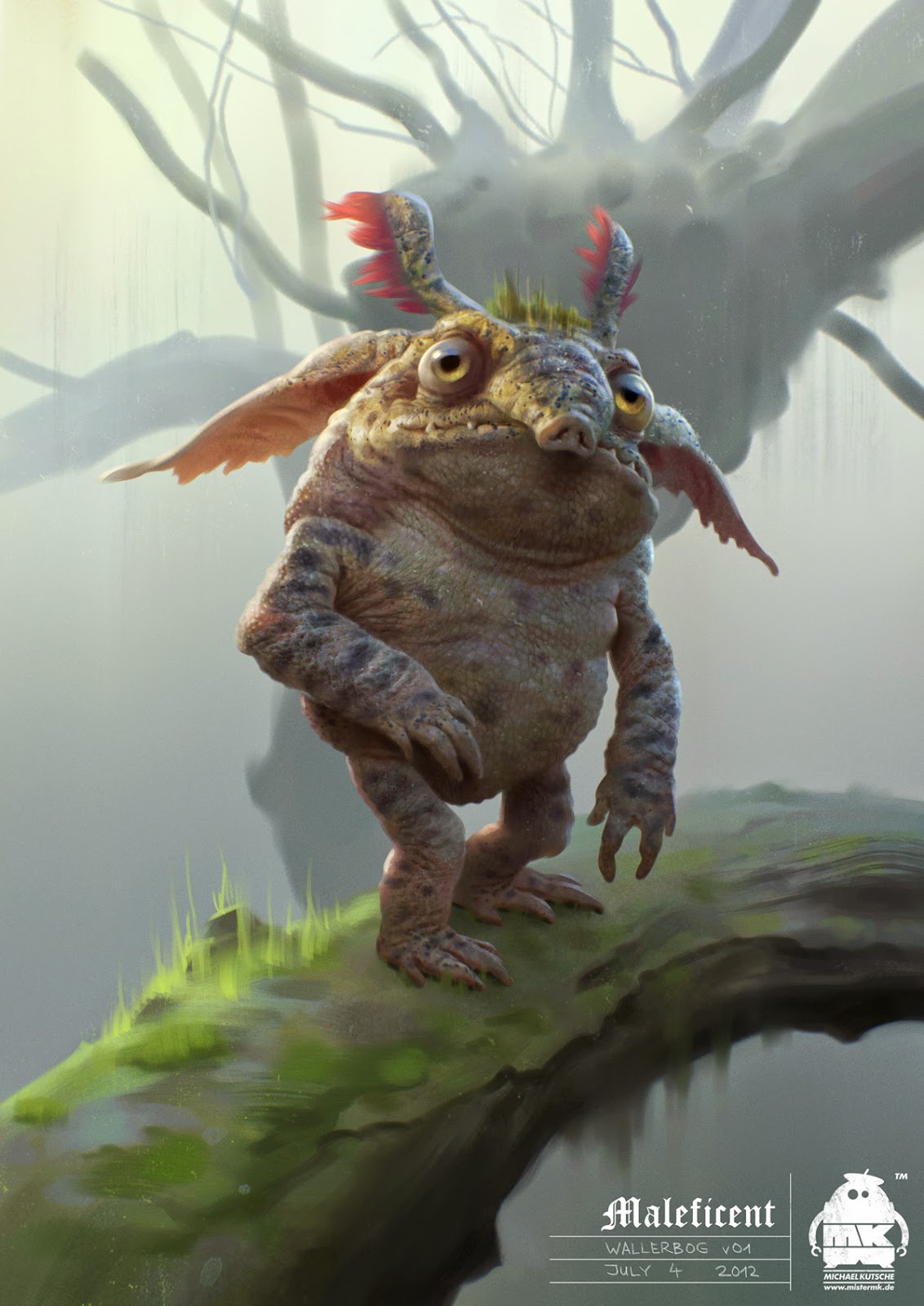 There were also budget considerations. The three CG pixies were “a ton of work”. They presented a long period of struggle with their designs. In the end, it cost about $50,000 to have 1 pixie in 1 shot .. 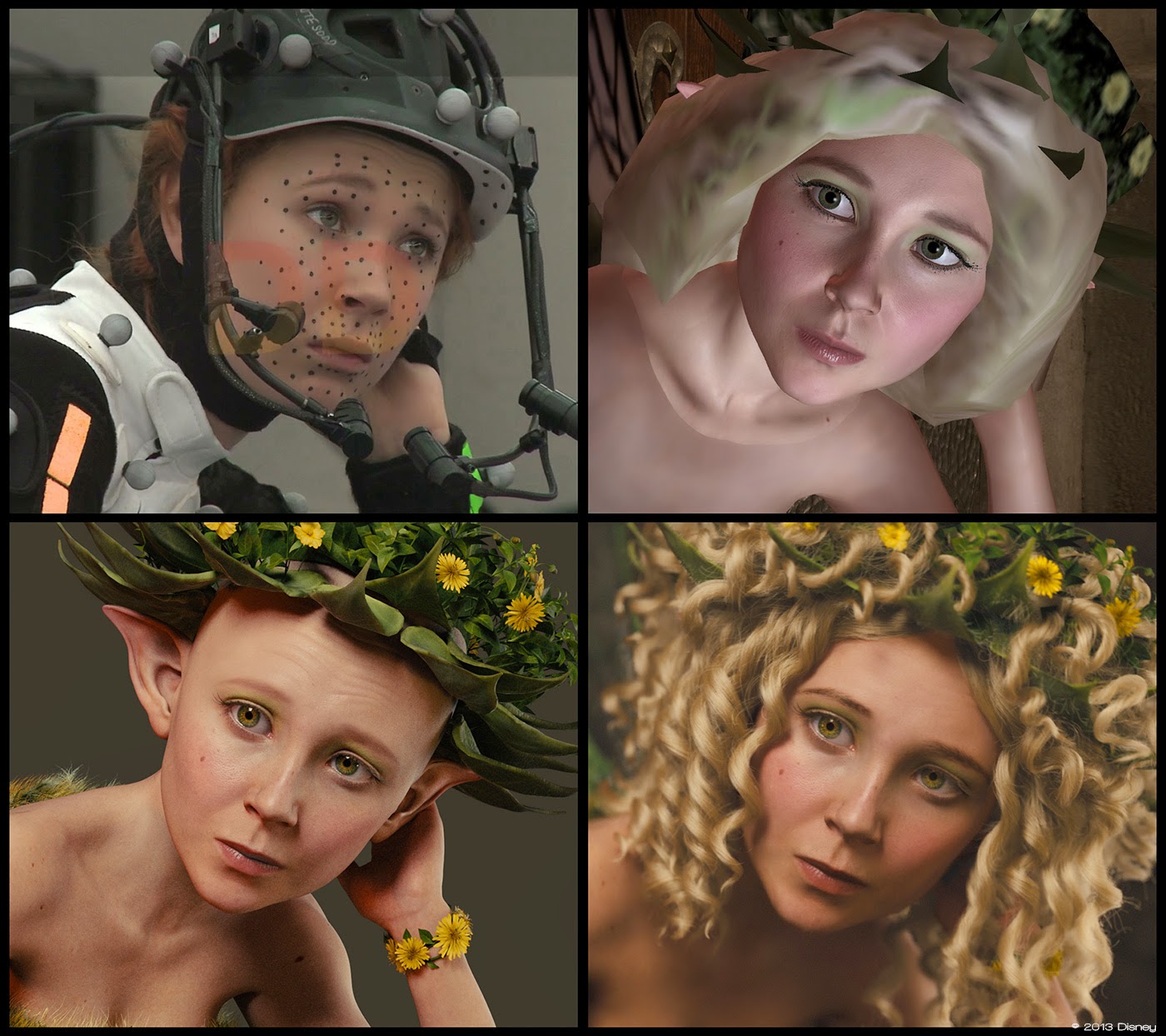 and there were 3 pixies in the movie. 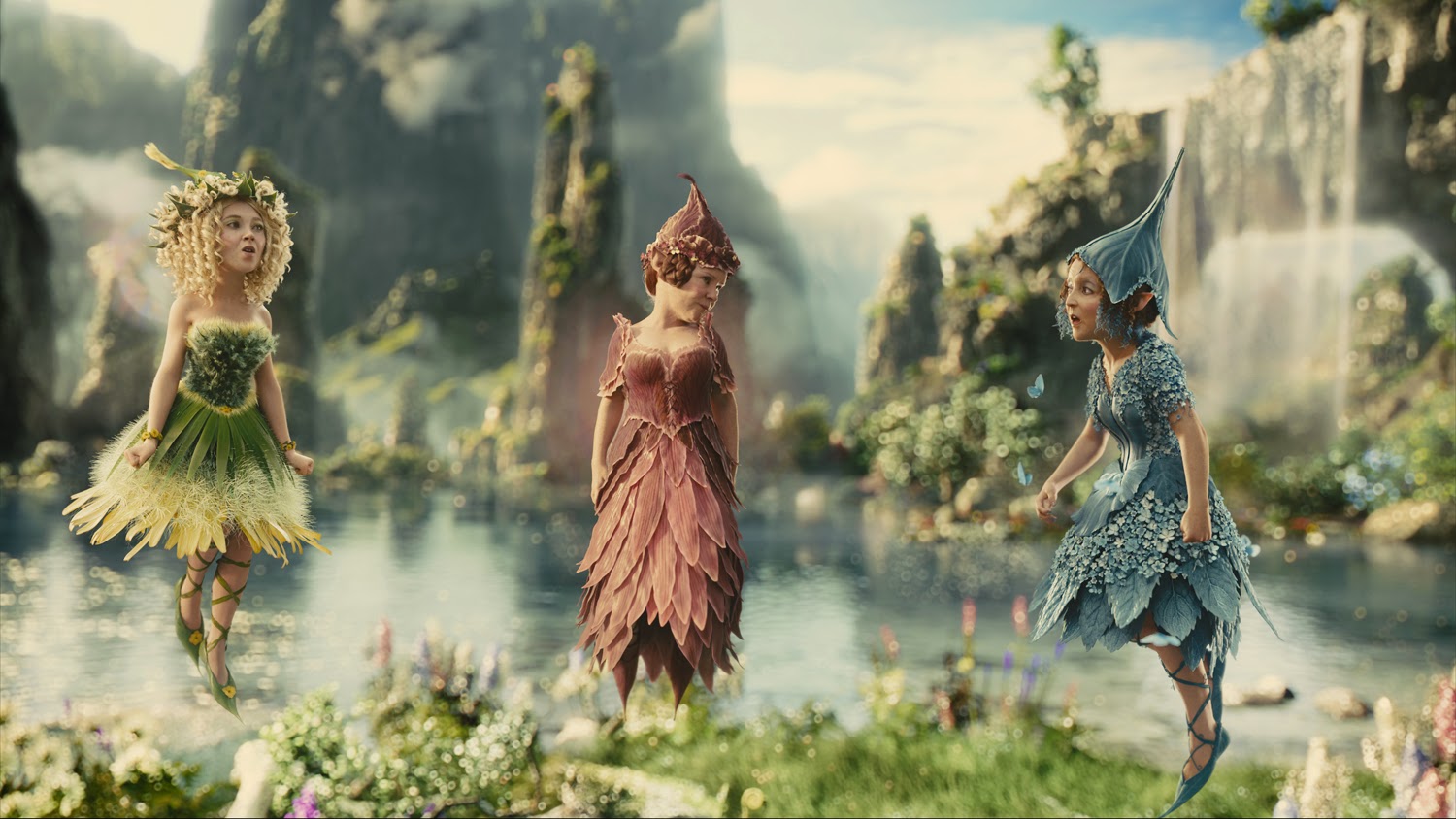 In addition to these challenges …. Robert, Dylan and the design team also had to limit how dark to take the designs and “accept this was a Disney film … not The Dark Knight”.

There were many mentions during the evening that effects and creatures had to be appropriate for “9-year-olds” in the film’s audience. The dark characters --- and the "good guys" who had dark edges ---  had to be “family friendly, acceptable and accessible.”
(The image below WAS NOT included in the talk, but I found it online and add it here to illustrate the point above) 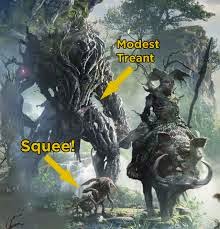 These  Moors guardian characters were "good guys" ...but they packed a punch!

When asked about the time frame for development and production, they mentioned that the pitch happened in 2011... after which they had about 4 months to do all the design work and start shooting. The design work included not just renderings … but also old-school set building. While much of the picture was done with digital artwork  ... there were still sets like the throne room where all sorts of details like molding on the stair case had to be designed  ... then sculpted, cast and installed by artists. Not to mention the costumes .... 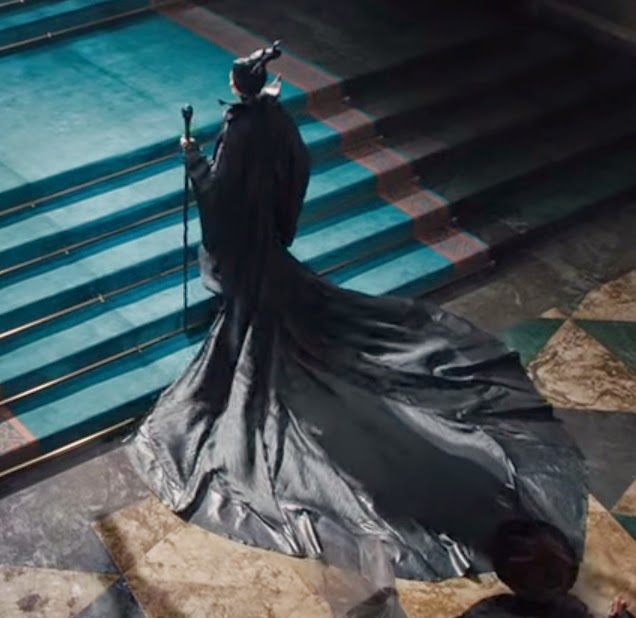 There was a place during production known as “the War Room” that was covered with all sorts of concept art. The team and crafts people could go to the War Room and re-visit the inspiration for what they were all working on.

Some of the other design challenges included learning to balance the new look of the film with the classic, Eyvind Earle design of the animated feature. 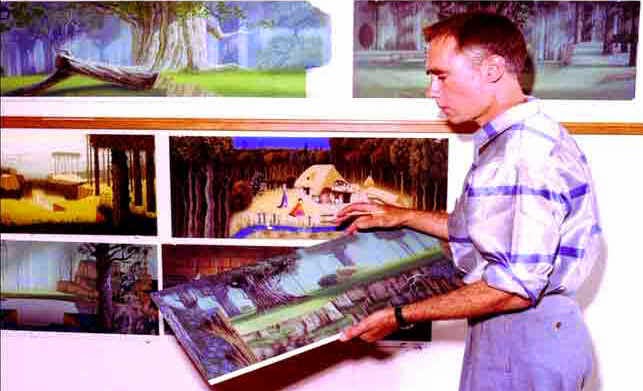 At first, they considered the idea of sticking more with the graphic, Earle-inspired design. However, they soon realized that live-action had different requirements for the environment. A world that was too stylized might work against some of the most emotional moments in the live-action story (for example, the impact of live-action performances might be compromised if the audience is suddenly distracted by “that really square-looking tree” in the background of the scene.)

Here are two concept art paintings Dylan did in the graphic, Earle style ...