This link with tips on SDCC for first-timers has been making the rounds on FB:
http://www.melancholyball.com/2019/07/how-to-do-san-diego-comic-con-a-guide-for-first-timers-and-or-the-easily-disoriented/

More on SNB at SDCC 2019 from Stuart's most recent email newsletter..
Get his newsletter directly via this link from the SNB website: https://stuartngbooks.com/join-our-mailing-list.html 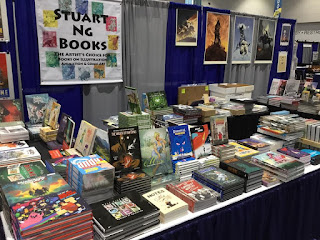 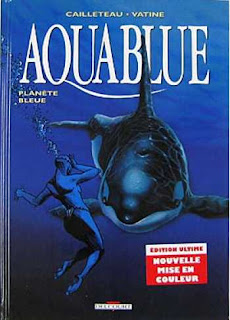 Olivier Vatine is making his very first appearance at San Diego Comic-Con this year. His graphic novel Niourk is nominated for an Eisner Award for Best U.S. Edition of International Material. The Eisner Awards Ceremony will be Friday night at SDCC. 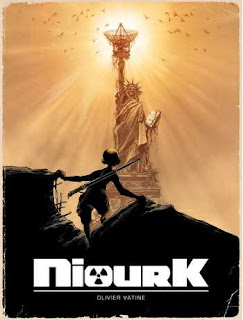 Olivier will be signing his books and prints (likely with a dedicace/sketch), original art, and accepting on-site commissions (the latter as his convention schedule permits). 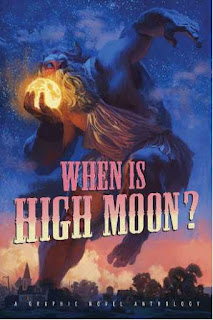 In 2008, a group of Walt Disney Feature Animation's Story Artists challenged themselves to create their own comic stories that they would self-publish as an anthology and sell at San Diego Comic-Con. That anthology of comic book stories Who is Rocket Johnson?was a great success and led to What is Torch Tiger? (2009), and Where is Dead Zero?(2012).

And now in the long awaited fourth volume in their comics anthology series, 44 Disney Animation artists attempt to answer the question... When is High Moon?

Among the contributors are a number of friends and artists whose books we carry or have carried, including John Musker, Jeff Ranjo, Brittney Lee, Brian Kesinger, Griz & Norm, Lorelay Bove, Paul Felix, Sunmee Joh, David Pimentel....

When is High Moon? is available as a trade paperback https://stuartngbooks.com/when-is-high-moon.html

and a signed limited hardcover edition.https://stuartngbooks.com/when-is-high-moon-signed-limited-hardcover.html
Posted by aw at 4:28 PM