I first discovered author Madeleine Holly-Rosing's "Boston Metaphysical Society" project via a post on the Facebook page for science magazine "Physics Today." That followed with a visit to her table at the Big Wow convention last April. More about the background here on this post...http://stuartngbooks.blogspot.com/2015/04/get-inspired-boston-metaphysical.html 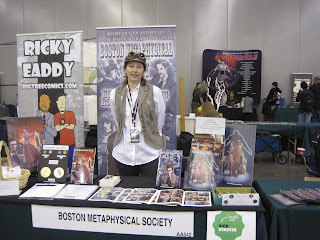 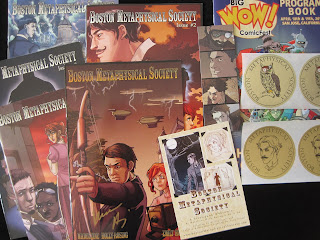 Madeleine's own story about how her project came together .... via creating her story as a comic, hiring an artist Emily Hu (also colorist Gloria Caeli and Fahrize Kamaputra; letterer Troy Peteri etc), and funding publication through Kickstarter... captivates me as much as the characters in her steampunk fable of ghost hunters partnered with some of my favorite heroes from science history ( "Tesla" is much more than a cool car)....
Below is 1916 "Blue Portrait of Nikola Tesla by Vilma Lwoff-Parlagha, 1863-1923) 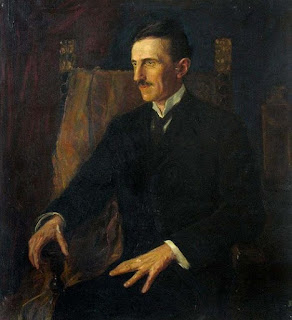 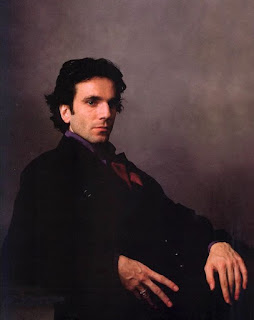 Ahem... sorry...I digress...
.
Madeleine shares her "how-to" tips about funding a $10K and under Kickstarter in workshops for indie creators. Here's a link for info on the one-day workshops, locations and how to register..

Summary of the workshop from the link:

Having successfully funded two Kickstarters for her comic Boston Metaphysical Society in 2014, writer/creator, Madeleine Holly-Rosing will share her very specific and practical strategies for running a successful Kickstarter with a goal of under 10K. This class is designed for individual creators who cannot afford to hire a team or a PR person.
The class will cover:
Having failed to reach her goal on her first Kickstarter, Madeleine snatched victory from the jaws of defeat by re-strategizing her campaign. Re-launching 3 months later, the second campaign was fully funded in less than 48 hours and the third was 109% funded.

If you're in the So Cal area...come check it out. Get useful tips instead of learning the hard way.

UPDATE 7.9.16
More on Madeleine and her latest books in this Author Spotlight on the Book Lemur page
http://www.booklemur.com/authors/madeleinehollyrosing.html