Day 4 of 7 Days of Books I Loved -- Adaptations

Day 4 of books I loved. Adaptations. These 2 books introduced me to the idea that books were adapted for young readers, and if I liked the story, I could look for the unabridged edition in the main section of the library. These books also made me realize books were written by real people, who had lives I could learn more about.

Albert Payson Terhune (1972-1942) was a journalist, novelist, and prolific magazine short story writer. He probably never imagined his story about his collie chum "Lad" would secure them both fame and fandom for over 100 years. Even today, "Lad" fans visit the grounds of Terhune's pastoral home "Sunnybank" -- it's now a 9 acre public park on the shores of Pompton Lake in New Jersey. Readers can see the graves there of many of Terhune's canine companions. "Lad" also introduced me to the idea that there were dog shows. All of my collies, even the rescue ones, were exhibited at shows, matches, obedience trials, and public education events, sharing the beauty and character of the breed Terhune loved. 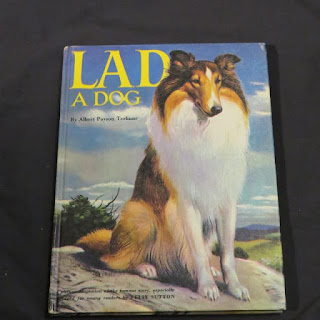 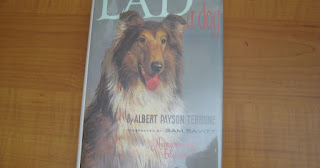 Previous post with more info on these books,
https://stuartngbooks.blogspot.com/2009/08/more-savitt-art-and-illustrated-terhune.html
also this post with more on Terhune, illustrators who contributed to his books, and Sunnybank today, with photos of the park, local library, and Terhune collection at the historical society museum:
https://stuartngbooks.blogspot.com/2009/08/sunnybank-terhune-bransom-kuhn.html

In 1997, Scholastic released adapted chapters from Lad:A Dog as individual books in its "Hello Reader" series. These were suggested for "level 4" readers in grades 2 and 3. The text was by Margo Lundell with illustrations by Don Bolognese.

I purchased all four when they were new releases. (Lad to the Rescue- January 1997;  Best Dog in the Word - April 1997; Lad is Lost - October 1997; The Bad Puppy- February 1998). To the best of my knowledge, these were only published as paperbacks with just these four titles issued in the series. 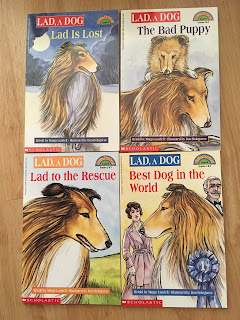 Each book had the same back cover: 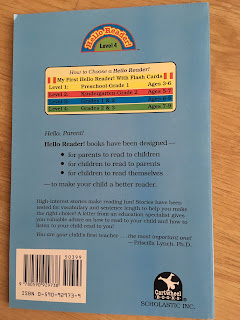 And this page at the end that revealed there was a real Lad and Sunnybank. 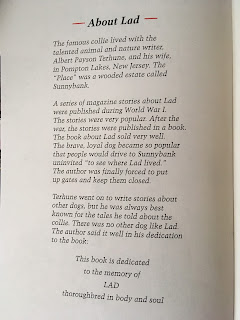 Walter Farley (1915-1989) was only 18 years old when he wrote the book that would launch his career: "The Black Stallion." He followed it with a long series of sequels. The 1979 film adaptation of "The Black Stallion" features a 20 minute island sequence.. just a boy and a horse with minimal dialogue.. that is epic visual storytelling (not to mention the rousing film score). 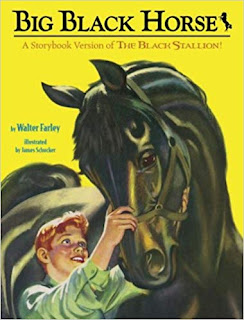 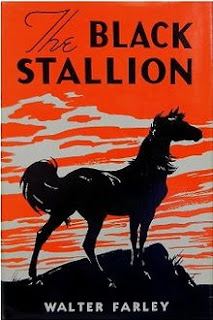 Previous post here on the blog about "The Black Stallion" has more about the film, and info on the real-life Arabian stallion who played the title role https://stuartngbooks.blogspot.com/search?q=black+stallion
Walter Farley bio from his official website (run by his son Tim)
https://theblackstallion.com/web/author/